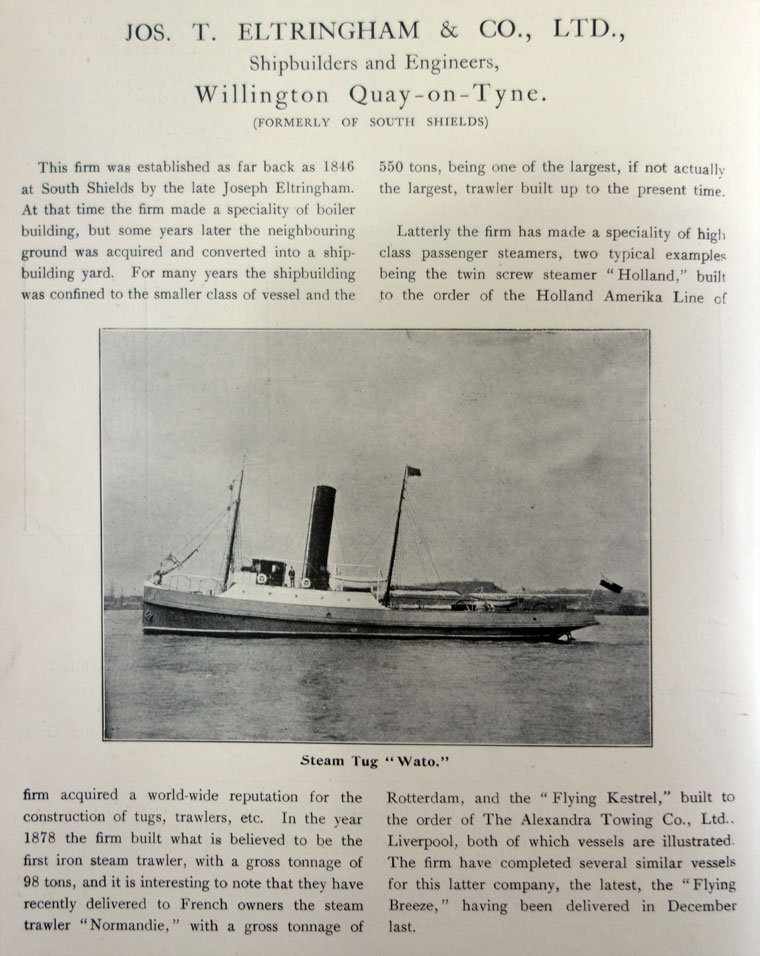 Joseph T. Eltringham and Co of South Shields was a shipbuilder.

1846 Commenced as a boiler and tank manufacturer

1864 Joseph Toward Eltringham opened a yard at High Holborn in South Shields on the North East Coast of England. The yard built seven small craft in its first year.

1878 Eltringham built the first steam trawler in the world: Normandie.

1900 He built a number of tenders for passenger line companies in addition to an annual output of 6-10 tugs and trawlers.

1910 The 26th trawler was delivered to the Prince Fishing Co. Ltd North Shields.

1914 After having built 299 ships the yard moved to more spacious premises; the former Palmer Yard at Howdon.

WW1 The yard produced fast patrol boats and the minesweeper Harrow (1918) as well as small tramps.

1919 The company was financially restructured

1922 The yard closed due to the severe recession. It had owned five berths of between 140 and 340 feet. One of the last ships to be built was the 4600 dwt collier Dalewood for William, France, Fenwick & Co. Ltd.