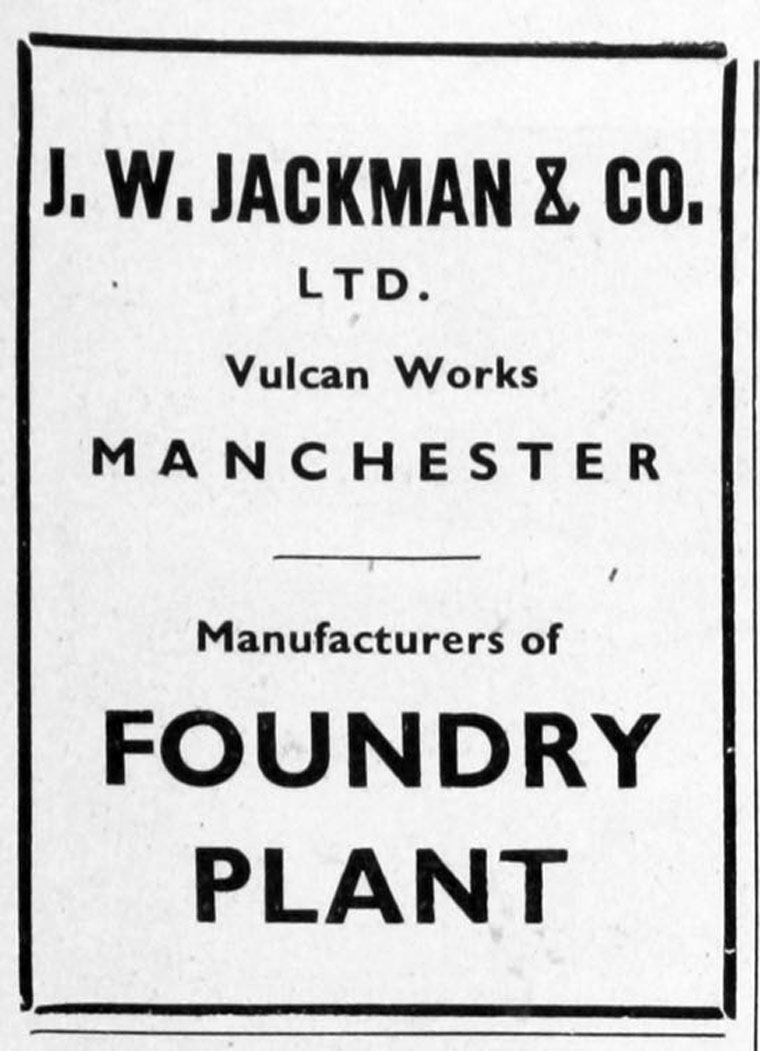 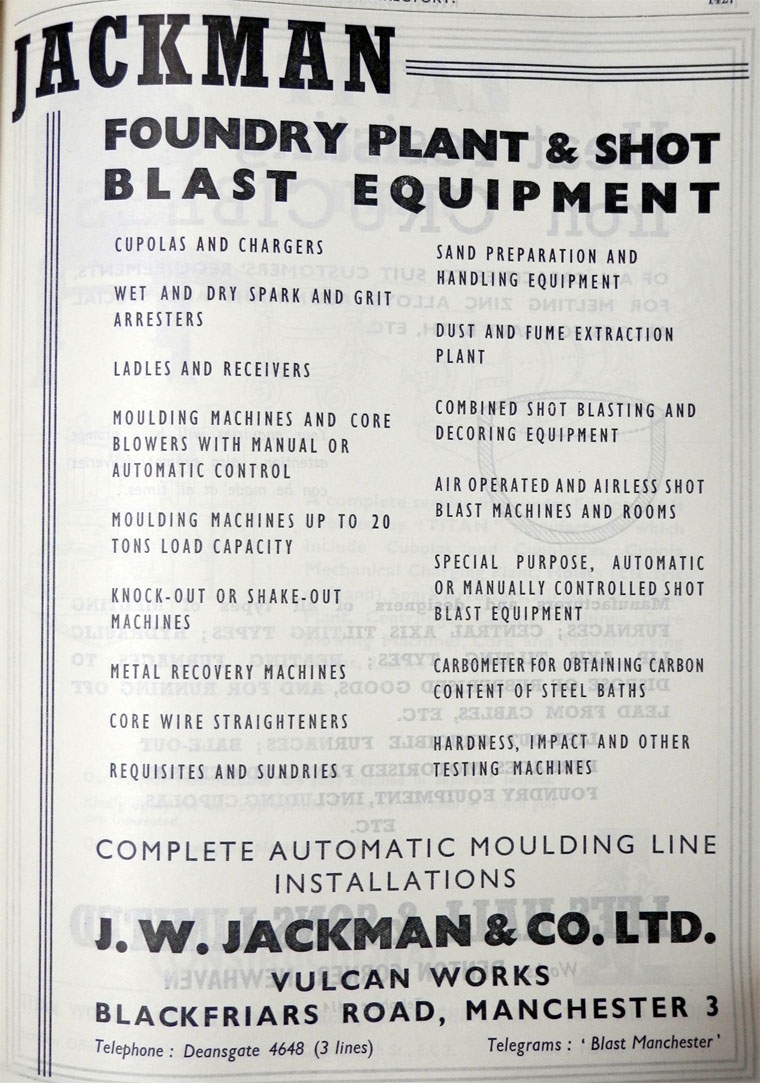 1900 The Business of The Pridmore Molding Machine European Agency from here on was carried out by J. W. Jackman and Co who moved to larger premises at 39, Victoria-street. J. W. Jackman and Co represented the Whiting Foundry Equipment Company of Chicago; and the Buffalo Forge Company of Buffalo; and made a specialty of foundry equipment in all of its branches.[1]

Jackman's premises in 1915 occupied a small, basically triangular area at the acute corner of the junction between Blackfriars Road and King Street, Salford.[2].

1953 Minerals Separation acquired J. W. Jackman and Co which would be largely complementary to its subsidiary Foundry Services Ltd[4].

1964 Jackmans was part of Foseco when it was floated by Minerals Separation[6].