J. and N. Philips and Co 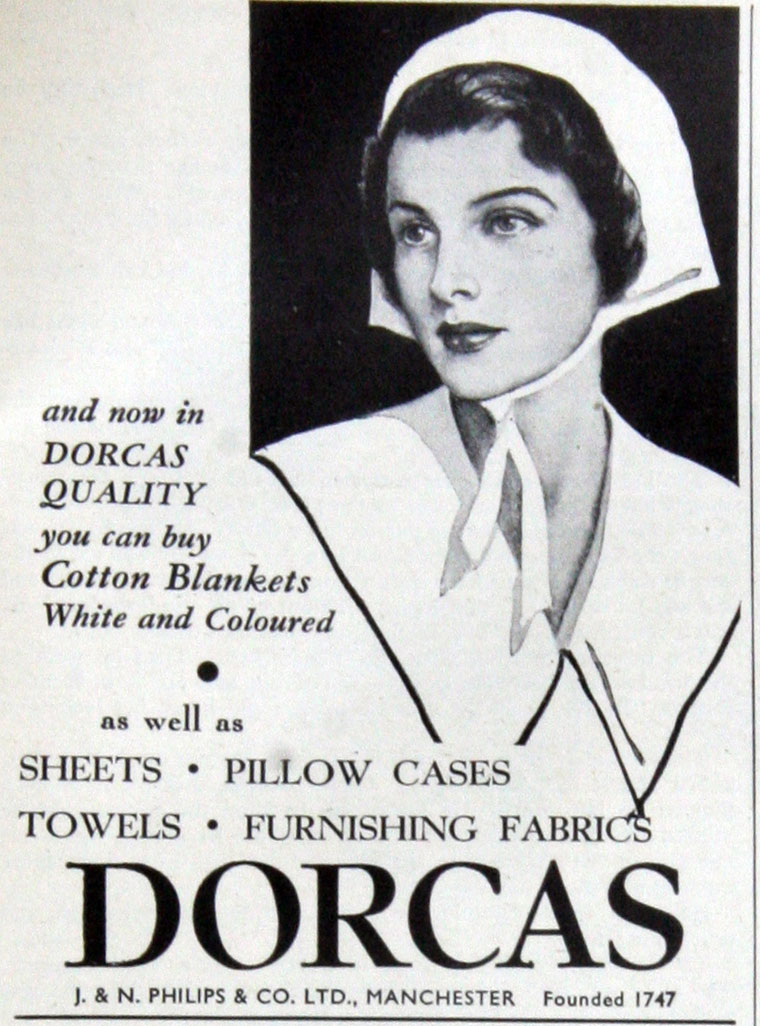 of Manchester, Upper Tean, Staffs, and London, manufacturers of textiles, tapes and smallwares.

1747 The firm was established in Tean, Staffordshire, by John Philips and Nathaniel Philips, who were later joined by their brother Thomas Philips.

The main Manchester firm of J. and N. Philips became a nationwide merchanting and manufacturing enterprise. The company had connections with a number of other firms.

1830 They acquired an interest in James Chadwick and Brother, of Eagley Mills, near Bolton, cotton spinners and thread makers.

1914 A London warehouse was opened.

In 1921, they purchased the business of Isaac Thorpe and Sons of Manchester, textile manufacturers and warehousemen.

1926 A large interest in W. Smith and Co (Witney), of Witney, Oxfordshire, blanket manufacturers, was acquired - presumably leading to the formation of W. Smith and Co and J. and N. Philips (Witney)

WWII. During the Second World War part of the firm’s Manchester premises were requisitioned as a site for the censorship of mail of British prisoners of war.

Companies acquired by, or otherwise connected with, the firm James Chadwick and Brother Ltd, of Eagley Mills, near Bolton, cotton spinners and thread manufacturers.

Isaac Thorp and Sons of Manchester, textile manufacturers and warehousemen.