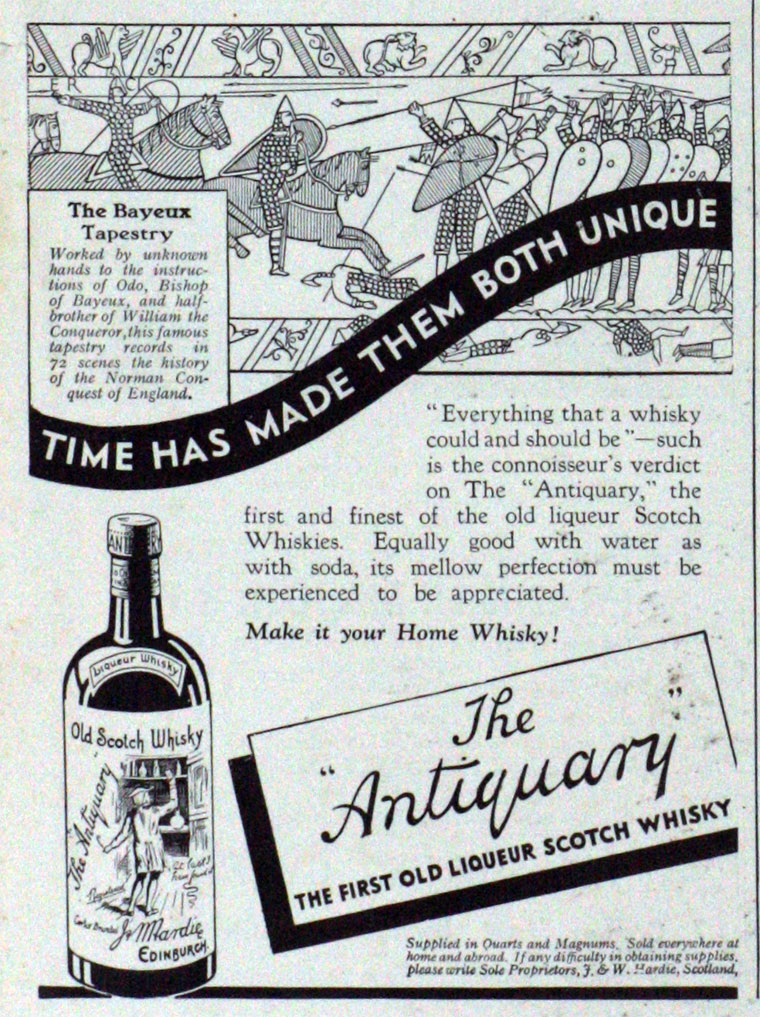 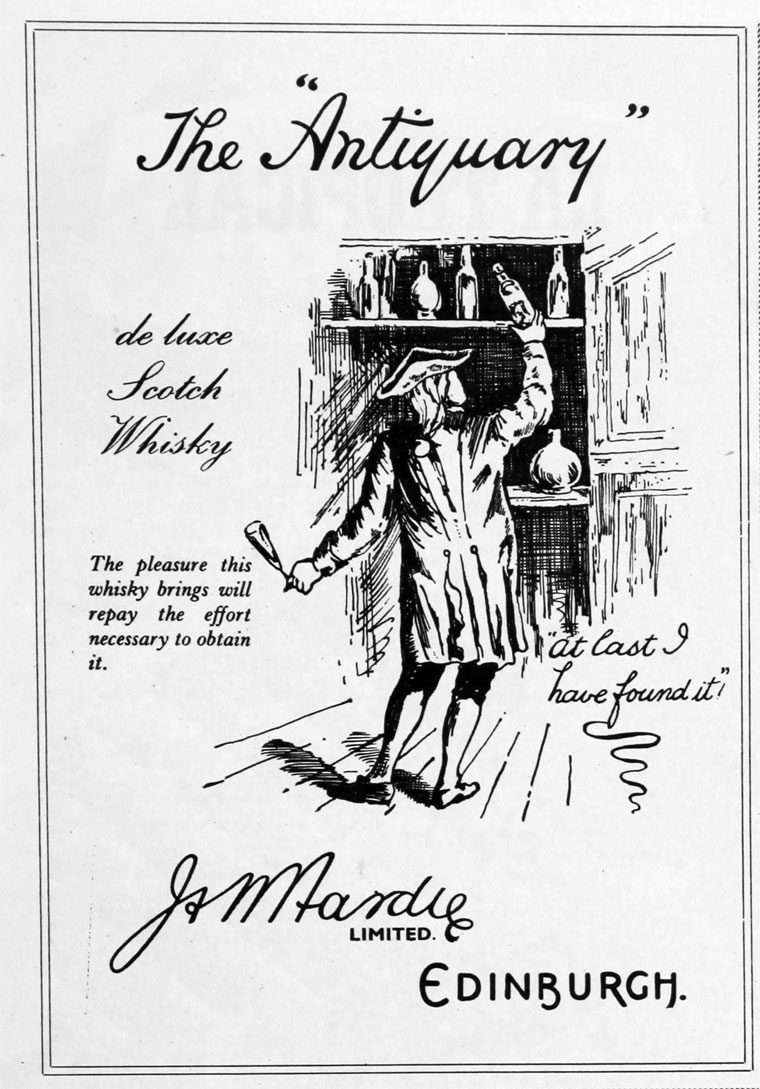 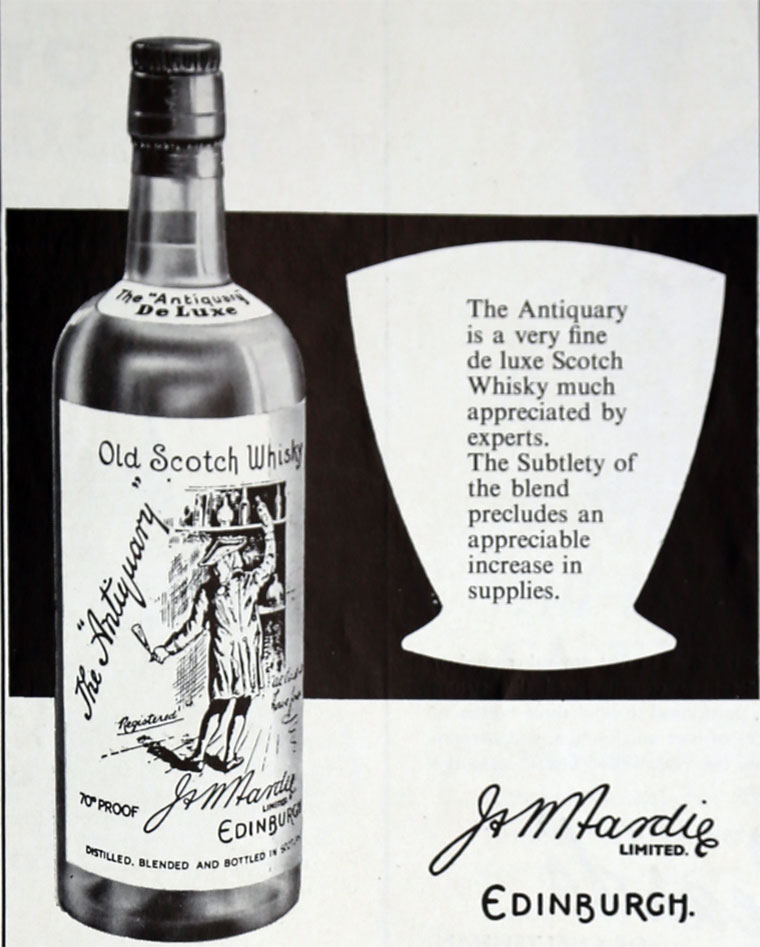 Wholesale wine and spirit merchants and commission agents (1900), proprietors of "The Antiquary" blend of Scotch whisky

1857 The business was established as a tea blender and wine and spirit merchant by James Hardie. His sons John and William followed him into the business

1888 "The Antiquary" was introduced, the name inspired by the novel of Sir Walter Scott

1964 The business was incorporated as J & W Hardie Limited

1994 The company, along with "The Antiquary" brand was purchased by the Tomatin Group. The original company was liquidated in that year and a new company incorporated, under the same name, in 1996