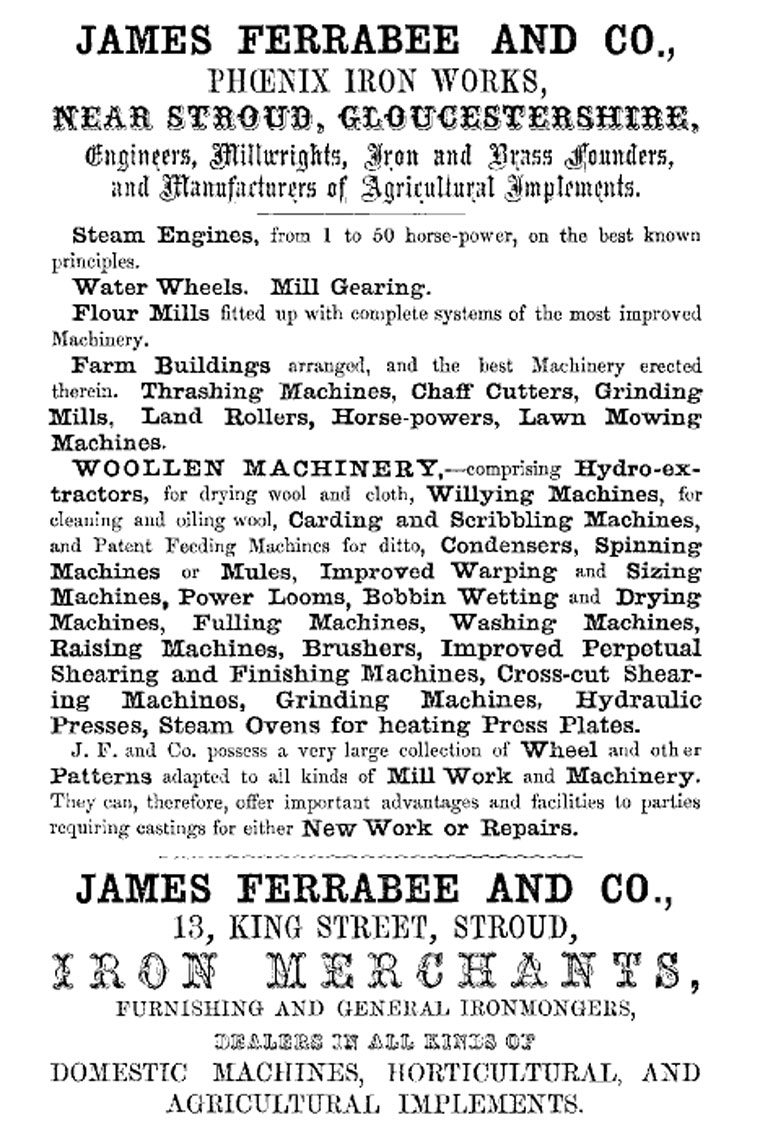 1867 Had a display of machines at the Paris Exhibition, for which he was admitted as a member of the Academic Nationale Agricole, Manufactuiere et Commerciale.

In 1871 he exhibited at the Woollen Cloth Manufacturers at the International Exhibition a “fulling and dressing machine” equipped with teazles. In a letter to the Stroud Journal he gives the credit to Lewis’s of Brimscombe for inventing the cloth shearing machine.