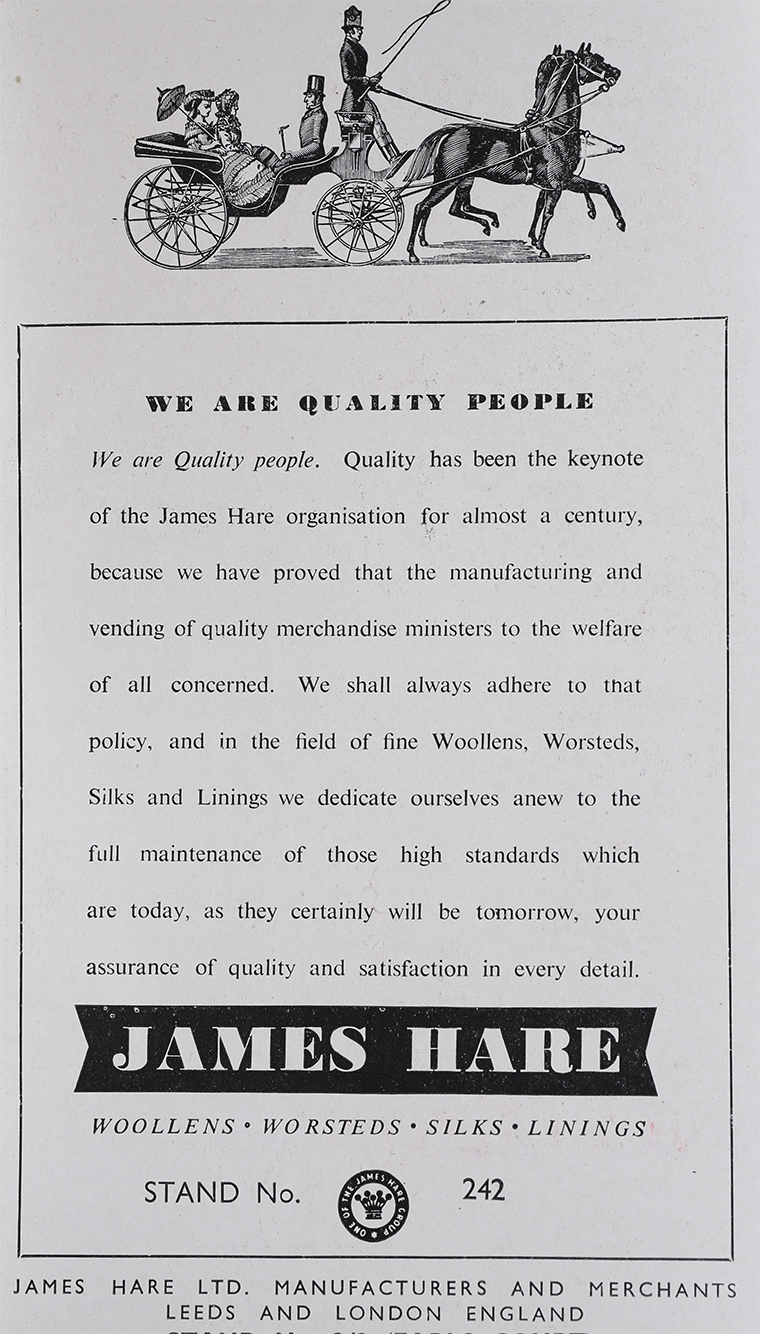 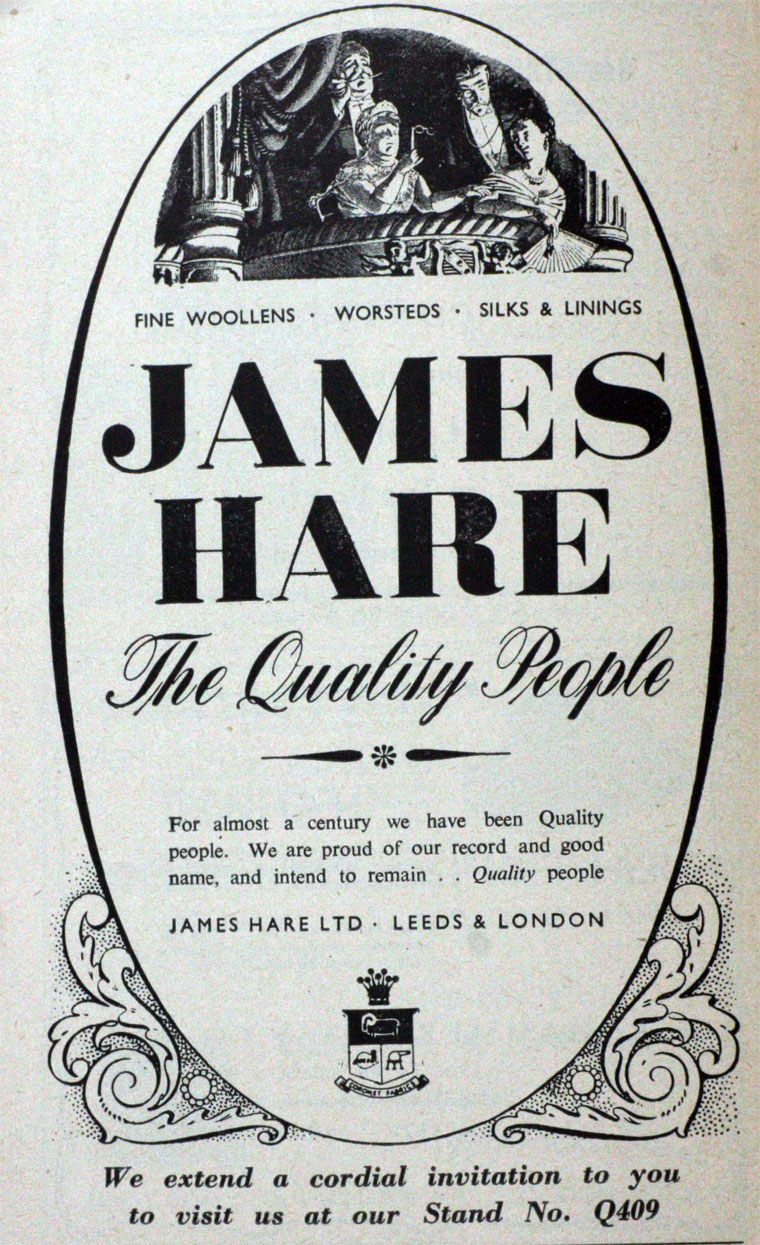 1865 The founder, James Hare, set up as a merchant of woollens and worsteds from a cottage in Leeds.

1891 The company grew into one of the largest fabric wholesalers in Britain, specializing in woollens and worsteds for the tailoring trade.

1913 The company started to manufacture cloth with 7 looms.

1922 James Hare was the first company outside London to install a teleprinter link.

1939 James Hare was the only English fabric manufacturer to guarantee their dyewares during the second world war. Queen Mary and the Duchess of Gloucester posed for a photograph on the James Hare stand in White City, London.

1951 The company concentrated on the export trade, and opened offices in Canada and Germany.

1973 The international name “Hare of England” was sold, and the company concentrated on the distribution of fine dress fabrics, including silks, under the management of James Hare, the great-grandson of the founder.

Note: The company, still run by the Hare family, has its own website.