Grace's Guide is the leading source of historical information on industry and manufacturing in Britain. This web publication contains 138,090 pages of information and 222,958 images on early companies, their products and the people who designed and built them. 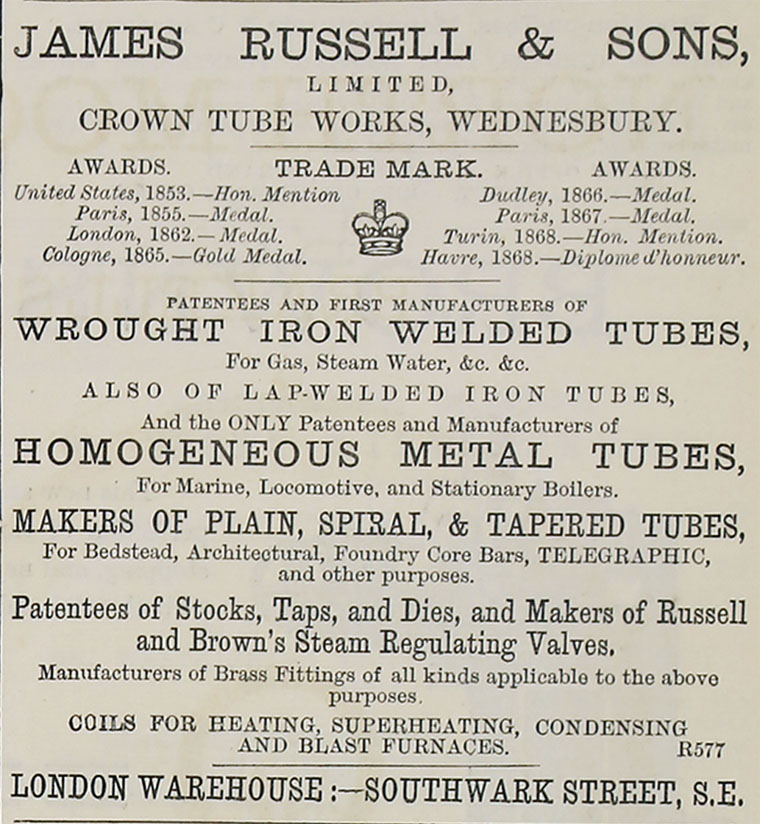 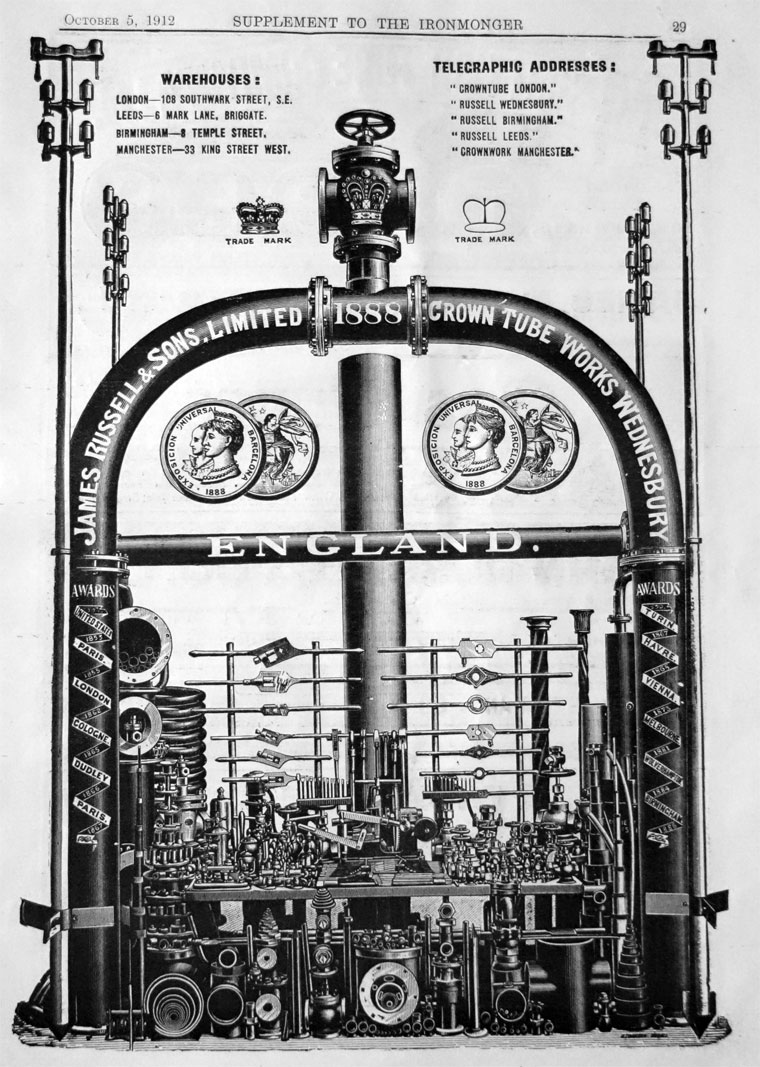 1823 James Russell left the business with his brother, John Russell, and founded the Crown Tube Works at the High Bullen, after securing a patent for butt welded tube.

1840 "NOTICE is hereby given, that the Partnership lately subsisting between us the undersigned James Russell, John James Russell, and Thomas Henry Russell, carrying on the trade or business of Patent Gas Tube Manufacturers, at Wednesbury in the county of Stafford, under the style or firm of James Russell and Sons was dissolved, by mutual consent, on the 20th day of December 1840, so far as regards the said James Russell. All debts due to and owing from the said late copartnership will be received and paid by the said John James Russell and Thomas Henry Russell, by whom the said trade or business will in future be carried on, at Wednesbury aforesaid[2]

1862 Installed a regenerative furnace at the works for bonding the wrought iron strips for making the tubes, which performed well[3]

1904 Petitioned for the winding up of Savage Brothers[5]

1937 At the time it was the largest maker of tubes in England; acquired by Stewarts and Lloyds as a move towards rationalization and concentration of the tube manufacturing industry[6]