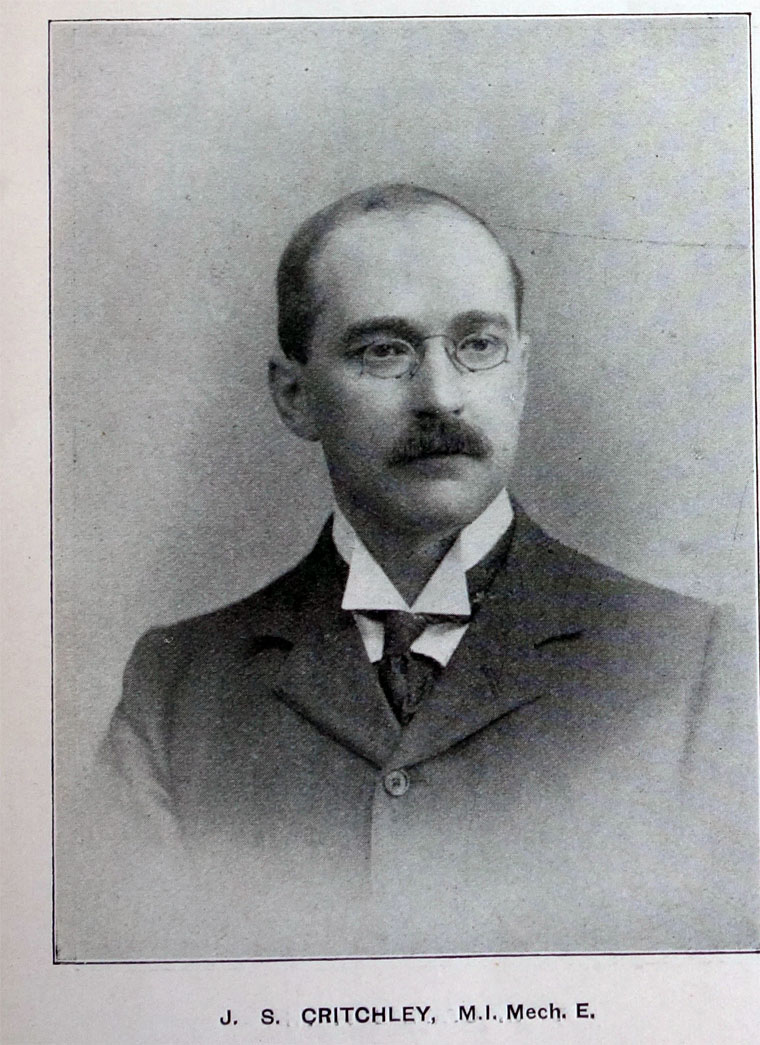 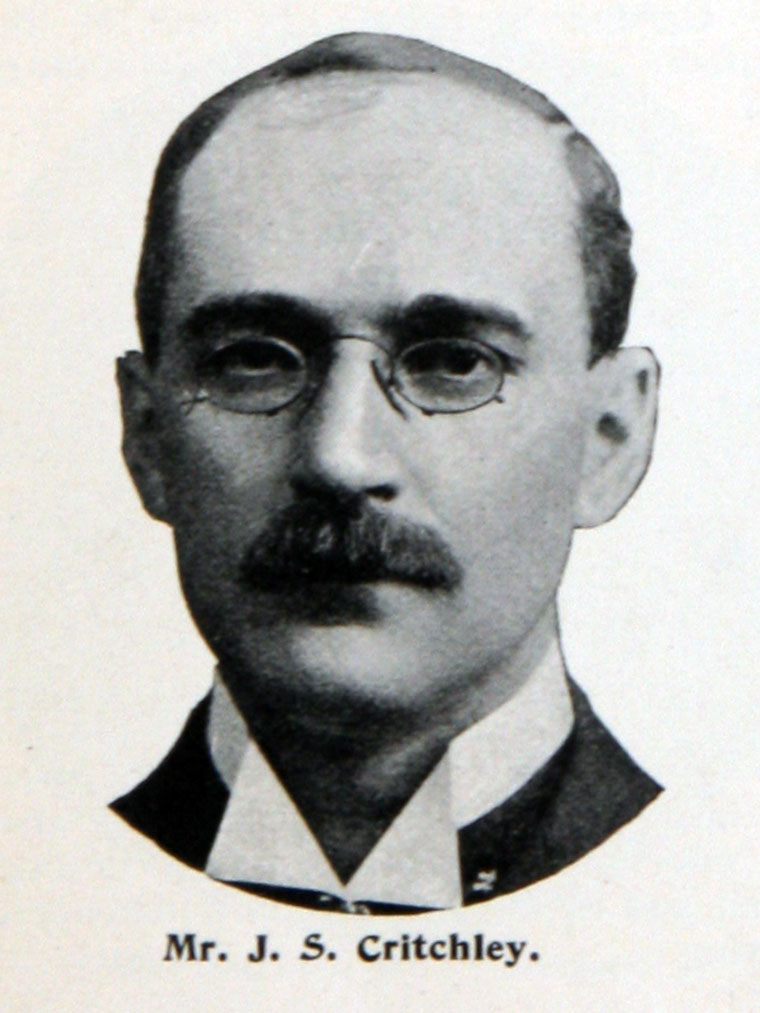 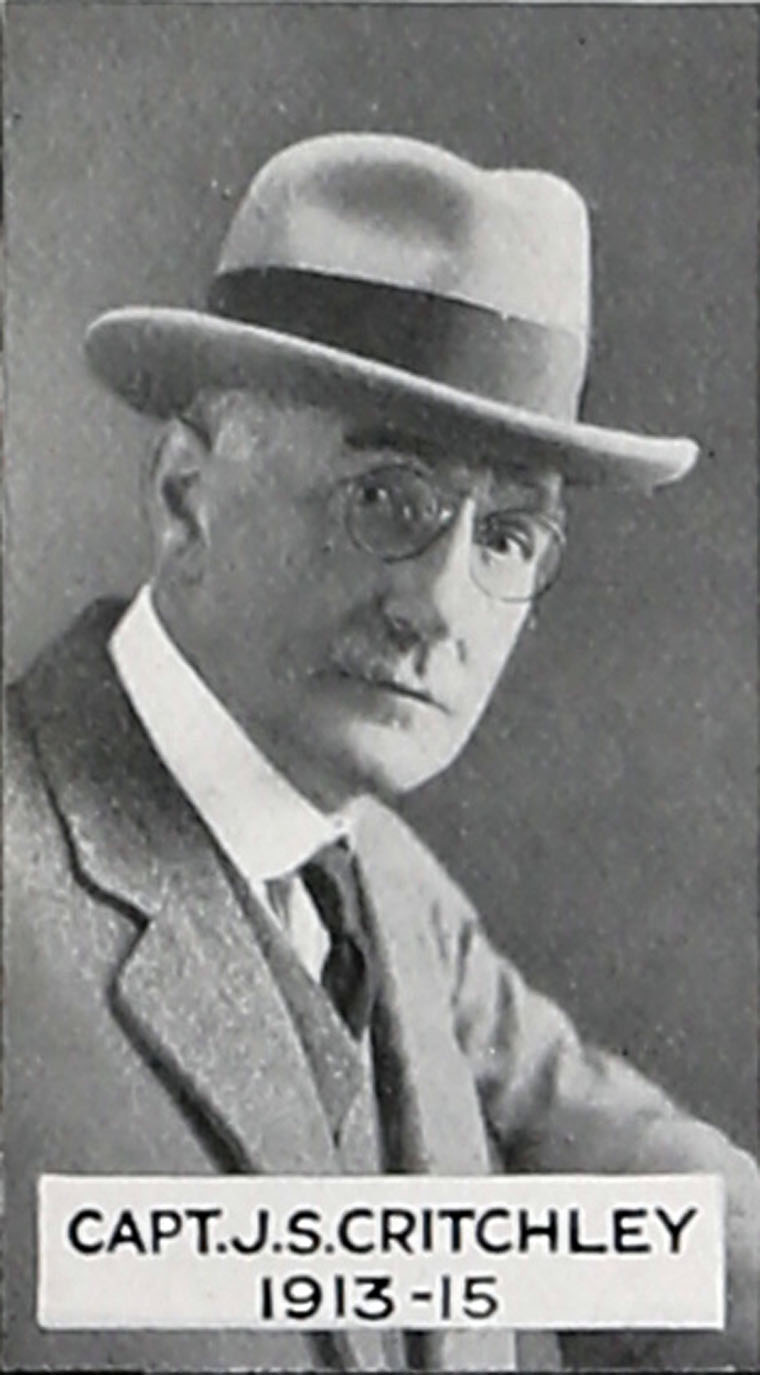 1891 Living with his parents William and Sarah at Ilkley, aged 25 years and described as a mechanical engineer [1]

1900 May. Leaves Daimler to join British Electric Traction Co as a 'motor expert'

1901 Living with wife Annie at Beckenham, aged 35 and described as a mechanical engineer [3]

1904 'CRITCHLEY, J. S., M.I.M.E., Victoria Works, Belvedere Road, Lambeth, London, S.E. Is manager of the Brush Electrical Engineering Company, Limited. Was one of the earliest pioneers of the motor-car industry in this country. Was Manager of the Daimler Motor Company, Limited, for four years, leaving to join the British Electric Traction Company, Limited, and its associated Company, the Brush Electrical Engineering Company, Limited, to both of which his expert knowledge has proved of the greatest value. Had the honour of giving His Majesty, when Prince of Wales, his first experience of motoring on English roads, driving him from Warwick Castle to Compton Verney and Wellesbourne, in May, 1898. In June of the same year, on a 6 h.p. Daimler van, achieved a record which has not yet been excelled, running the van, carrying a ton load, over the selected course without a single stop, the cost of fuel for the journey of fifty miles being only 21.1d. or 0.18d. per ton per mile, and 0.465d. per ton of cargo per mile. The van obtained an award of £100. Since leaving the Daimler Motor Company, has collected data and experimented considerably with vehicles for heavy haulage, and is successfully running His Majesty's mails between Liverpool and Manchester, the vans being the property of the Motor Haulage Company, of which he is a Director. Club: A. C. G. B. & I. (Founder Member, Committee.)' [4]

CRITCHLEY, J. S.,M.I. Mech. E., has been interested in automobilism since 1896, when, after several years' engineering experience in the North of England, he took up the management of the Daimler Motor Company, Limited. Resigning this position after four years, he joined the British Electric Traction Company, Limited, and its associated companies. He successfully drove a car through the 1000 miles Trial, and acted as a Judge in the Reliability Trial of the Club in 1902.

James Sidney Critchley was born in 1865 and educated at Bradford Grammar School.

He served articles with J. Waugh, of Bradford, and Thomas Green and Sons, Leeds, and later specialized in the design and construction of factory plant and machinery.

In 1896 he was appointed the first Manager of the Daimler Motor Co.'s works at Coventry. Relinquishing his post as Works Manager in 1901, he became a Director of the Company and also Technical Adviser to the British Electric Traction Company.

After the last war, during which he was Chief Inspector of M.T., he carried on his own practice as a Consulting Engineer up to the time of his death.

He died on 19th October, 1944, at the age of 79. He designed the original Crossley car and the Critchley-Norris commercial vehicle.

He was co-founder, with F. R. Simms, of the Society of Motor Manufacturers and Traders and a founder member of the Royal Automobile Club. He was elected a Member of this Institution in 1907 and was President for the Session 1913-14. Further details of his career were published in the Journal for December, 1944.