1896. The Jeantaud Carriage Carriage - Side View. 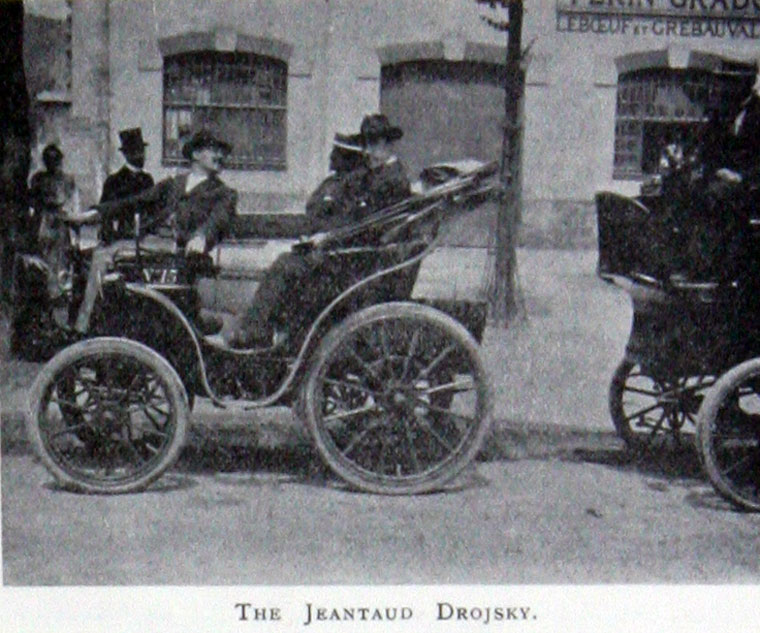 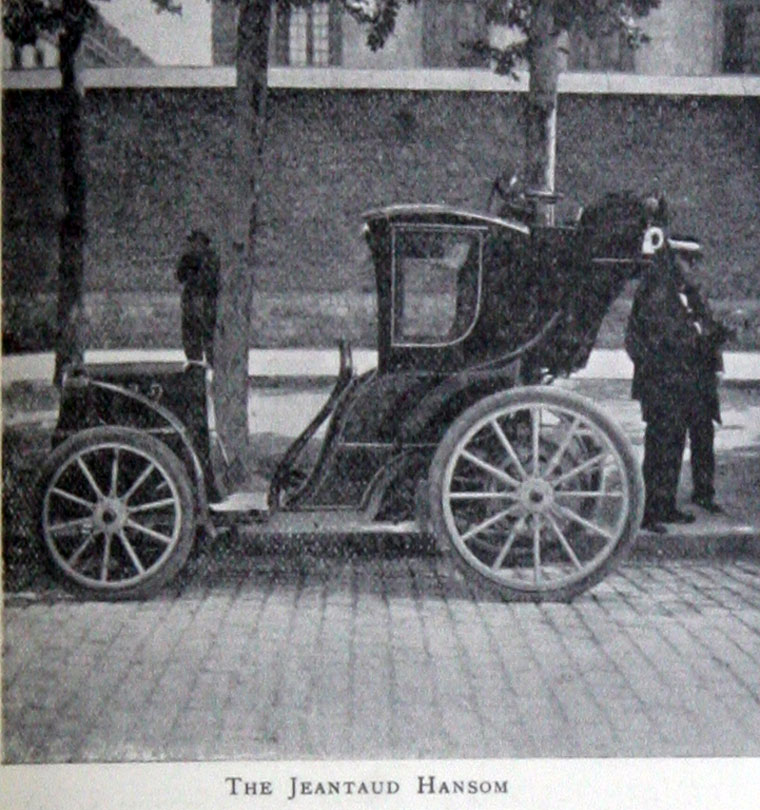 1893-1907. French automobile manufactured in Paris. Charles Jeantaud, a coachbuilder built his first electric carriage in 1881. Among the vehicles he constructed was the first car to set a land speed record (39.24 mph (63.15 km/h) , driven by Gaston de Chasseloup-Laubat), as well as coupes and hansom cabs; in these the driver sat high, and to the rear. Some cars had an unusual bevel-gear front-wheel-drive layout.

In November 1895, David Salomons claimed that this was the only maker of electric carriages that he found in Paris. [1]