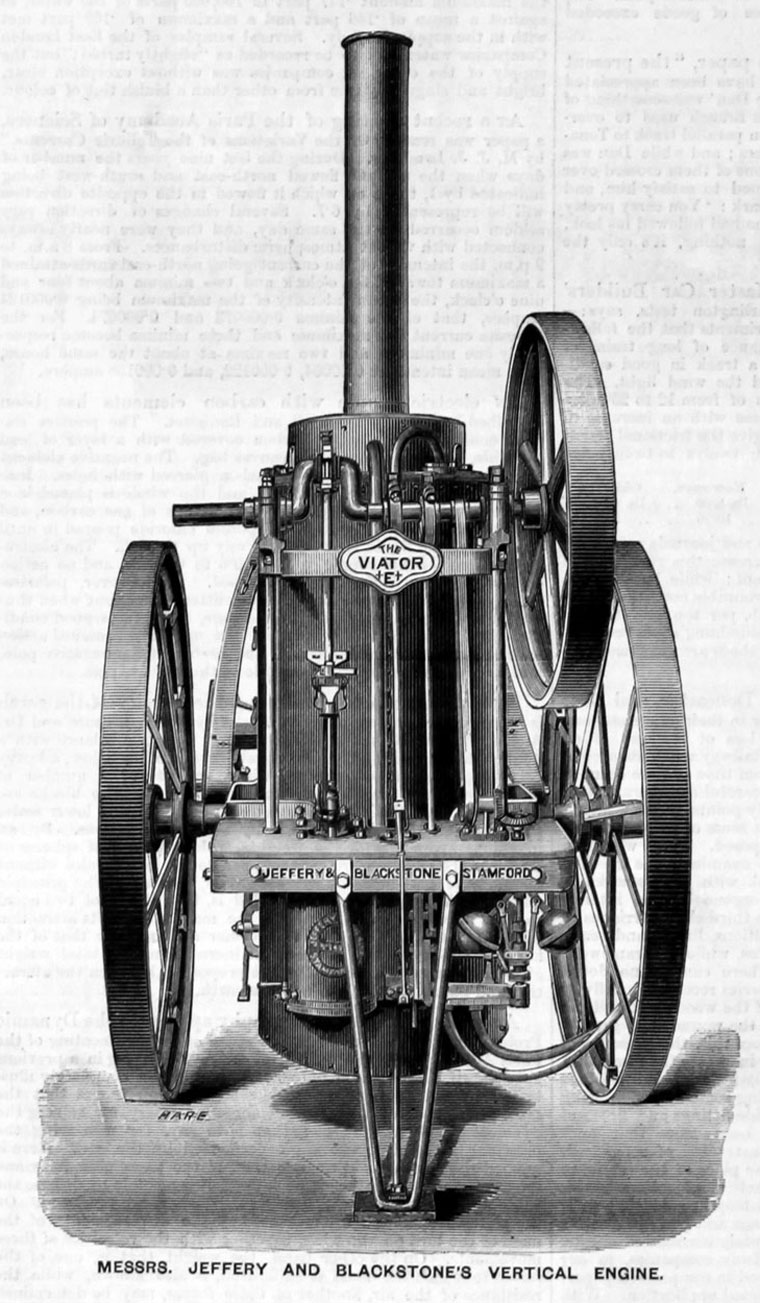 1876 Robert Luke and Thomas W. Ashby retire from Ashby, Jeffery and Luke and a year later Edward Christopher Blackstone joined with George Edward Jeffery and it became Jeffery and Blackstone of Rutland Ironworks.

1882 Jeffery sold his interest in the business.

1887 Exhibited the 'Viator' engine at the Newcastle Show.