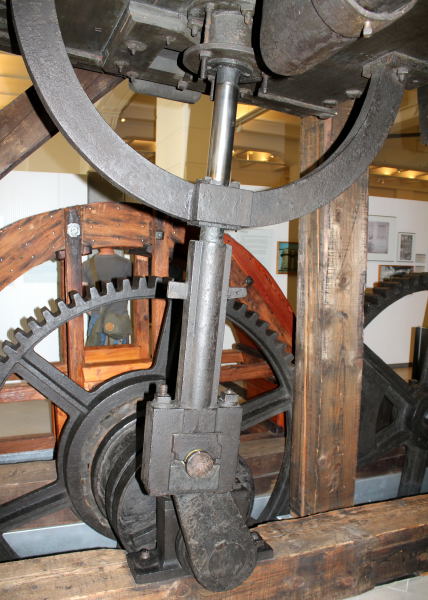 Iron had been produced in Jesenicefrom the 14th century or earlier.

The following brief history is condensed from the Wikipedia entry for Jesenice.

In 1869 the Kranjska Industrijska Družba, KID, (Carniolan Industrial Company) was founded by the Luckmann family. This expanded to embody all the Upper Carniolan ironworks. Steel production started at some point. The discovery of a process for obtaining ferromanganese in a smelting furnace brought KID a gold medal at the World Exhibition in Vienna in 1873, and worldwide fame. In 1870 the first railway reached Jesenice, and allowed for greater exports. Construction of the Karawanks-Bohinj railway was started in 1905, requiring two tunnels: one to Austria and the other for faster access to Italy (see Tauern Railway). The rolling mills were relocated from Jesenice to Slovenski Javornik in 1904. During World War I, Jesenice ironworks were mainly converted to the manufacturers of military products for Germany. Development of the ironworks continued after WW1, and 4,567 workers were affiliated with KID by 1937. At its peak in the 1970s, the works employed more than 8,000 people. After the collapse of the Federal Republic of Yugoslavia, the Jesenice ironworks could not compete with the better developed Western industries. Another problem was the loss of access to raw material resources, located in the now-independent republics of the former Yugoslavia. This led to massive layoffs. With Slovenia joining the EU in 2004, Jesenice began a major urban reconstruction. Almost all of the 1950s steel mill buildings were demolished. The existing ironworks has undergone massive modernization, and it currently employs around 1,350 workers.

The Upper Sava Museum, containing ironworks memorabilia, is located in Ruard Manor, one of four so-called "ironworks castles" built in the area during the 16th and early 17th centuries by the owners of the iron industries.

A 'box' blowing engine, made c.1820, is preserved and on display at the Vienna Technical Museum. See photograph and Slovenia Ironworks: Blowing Engine.