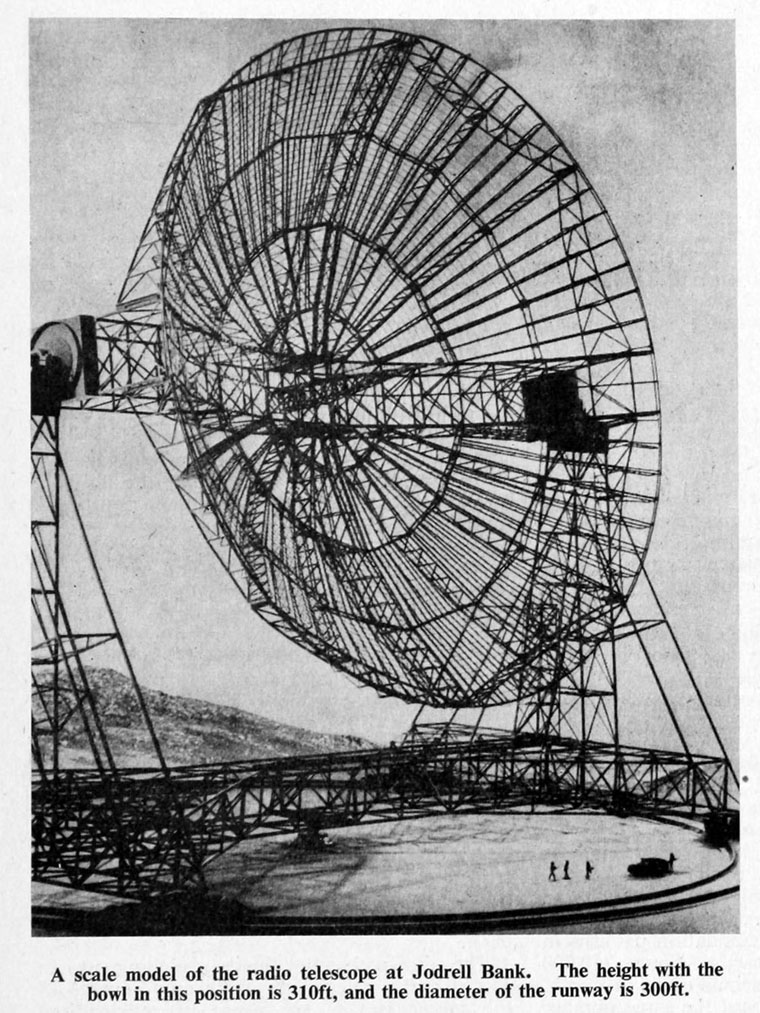 1955. B. Thornton made the bogies for Husband and Co for the Mark 1 telescope at Jodrell Bank Observatory.

Established in 1945 by Sir Bernard Lovell, a pioneer in radio astronomy at the University of Manchester, who wanted to investigate cosmic rays after his work on radar during the Second World War.

The "Mark I" telescope, now known as the Lovell Telescope, was the world's largest steerable dish radio telescope, 76.2 metres (250 ft) in diameter, when it was constructed in 1957. United Steel Structural Co was contractor for the main superstructure; many specialised items were made specially for the telescope - Thornton's of Huddersfield made the bogies to carry the dish; Davy and United made the pivots and Hoffmann the bearings.[1]. The Lovell Telescope is now the third largest steerable radio telescope in the world.

There are three other active telescopes located at the observatory; the Mark II, as well as 13 m (42 ft) and 7 m diameter radio telescopes. [2]