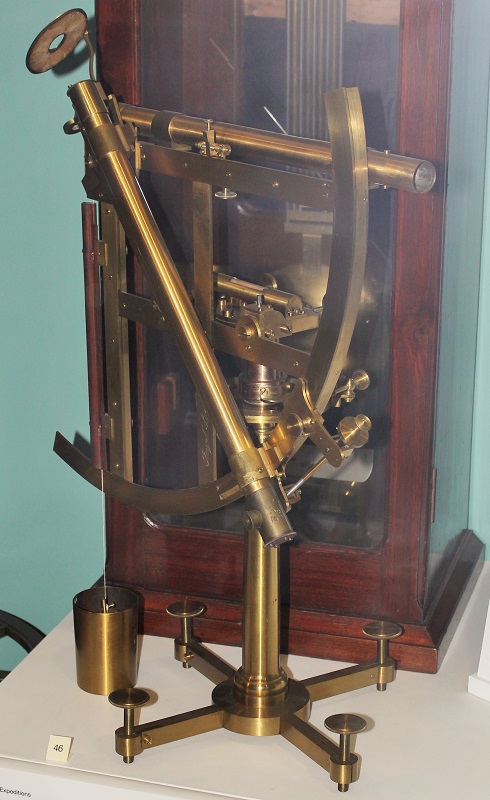 c.1768 quadrant at the London Science Museum. One of at least three taken round the globe for the 1769 transit of Venus. Probably the one taken to the North Cape. Also used in Scotland in 1774 to investigate the attraction of mountains on a plumb bob. 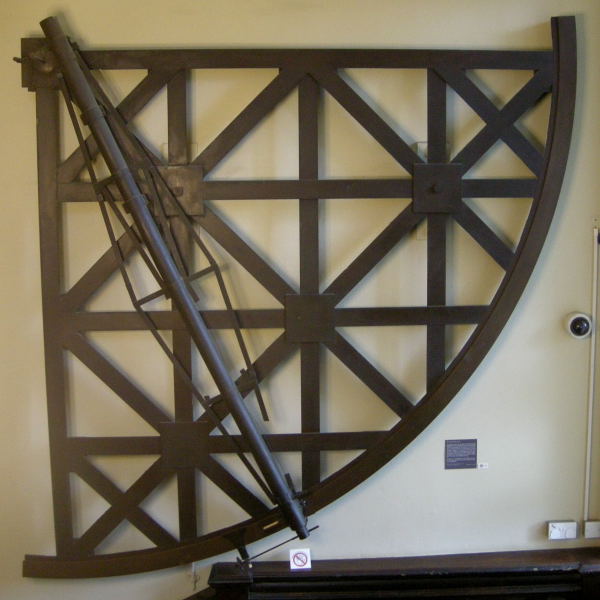 1773 mural quadrant at the Museum of the History of Science, Oxford 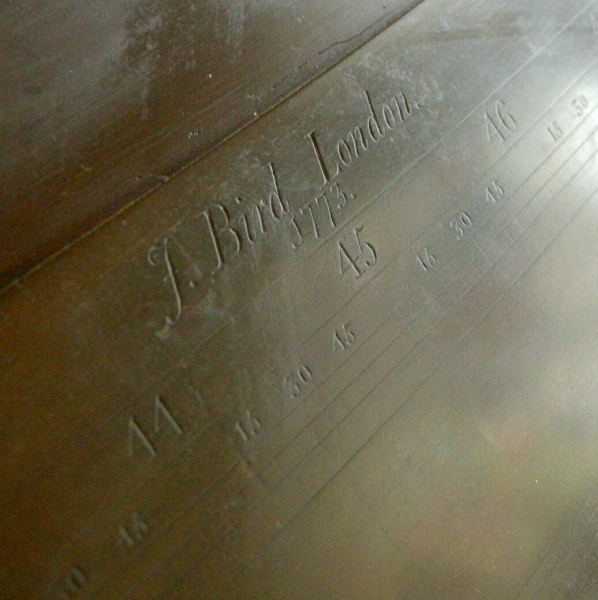 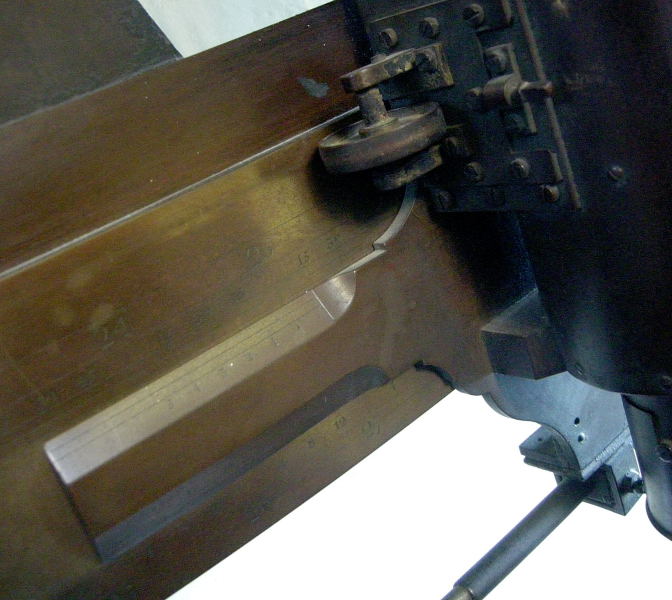 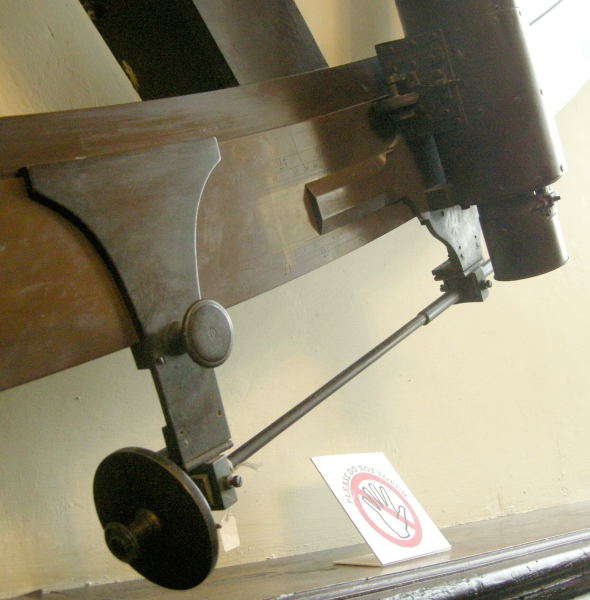 Born at Bishop Auckland. He worked in London for Jonathan Sisson, and by 1745 he had his own business in the Strand. Bird was commissioned to make a brass quadrant 8 feet across for the Royal Observatory at Greenwich. Soon after, duplicates were ordered for France, Spain and Russia.

Bird supplied the astronomer James Bradley with further instruments of such quality that the commissioners of longitude paid him £500 on condition that he take on a 7-year apprentice and produce in writing upon oath, a full account of his working methods. This was the origin of Bird's two treatises The Method of Dividing Mathematical Instruments (1767) and The Method of Constructing Mural Quadrants (1768). Both had a foreword from the astronomer-royal Nevil Maskelyne. When the Houses of Parliament burned down in 1834, the standard yards of 1758 and 1760, both constructed by Bird, were destroyed.[1]

Bird's 'The method of constructing mural quadrants' is available online[2]. The method of graduating the scales has been summarised by Maurice Daumas[3]. There are two scales, having divisions (a) in degrees and twelths of a degree (5 minutes) and (b) in 96 parts of a quadrant and 16 parts thereof. Each scale had a vernier. The graduations can just be made out in the photographs of the 1773 mural at the Museum of the History of Science, Oxford. A somewhat similar quadrant, made by Jesse Ramsden in 1789 is on display at Milan Museum of Science and Technology.

For a more detailed account see 'John Bird 1709-1776 - Mathematical Instrument-Maker in the Strand' [5]. The author provides a useful summary of some of the methods applied by by Bird, including the precautions to minimise the effects of expansion due to temperature. This source provides information about a number of instruments made by Bird. These include: A Fahrenheit thermometer for Dr James Bradley at the Royal Observatory, which was sent to the Paris Observatory to be marked at a specific temperature, and then returned to London, presumably to allow compatability of astronomical measurements in the two cities. He also made a 40-inch movable quadrant for Bradley. Bird probably made a mural quadrant for Grischow at St Petersburg. A 6 ft mural quadrant was made for Tobias Matthias at the University of Gottingen.

1750 Bird completed an 8 ft mural quadrant for Dr Bradley at the Royal Observatory, Greenwich. Design based on Halley's 8 ft quadrant made by George Graham in 1725. The frame of Bird's was made of brass, rather than iron, and proved to be better with regard to rigidity and stability. Over the years, various modifications were made, including the addition of a micrometer screw in 1787.[7]

c.1767 Astronomical quadrant, said to have been used by Captain James Cook during his observations of the transit of Venus in Tahiti. Now in the collection of the Royal Society[8] [9]

1768 Charles Mason and Jeremiah Dixon used a transit instrument and a sector of a new design made by Bird when establishing the boundary between Maryland and Pennsylvania (the Mason-Dixon line).[10]

1774 The observatory of the École Militaire in Paris received a 2.75m mural quadrant, believed to be Bird's last work. From 1788 it was used by Lalande and Lepaute d'Agelet, after which it was lent to Toulouse Observatory. Since 1881 it has been at the Paris Observatory[12]