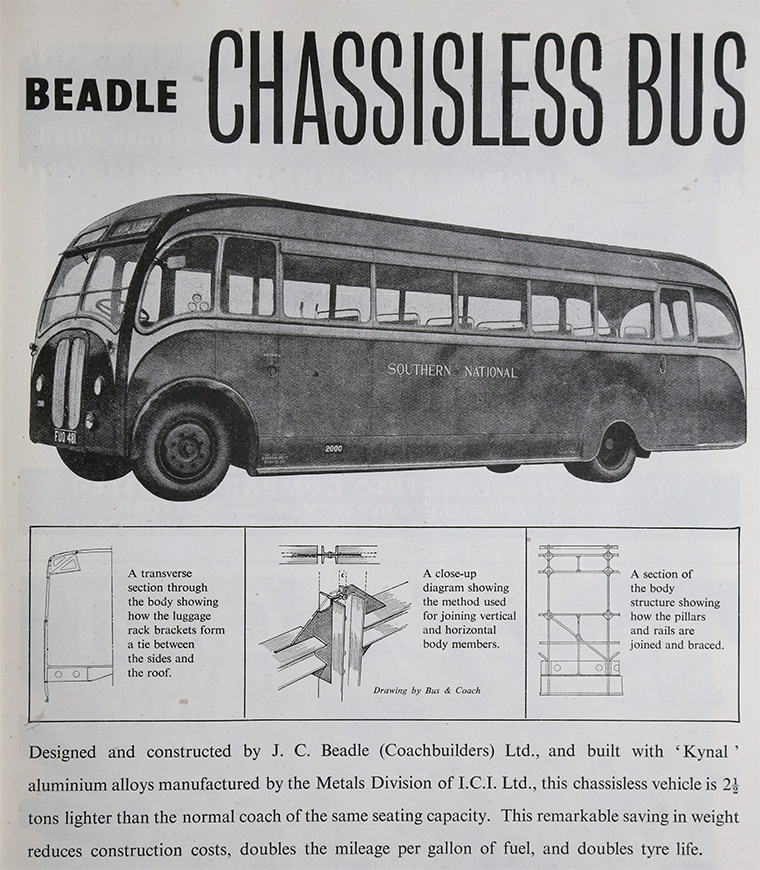 1912 Staff and employees were 130 at the Dartford and Footscray Coach and Motor Works. J. C. Beadle, Fred Beadle, and N. E. Beadle were among those at celebrations.[1]

From 1945 to 1947 by using Commer, Leyland Motors, Bedford and Dennis, components, four 33-seater prototypes were built.

Gardner 4LK engines were present in the Leyland and Dennis.

1948 Beadle exhibited the only underfloor horizontal-engine vehicle at the Commercial Motor Show.

Beadle produced the Canterbury coach and Thanet bus. These were sold under their own name.