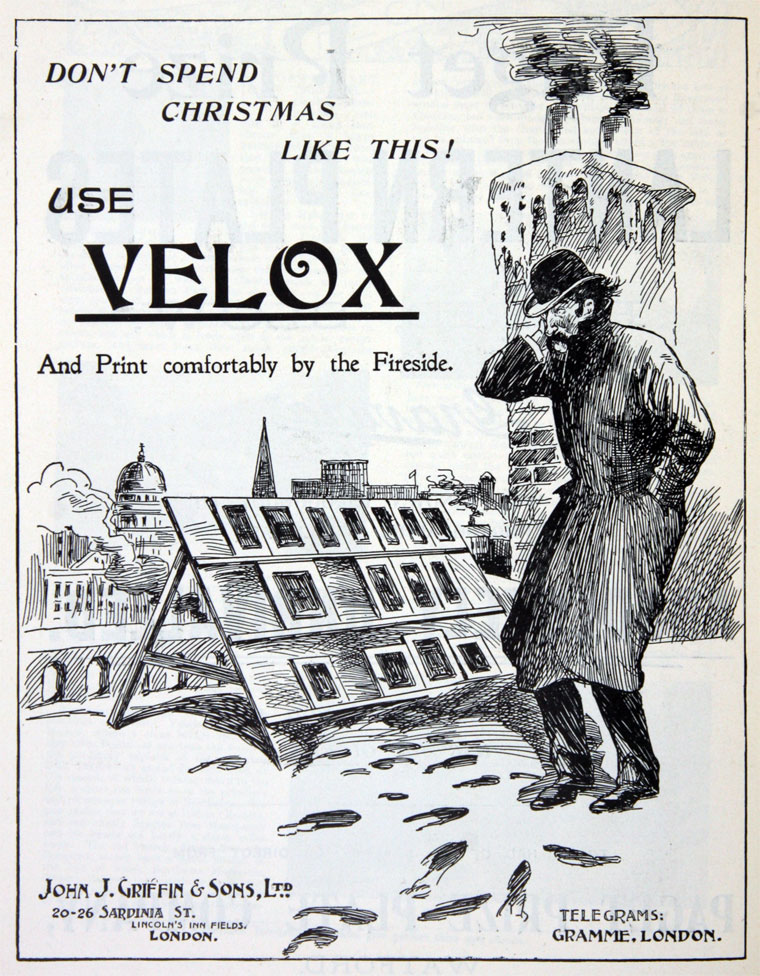 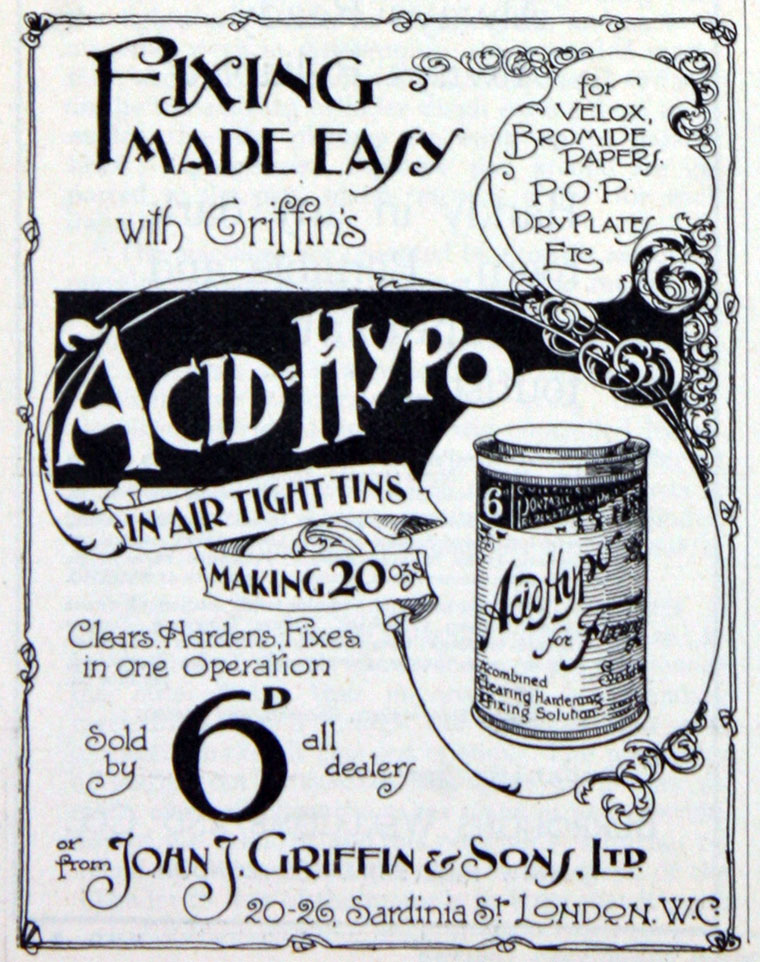 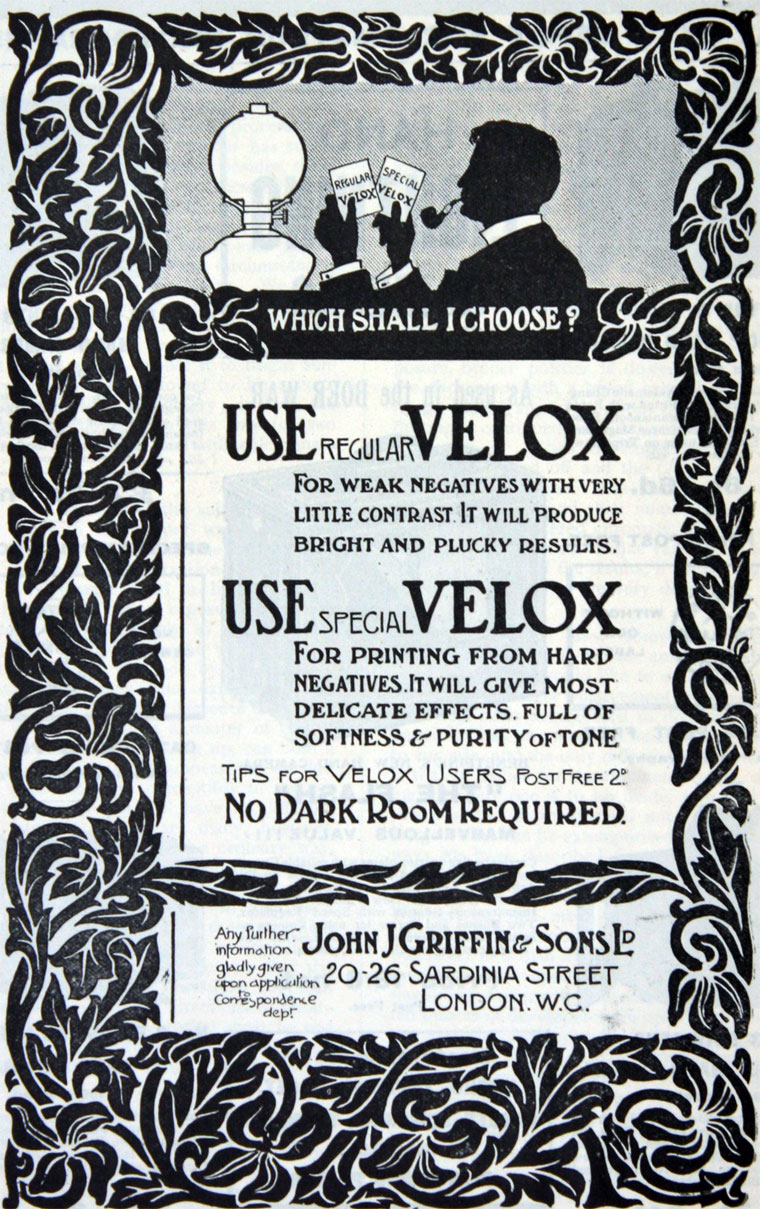 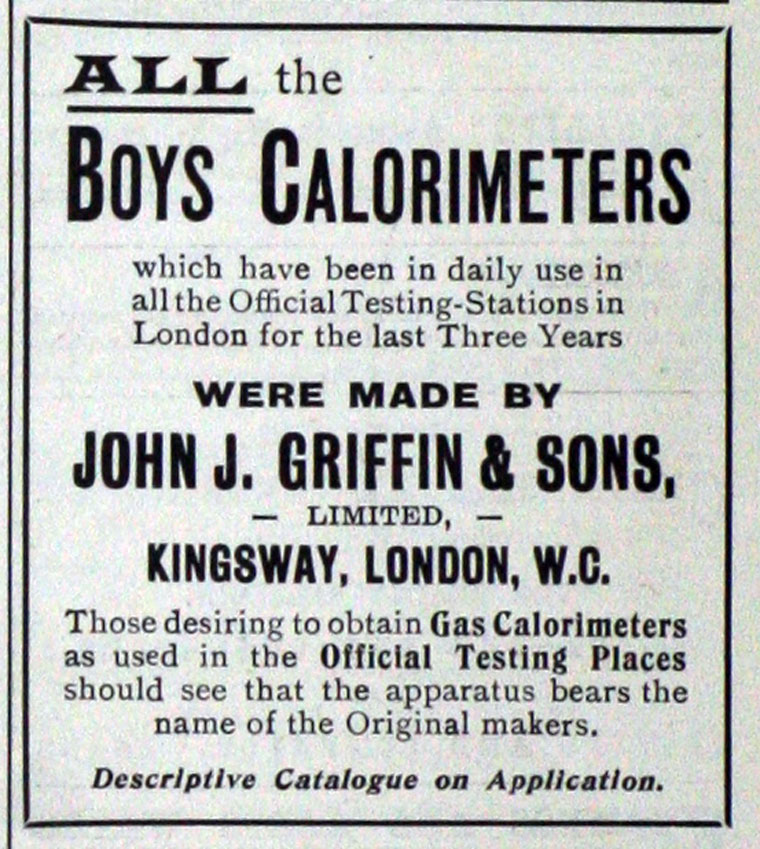 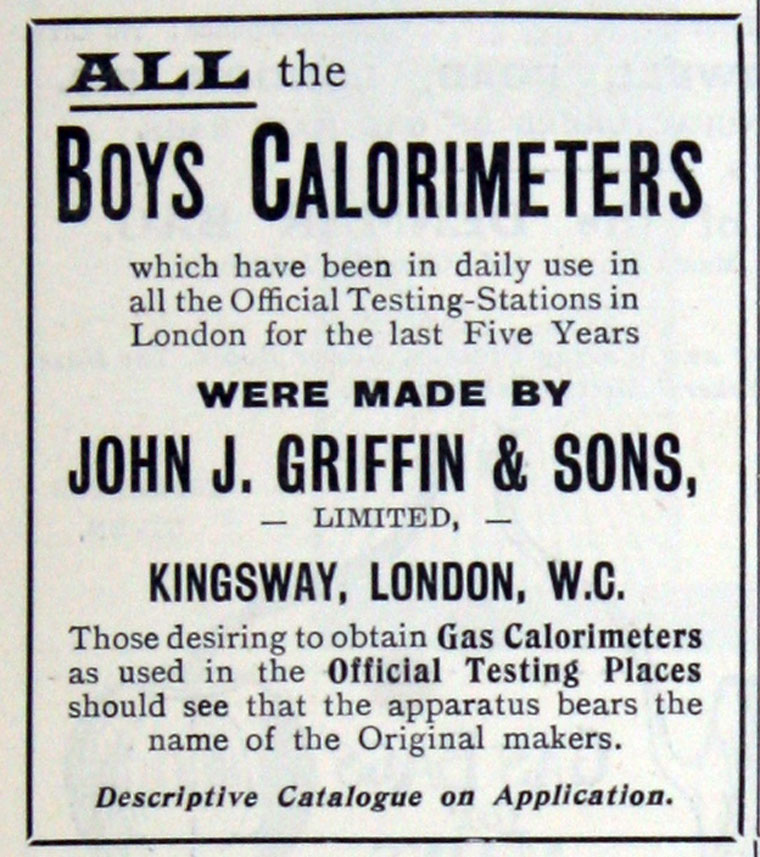 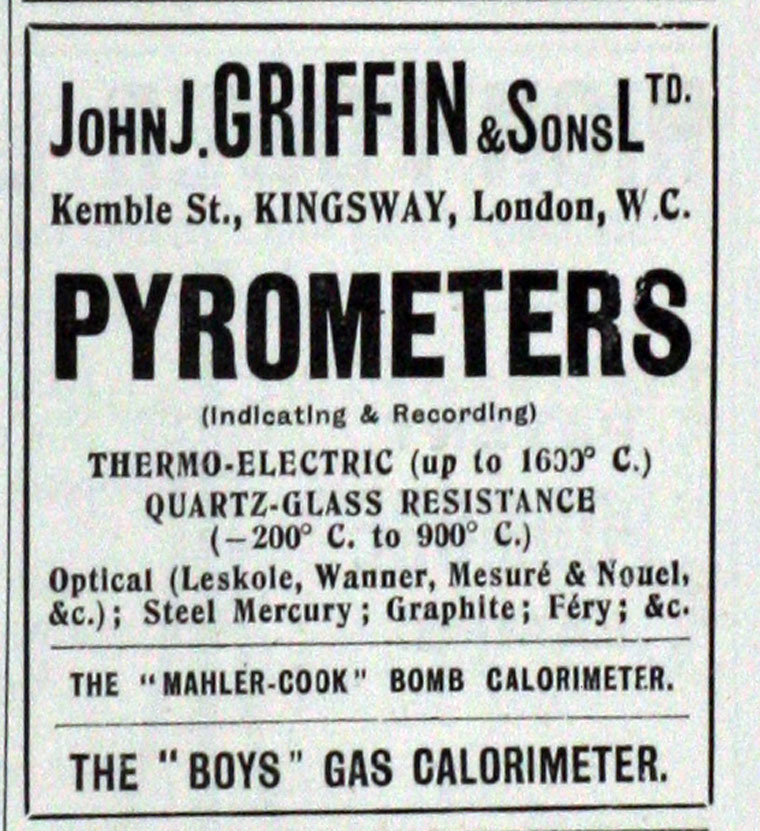 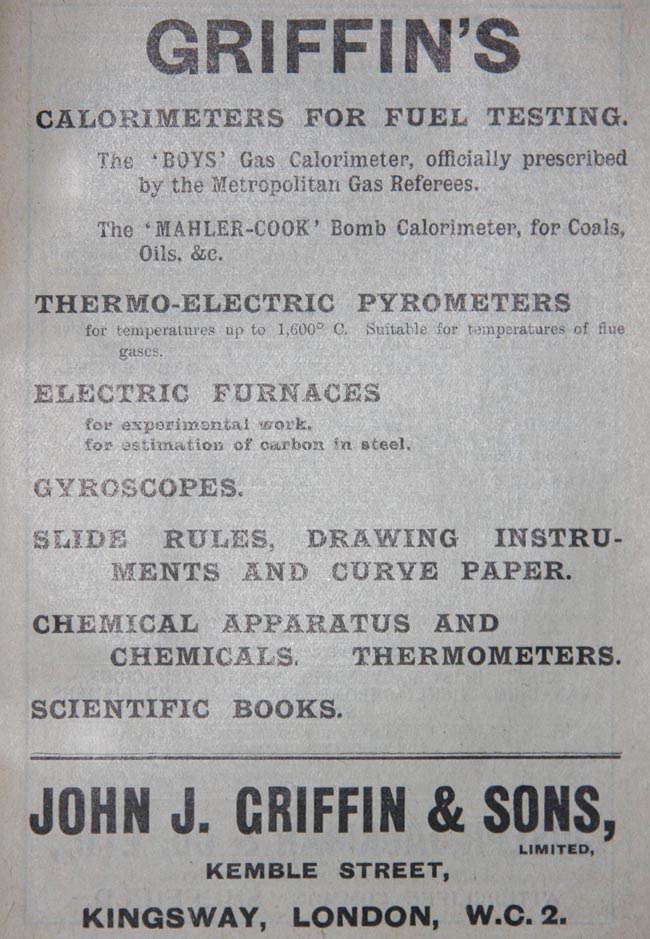 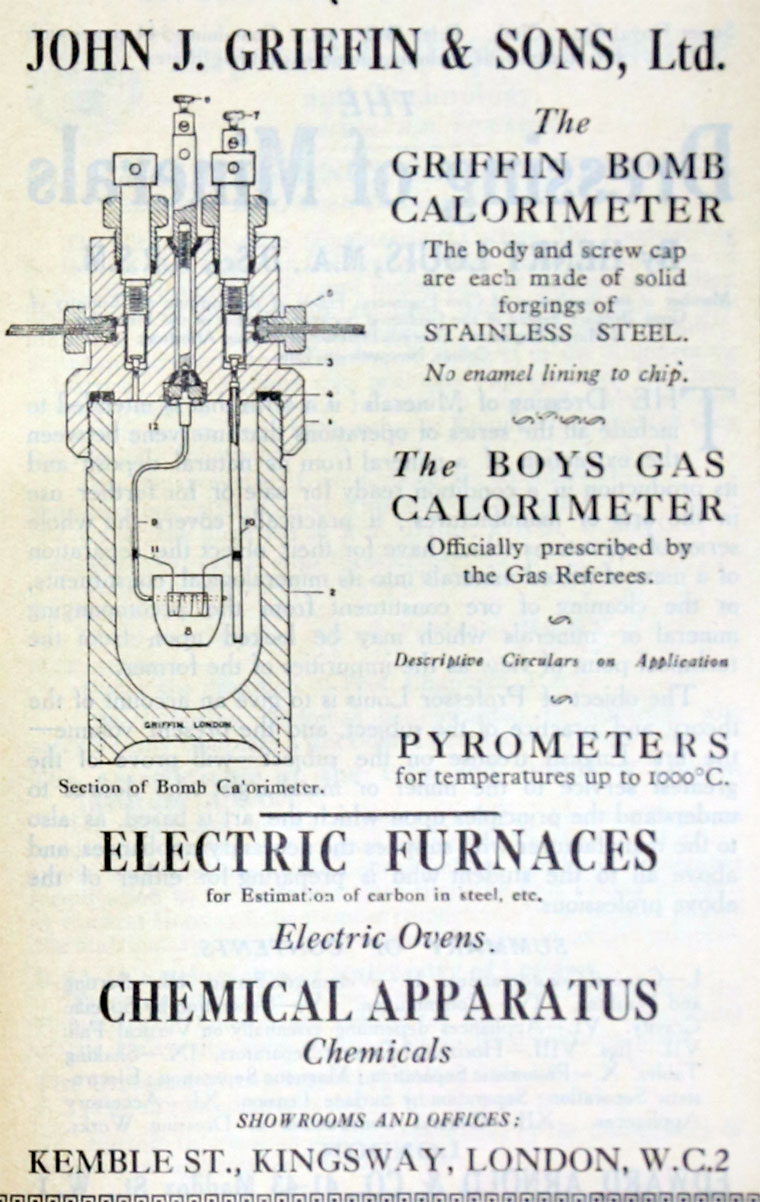 1889 Under the direction of William's son John Ross Griffin (1863–1921), the business was incorporated as a limited liability company.

1921 Family connections ended with John Ross's death, although some shareholding had passed into the family of Thomas McKinnon Wood MP, a close relative of the Griffin family, who, from about 1908, was director and later chairman

1925 Merged with the Scottish firm of Baird and Tatlock Ltd

1954 Merged with W. and J. George and Becker Ltd to become Griffin and George Ltd.