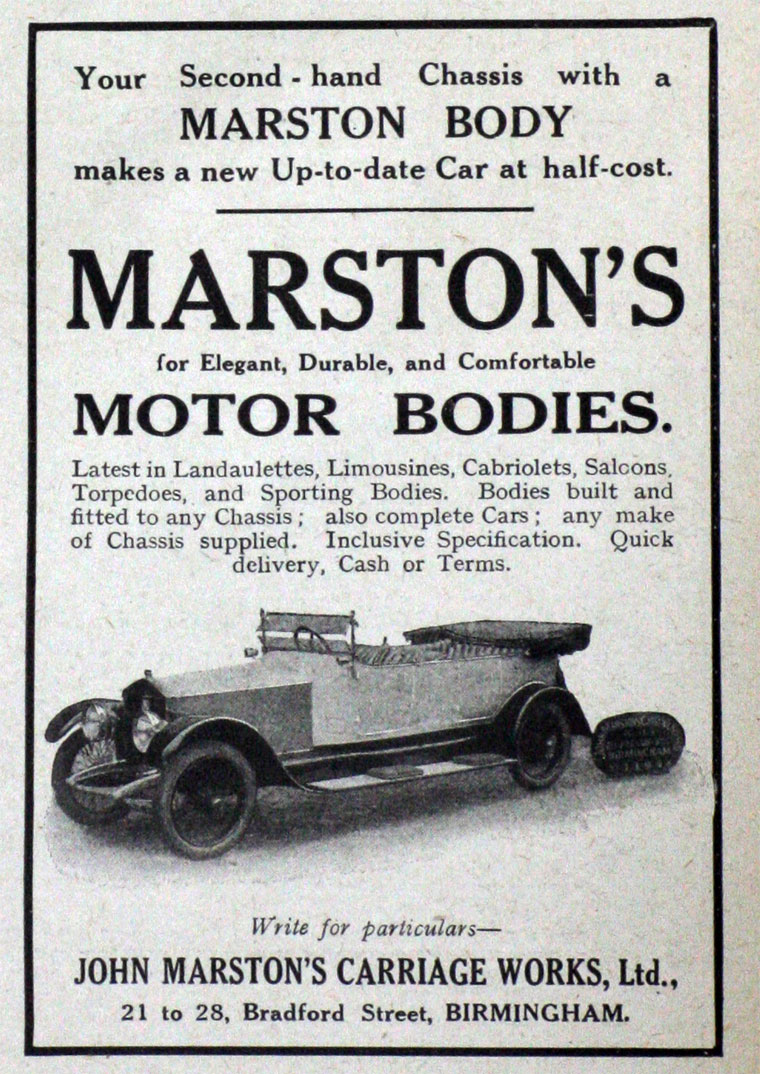 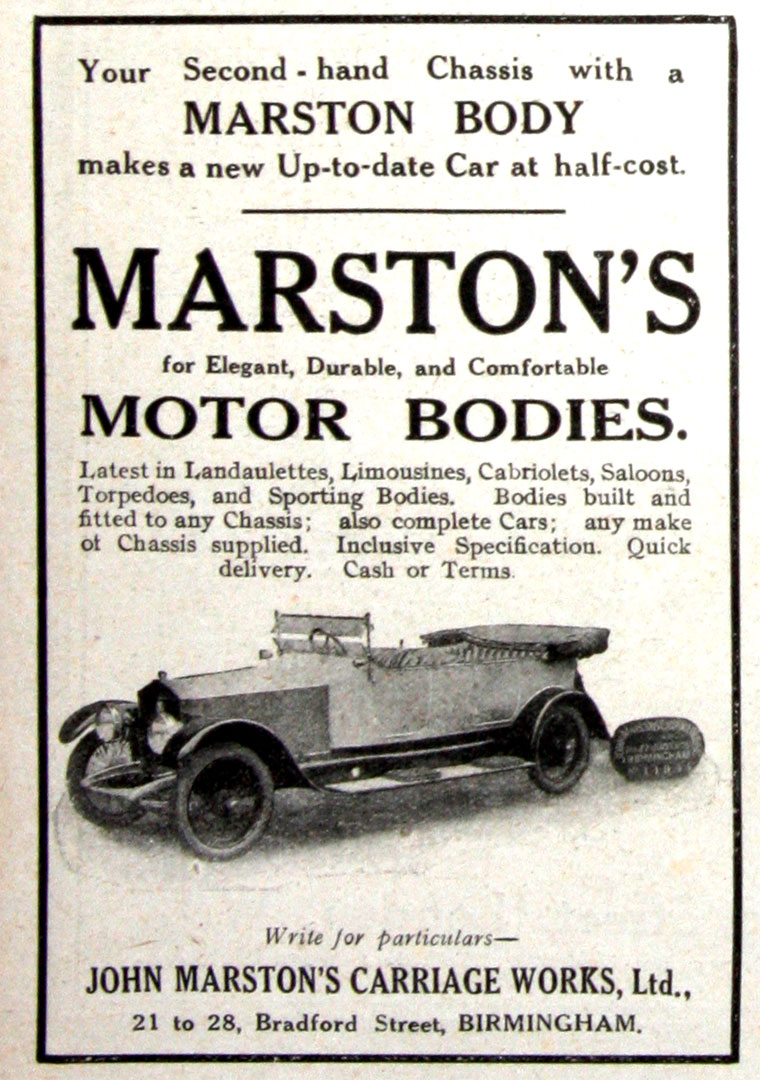 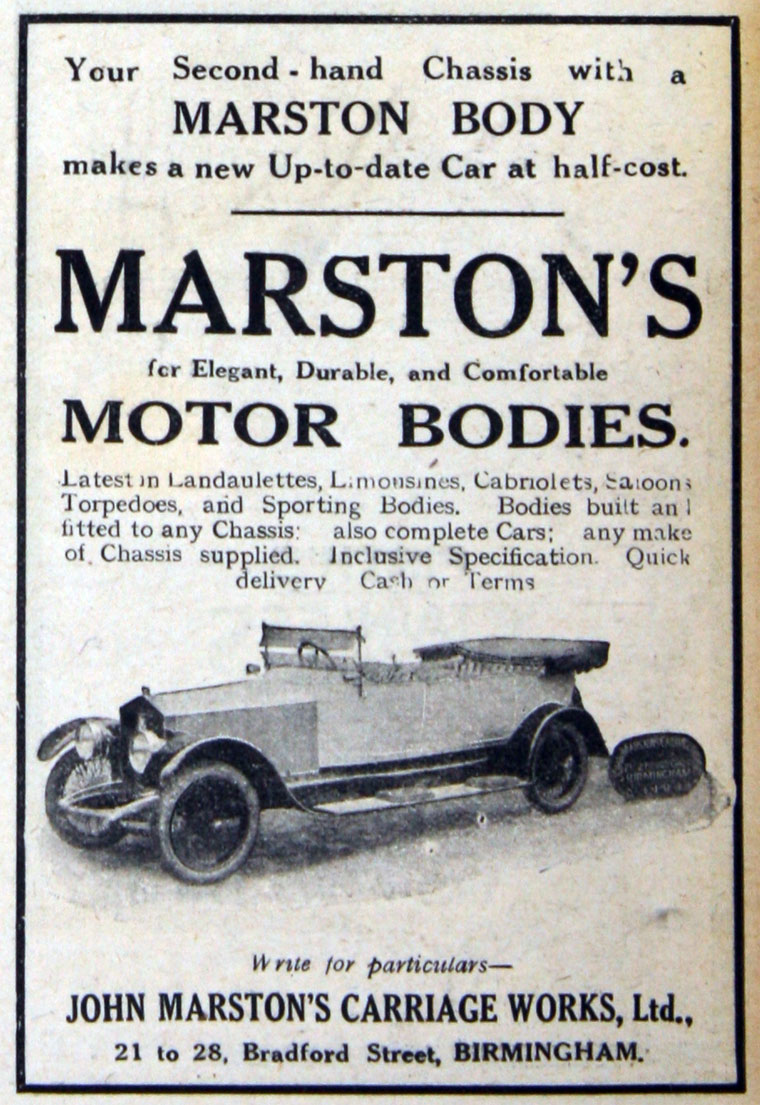 1901 John Marston, father and son, were coachbuilders; Charles B. Marston was a solicitor[1]

1911 Charles Beale Marston, age 35, was one of the directors of the company, coachbuilder[2]

1935 The company was wound up; Charles Beale Marston was named as one of the joint liquidators[3]