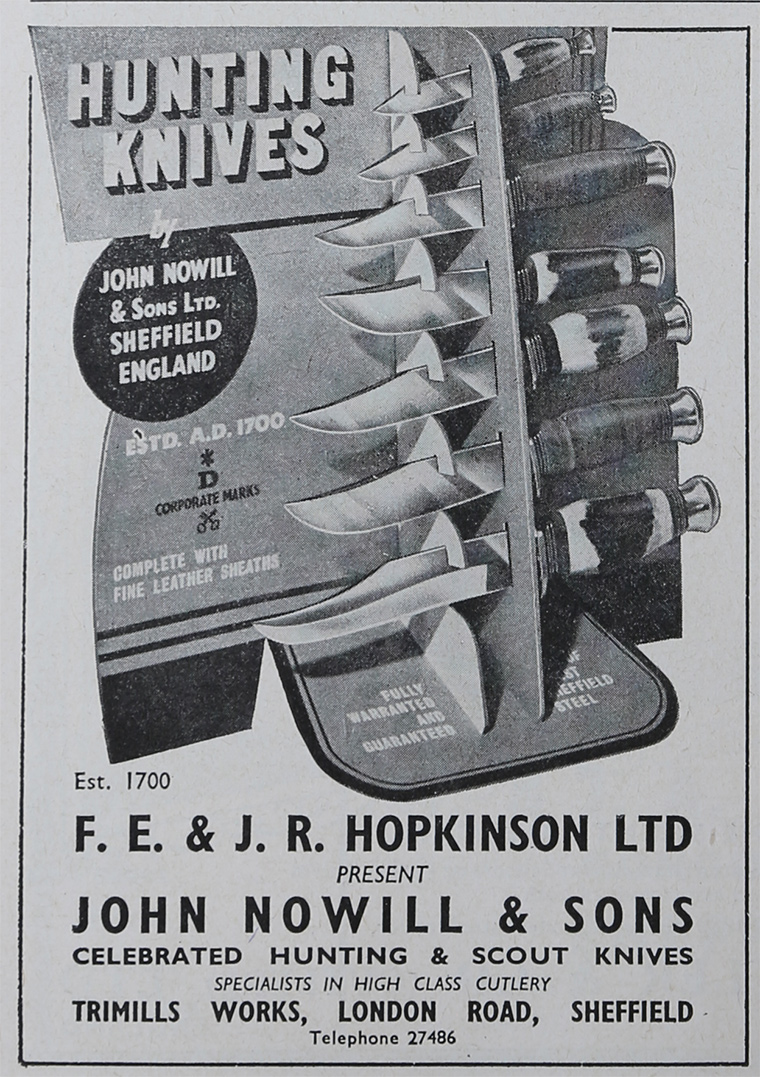 1700 Thomas Nowill established his business and registered his trade mark, the ‘D’ star and cross-keys.

1833 William and John Nowill, of 7 Meadow Street, Sheffield, were manufacturers of table, pen, pocket, and silver fruit and dessert knives[1]

John Nowill and William Nowill (his son), who took for his mark Crossed Keys

1900 After the death of John Nowill, the firm was in the hands of the older sons of the partners Charles Richard Nowill, Frank Nowill, Ernest Nowill, Arnold Willis Nowill.