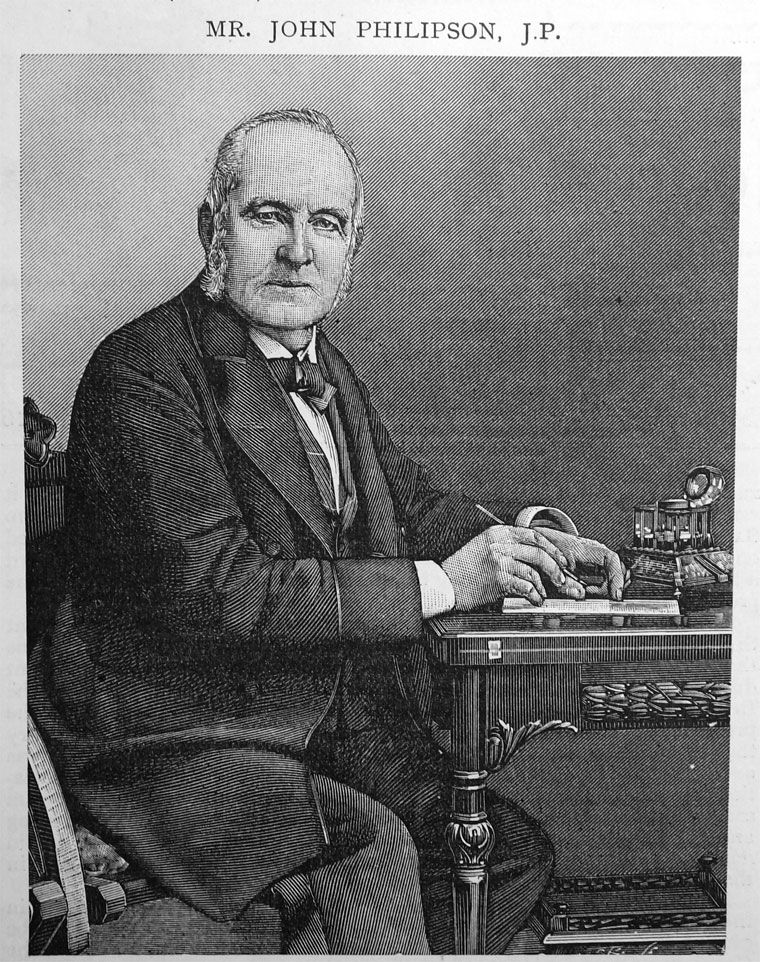 1895 President of the British Association of Carriage Builders

JOHN PHILIPSON was born in Newcastle-on-Tyne on 19th October 1832, being a son of Mr. George Hare Philipson, coachbuilder, who was one of the early members of this Institution, and built at that time a number of railway carriages. After having received his education in a private academy in the town, he served his apprenticeship to his father's firm, Messrs. Atkinson and Philipson, as a coach-body maker, a coach smith, an axle turner, and a mechanical draughtsman.

Subsequently, in order to gain further experience, he went for a time to Messrs. Briggs and Co., carriage builders in London.

Returning to the Newcastle works, he superintended the erection of lathes for iron and wood turning, and introduced many improvements in machinery to reduce labour in making wheels, springs, and axles.

In 1856 he became managing partner, and in 1864 succeeded his father in the business, which he carried on with his brother till 1873, when he became the sole proprietor.

He was the author of standard works on coach-body making, on harness, and on the art and craft of coach-building. He invented a carriage spring, having a receptacle formed in each end to contain a rubber cushion; also rubber cushions to lessen the rattle of carriage windows; and a convertible carriage, in which the under-works were made separate from the body, so that one undercarriage might be used with two, three, or four different kinds of bodies.

His designs for parcel-post vans were adopted by the Postmaster General, and he received the honorary title of designer to the Post Office. He also did a quantity of government work in the shape of prison vans and ambulances.

During the past three years, in conjunction with Messrs. Toward and Co., engineers, Newcastle, he had produced some trustworthy workable steam road-carriages; the first of them performed well during recent trials at Liverpool; and the fifth, as yet in course of construction, is a heavy wagon to carry three tons up a steep incline.

With his name is associated the modification of the carriage tax; regarding this as the last remaining tax upon industry, he laboured hard for ten years to secure its abolition.

His death took place at his residence in Newcastle on 24th June 1898, in the sixty-sixth year of his age, from syncope following upon an attack of influenza.

He became a Member of this Institution in 1881.