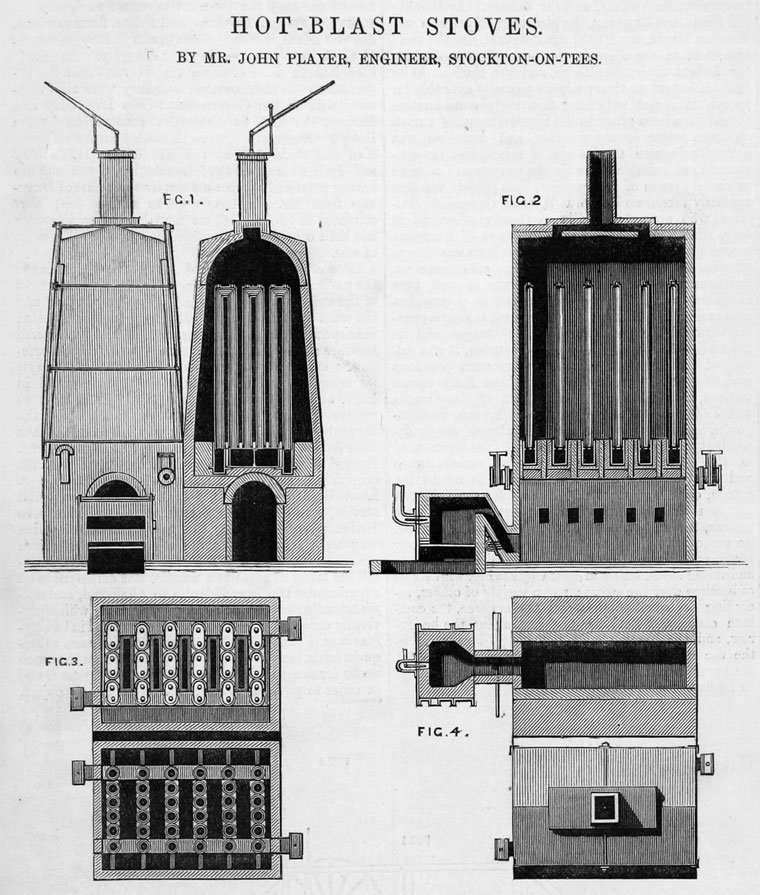 JOHN PLAYER was born at Elberton in Gloucestershire in 1808, and was educated at a private school in Wiltshire.

His first work as an engineer was the erection of the Gwendraeth Iron Works in Carmarthenshire, of which he was appointed manager in 1838. About this time he turned his attention to the introduction of anthracite coal into more general use as a fuel for blast furnaces and steam boilers ; and the furnace at the Gwendraeth Works was built in accordance with his plan for making iron with anthracite coal and cold blast. He also designed a steam boiler and blacksmith's forge for using the same fuel, both of which were in successful operation at the Gwendraeth Works.

In 1839 a steamer called the "Anthracite" was built and fitted with boilers on the same plan, and ran for some time on the Thames below London Bridge, attracting much notice in consequence of the absence of smoke.

In 1841 he was engaged to erect an ironworks at Hachenberg in the duchy of Nassau.

In 1846 he returned to England, and was engaged soon afterwards for a short time at the Bryn Amman Iron Works in Carmarthenshire. Subsequently he went to America and visited the ironworks in Pennsylvania ; and on his return he was engaged in building blast furnaces in the Middlesbrough district.

In 1866 he introduced some improvements in hot-blast stoves, in connection with which he was induced to go again to America, where the improved stoves have been very extensively adopted. He settled at Philadelphia in 1868, and at the time of his death was engaged in erecting iron furnaces in different parts of the United States.

His last invention was for the manufacture of a substance which he termed "mineral wool" from iron slag; it has the appearance of wool, and being incombustible and a non-conductor, is intended for casing high- pressure steam pipes and locomotive boilers, instead of hair felt. He died at Philadelphia of typhoid fever after a few days' illness on the 11th March 1870 at the age of sixty-two.

He became a Member of the Institution in 1862.