Grace's Guide is the leading source of historical information on industry and manufacturing in Britain. This web publication contains 148,403 pages of information and 233,863 images on early companies, their products and the people who designed and built them. 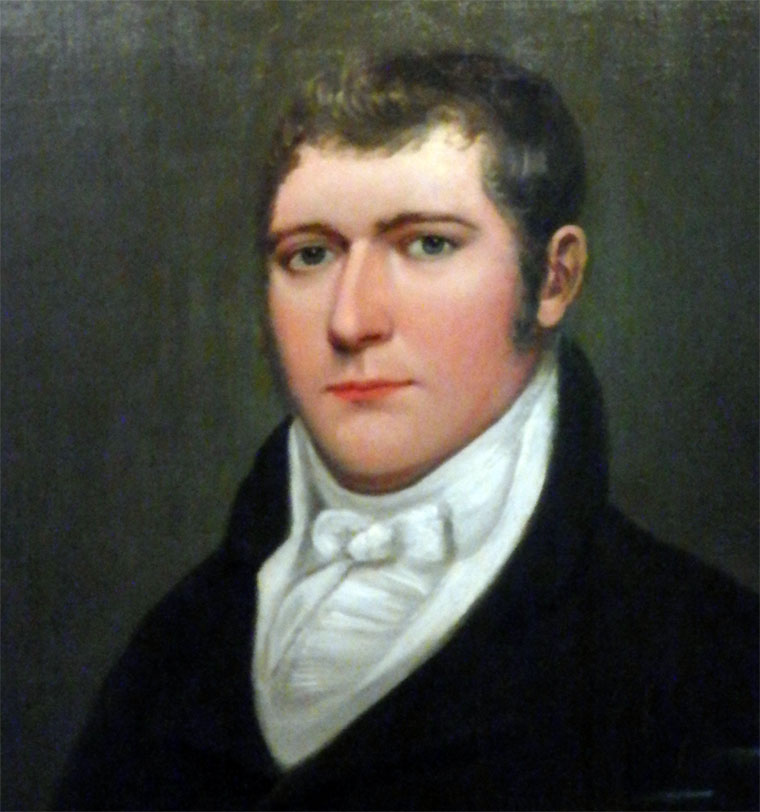 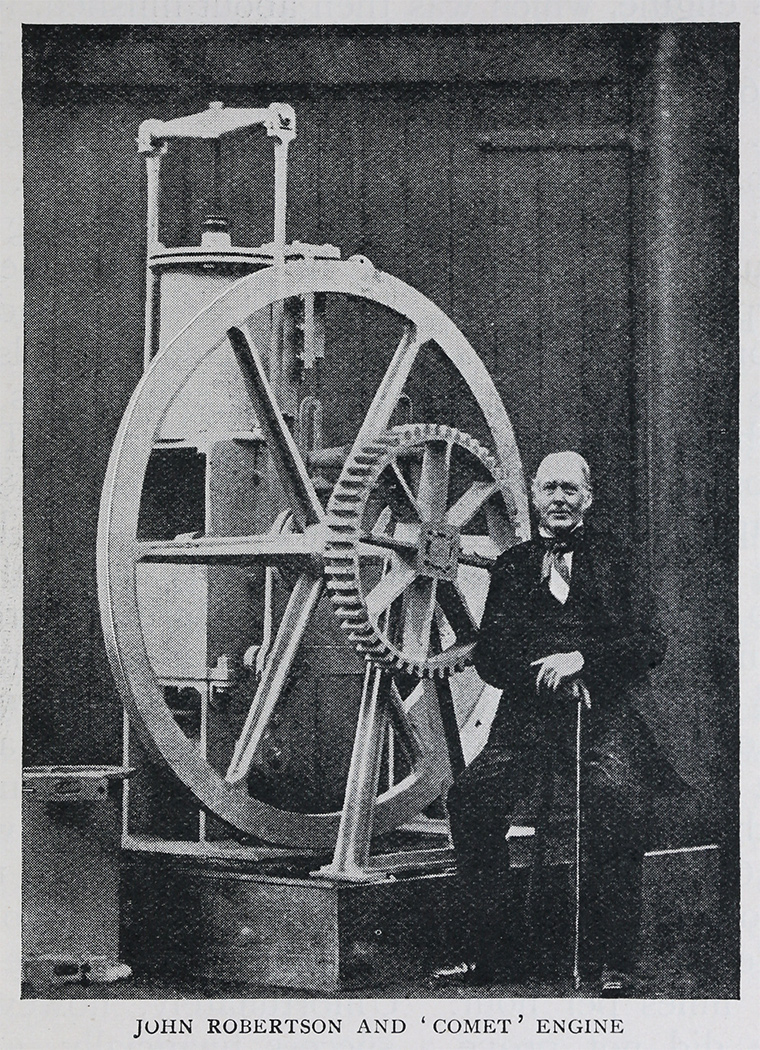 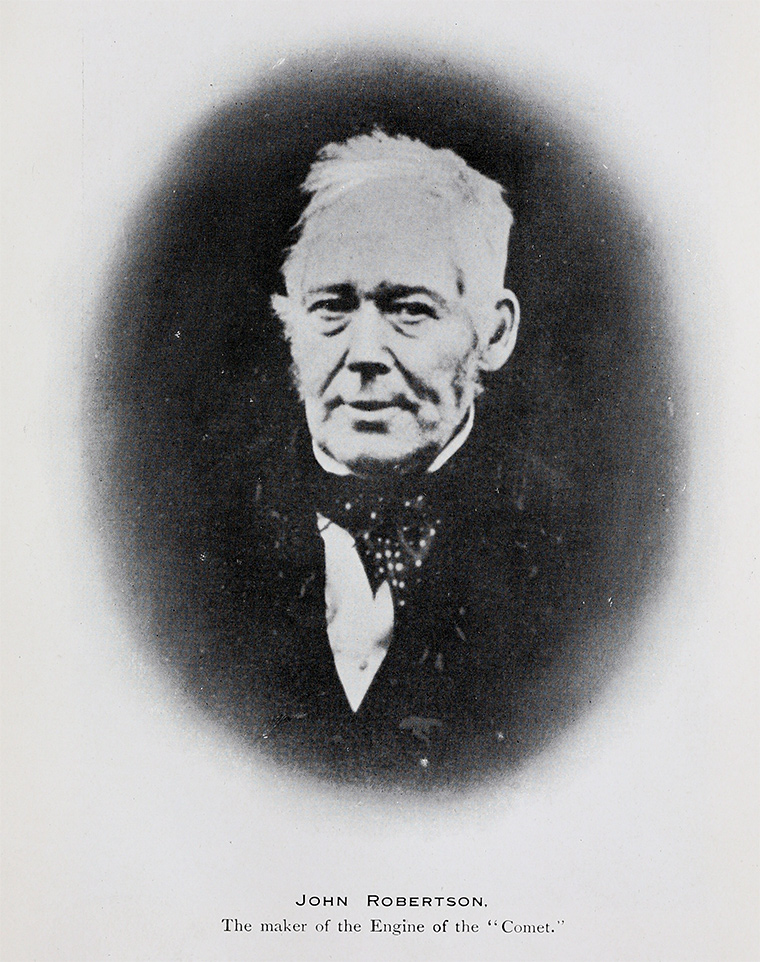 1796 Apprentice to Mr Cuthbertson, a spinning wheelwright in Neilston. After his apprenticeship he was employed as a turner at the Stanley Cotton Works in Perthshire where he worked for two years before moving to Glasgow.

For the following eight years he worked in the machine shop of William Dunn at High John Street. Dunn of Duntocher was one of Glasgow’s most famous entrepreneurs.

1807 Met Henry Bell when he was installing a small steam engine to pump sea water for the baths at Bell’s Baths Hotel in Helensburgh.

1810 With the death of his father, Robertson inherited a small engineering shop in Dempster Street, Glasgow.

1811 Robertson had built a small engine of 3 NHP ‘on chance of sale’, which he sold to Bell in April 1812 to power the near complete PS Comet.

Robertson’s description of ‘The Comet’ was that it was “prettily painted in different colours, having the figurehead of a lady with red cheeks and coloured dress”.

(John Robertson) was a kindly and generous man and was prey to lenders and borrowers. His assets were tied up in steam boats and they were gradually disposed of at a considerable loss and by August 1826 he found himself in over £2,000 of debt. He was declared bankrupt and became dependant on the generosity of a few good friends.[1]