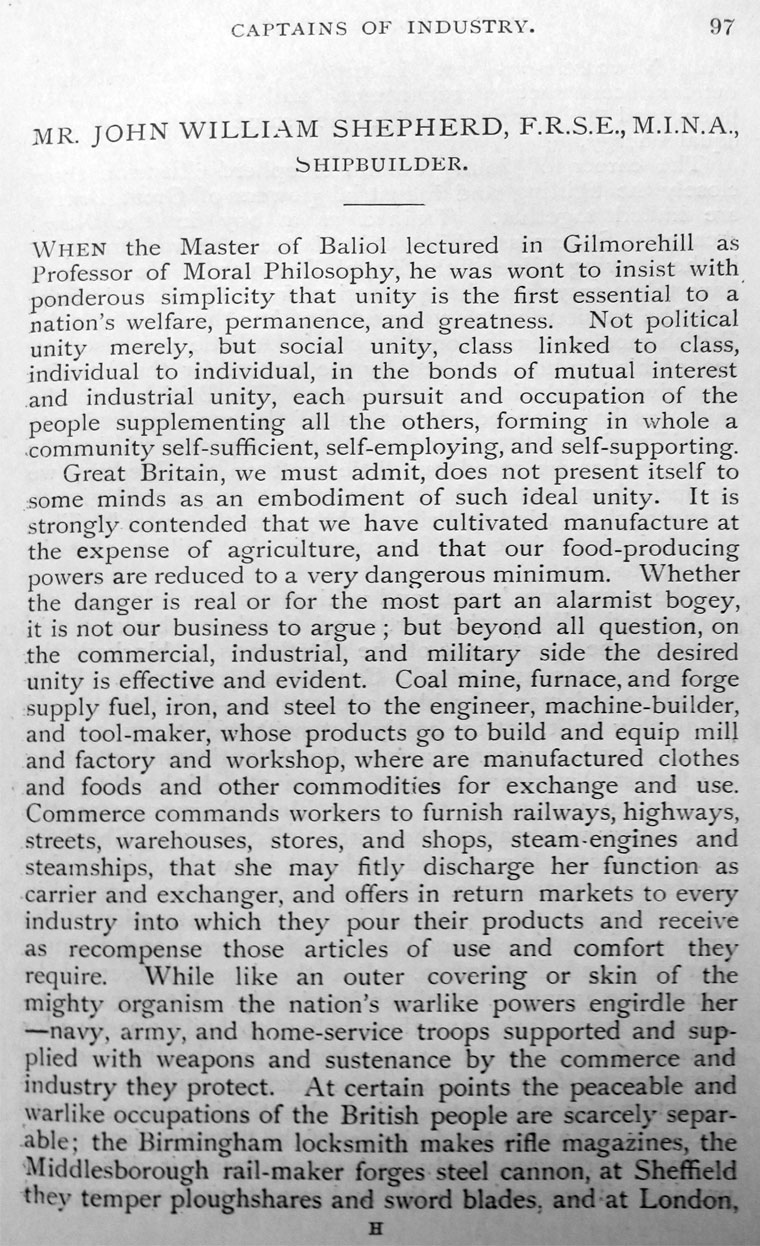 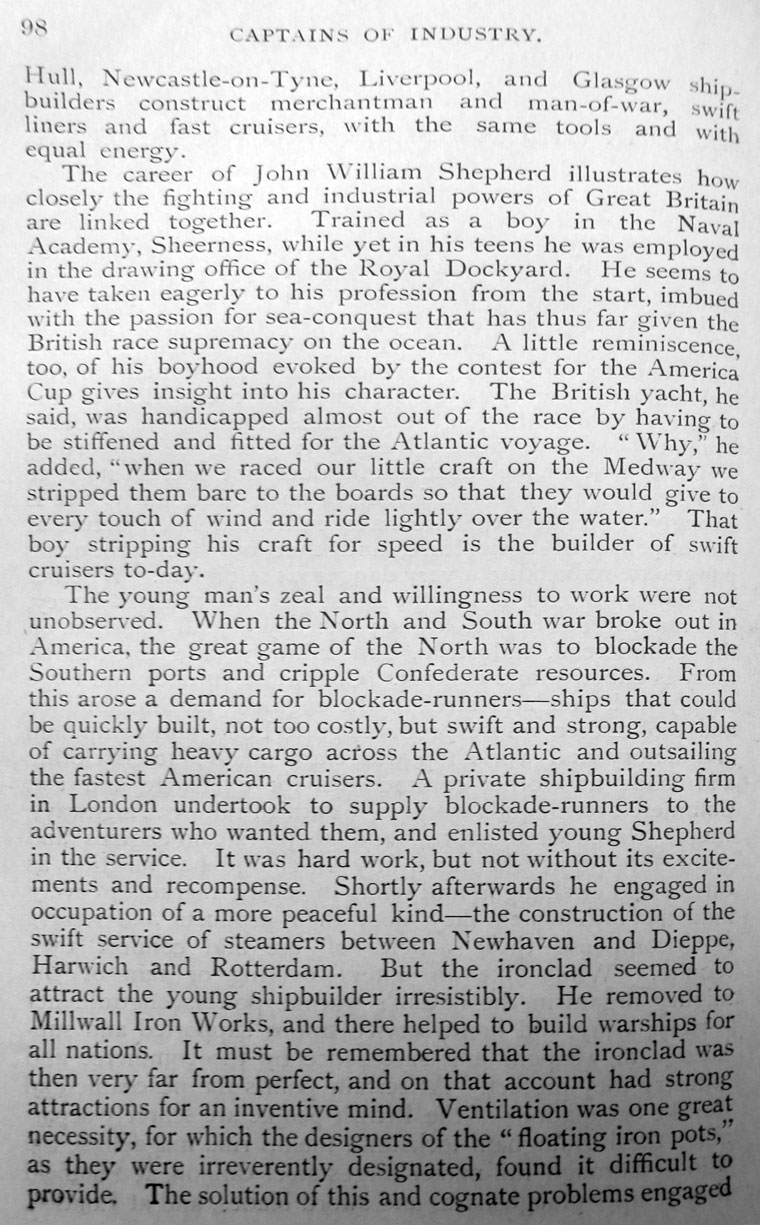 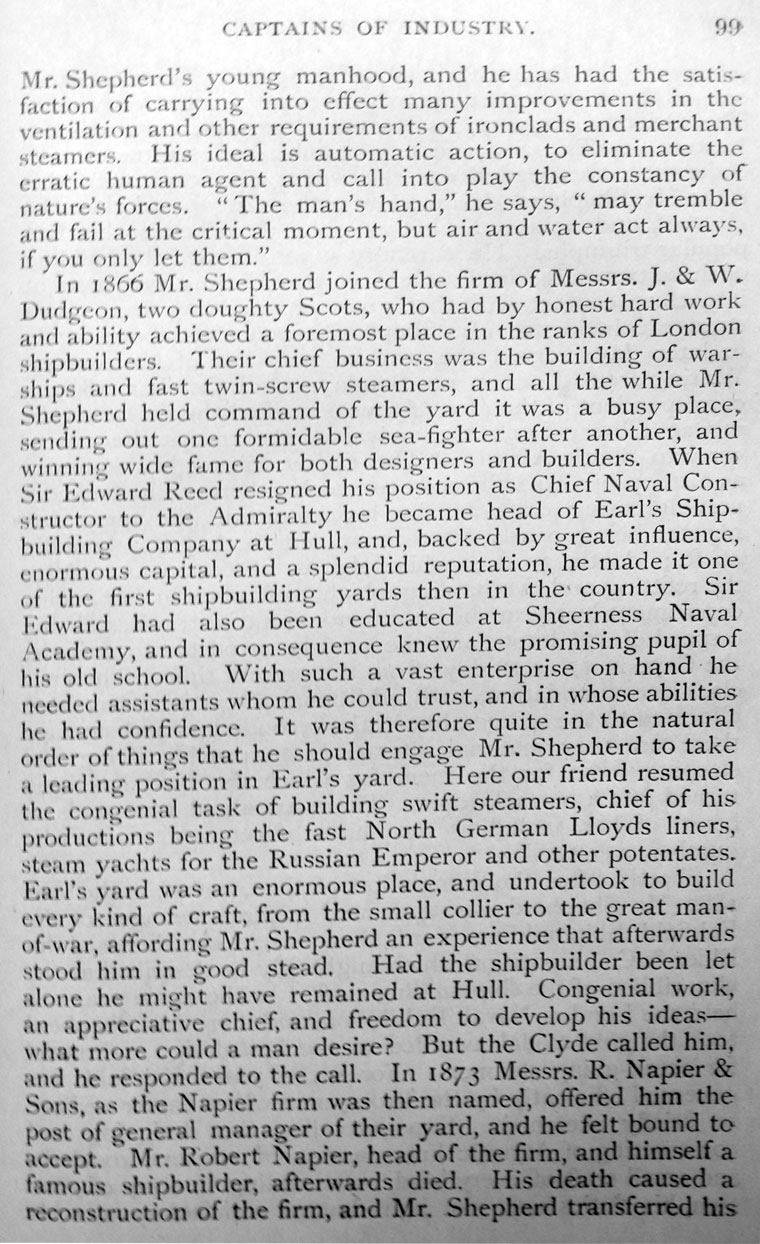 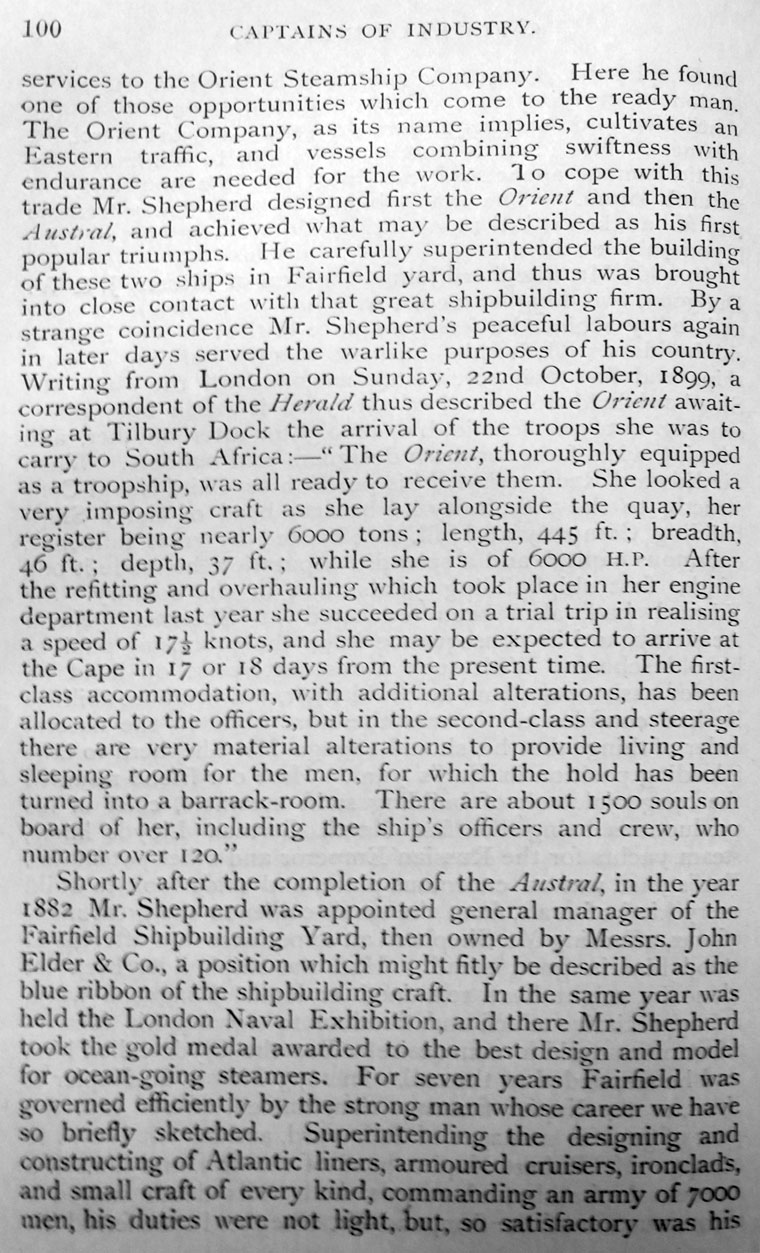 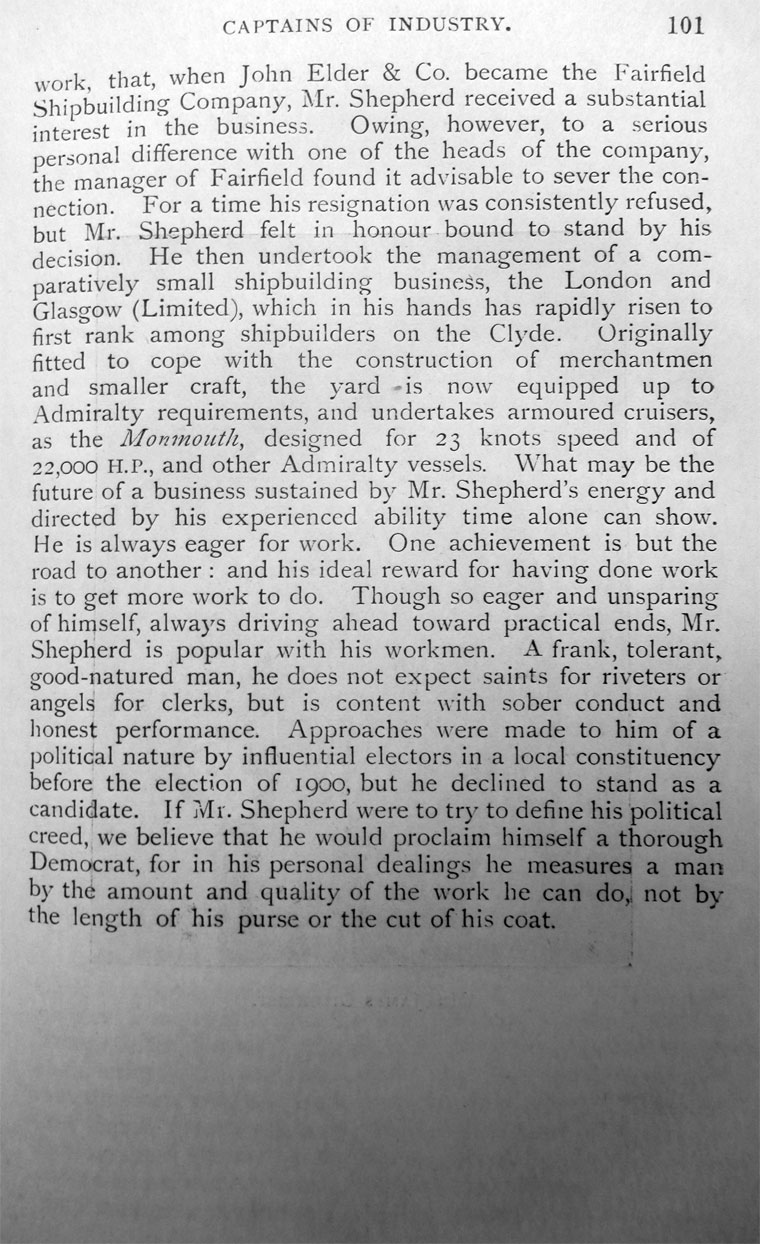 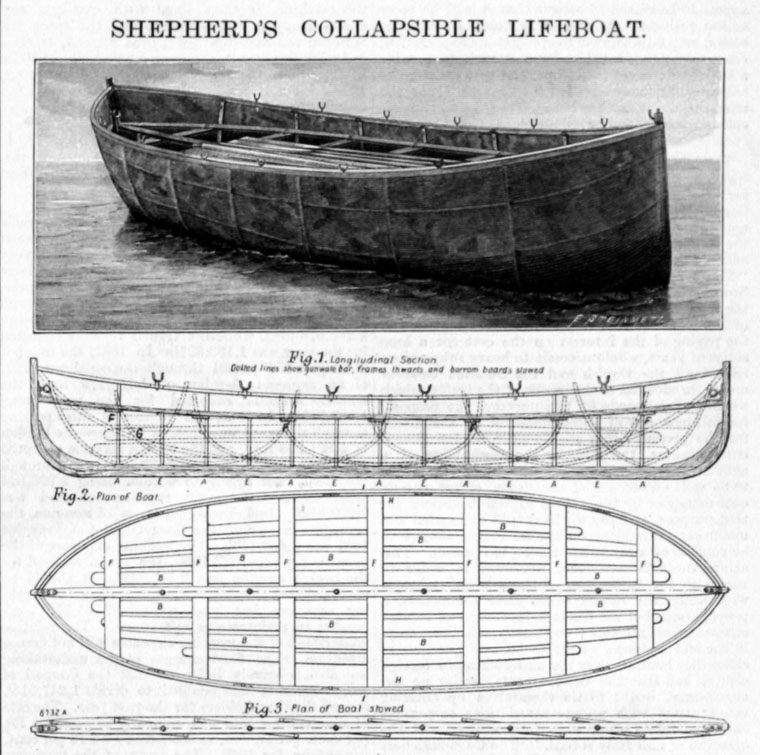 WHEN the Master of Baliol lectured in Gilmorehill as Professor of Moral Philosophy, he was wont to insist with ponderous simplicity that unity is the first essential to a nation's welfare, permanence, and greatness. Not political unity merely, but social unity, class linked to class, individual to individual, in the bonds of mutual interest and industrial unity, each pursuit and occupation of the people supplementing all the others, forming in whole a community self-sufficient, self-employing, and self-supporting.

Great Britain, we must admit, does not present itself to some minds as an embodiment of such ideal unity. It is strongly contended that we have cultivated manufacture at the expense of agriculture, and that our food-producing powers are reduced to a very dangerous minimum. Whether the danger is real or for the most part an alarmist bogey, it is not our business to argue; but beyond all question, on the commercial, industrial, and military side the desired unity is effective and evident. Coal mine, furnace, and forge supply fuel, iron, and steel to the engineer, machine-builder, and tool-maker, whose products go to build and equip mill and factory and workshop, where are manufactured clothes and foods and other commodities for exchange and use. Commerce commands workers to furnish railways, highways, streets, warehouses, stores, and shops, steam-engines and steamships, that she may fitly discharge her function as carrier and exchanger, and offers in return markets to every industry into which they pour their products and receive as recompense those articles of use and comfort they require. While like an outer covering or skin of the mighty organism the nation's warlike powers engirdle her navy, army, and home-service troops supported and supplied with weapons and sustenance by the commerce and industry they protect. At certain points the peaceable and warlike occupations of the British people are scarcely separable: the Birmingham locksmith makes rifle magazines, the Middlesborough rail-maker forges steel cannon, at Sheffield they temper ploughshares and sword blades, and at London, Hull, Newcastle-on-Tyne, Liverpool, and Glasgow ship builders construct merchantman and man-of-war, swift liners and fast cruisers, with the same tools and with equal energy.

The career of John William Shepherd illustrates how closely the fighting and industrial powers of Great Britain are linked together. Trained as a boy in the Naval Academy, Sheerness, while yet in his teens he was employed in the drawing office of the Royal Dockyard. He seems to have taken eagerly to his profession from the start, imbued with the passion for sea-conquest that has thus far given the British race supremacy on the ocean. A little reminiscence, too, of his boyhood evoked by the contest for the America Cup gives insight into his character. The British yacht, he said, was handicapped almost out of the race by having to be stiffened and fitted for the Atlantic voyage. "Why," he added, "when we raced our little craft on the Medway we stripped them bare to the boards so that they would give to every touch of wind and ride lightly over the water." That boy stripping his craft for speed is the builder of swift cruisers to-day.

The young man's zeal and willingness to work were not unobserved. When the North and South war broke out in America, the great game of the North seas to blockade the Southern ports and cripple Confederate resources. From this arose a demand for blockade-runners—ships that could be quickly built, not too costly, but swift and strong, capable of carrying heavy cargo across the Atlantic and out-sailing the fastest American cruisers. A private shipbuilding firm in London undertook to supply blockade-runners to the adventurers who wanted them, and enlisted young Shepherd in the service. It was hard work, but not without its excitements and recompense. Shortly afterwards he engaged in occupation of a more peaceful kind — the construction of the swift service of steamers between Newhaven and Dieppe, Harwich and Rotterdam. But the ironclad seemed to attract the young shipbuilder irresistibly. He removed to Millwall Iron Works, and there helped to build warships for all nations. It must be remembered that the ironclad was then very far from perfect, and on that account had strong attractions for an inventive mind. Ventilation was one great necessity, for which the designers of the "floating iron pots," as they were irreverently designated, found it difficult to provide. The solution of this and cognate problems engaged

Mr. Shepherd's young manhood, and he has had the satisfaction of carrying into effect many improvements in the ventilation and other requirements of ironclads and merchant steamers. His ideal is automatic action, to eliminate the erratic human agent and call into play the constancy of nature's forces. "The man's hand," he says, "may tremble and fail at the critical moment, but air and water act always, if you only let them."

In 1866 Mr. Shepherd joined the firm of Messrs. J. & W. Dudgeon, two doughty Scots, who had by honest hard work and ability achieved a foremost place in the ranks of London shipbuilders. Their chief business was the building of warships and fast twin-screw steamers, and all the while Mr. Shepherd held command of the yard it was a busy place, sending out one formidable sea-fighter after another, and winning wide fame for both designers and builders. When Sir Edward Need resigned his position as Chief Naval Constructor to the Admiralty he became head of Earl's Shipbuilding Company at Hull, and, backed by great influence, enormous capital, and a splendid reputation, he made it one of the first shipbuilding yards then in the country. Sir Edward had also been educated at Sheerness Naval Academy, and in consequence knew the promising pupil of his old school. With such a vast enterprise on hand he needed assistants whom he could trust, and in whose abilities he had confidence.

It was therefore quite in the natural order of things that he should engage Mr. Shepherd to take a leading position in Earl's yard. Here our friend resumed the congenial task of building swift steamers, chief of his productions being the fast North German Lloyds liners, steam yachts for the Russian Emperor and other potentates. Earl's yard was an enormous place, and undertook to build every kind of craft, from the small collier to the great man-of-war, affording Mr. Shepherd an experience that afterwards stood him in good stead. Had the shipbuilder been let alone he might have remained at Hull. Congenial work, an appreciative chief, and freedom to develop his ideas — what more could a man desire? But the Clyde called him, and he responded to the call.

In 1873 Messrs. R. Napier & Sons, as the Napier firm was then named, offered him the post of general manager of their yard, and he felt bound to accept. Robert Napier, head of the firm, and himself a famous shipbuilder, afterwards died. His death caused a reconstruction of the firm, and Mr. Shepherd transferred his services to the Orient Steamship Company. Here he found someone of those opportunities which come to the ready man. The Orient Company, as its name implies, cultivates an Eastern traffic, and vessels combining swiftness with endurance are needed for the work. To cope with this trade Mr. Shepherd designed first the ‘Orient’ and then the ‘Austral’, and achieved what may be described as his first popular triumphs. He carefully superintended the building of these two ships in Fairfield yard, and thus was brought into close contact with that great shipbuilding firm. By strange coincidence Mr. Shepherds peaceful labours again in later days served the warlike purposes of his country. Writing from London on Sunday, 22nd October, 1899, a correspondent of the ‘Herald’ thus described the ‘Orient’ awaiting at Tilbury Dock the arrival of the troops she was to carry to South Africa:- "The Orient, thoroughly equipped as a troop ship, was all ready to receive them. She looked a very imposing craft as she lay alongside the quay, her register being nearly 6000 tons length, 445 ft.; breadth. 46 ft. depth, 37 ft, while she is of 6000 H.P. After the refitting and overhauling which took place in her engine department last year she succeeded on a trial trip in realising a speed of 17.5, knots, and she may be expected to arrive at the Cape in 17 or IS days from the present time. The first-class accommodation, with additional alterations, has been allocated to the officers, but in the second-class and steerage there are very material alterations to provide living and sleeping room for the men, for which the hold has been turned into a barrack-room. There are about 1500 souls on hoard of her, including the ship's officers and crew, who number over 120."

Shortly after the completion of the ‘Austral’, in the year 1882 Mr. Shepherd was appointed general manager of the Fairfield Shipbuilding Yard, then owned be Messrs. John Elder and Co., a position which might fitly be described as the blue ribbon of the shipbuilding craft. In the same year was held the London Naval Exhibition, and there Mr. Shepherd took the gold medal awarded to the best design and model for ocean-going steamers. For seven years Fairfield was governed efficiently by the strong man whose career we have so briefly sketched. Superintending the designing and constructing of Atlantic liners, armoured cruisers, ironclads, and small craft of every kind, commanding an army of 7000 men, his duties were not light, but, so satisfactory was his work, that, when John Elder & Co. became the Fairfield Shipbuilding Company, Mr. Shepherd received a substantial interest in the business. Owing, however, to a serious personal difference with one of the heads of the company, the manager of Fairfield found it advisable to sever the connection. For a time his resignation was consistently refused, but Mr. Shepherd felt in honour bound to stand by his decision.

He then undertook the management of a comparatively small shipbuilding business, the London and Glasgow (Limited), which in his hands has rapidly risen to first rank among shipbuilders on the Clyde. Originally fitted to cope with the construction of merchantmen and smaller craft, the yard is now equipped up to Admiralty requirements, and undertakes armoured cruisers, as the Monmouth, designed for 23 knots speed and of 22,000 H.P., and other Admiralty vessels.

What may be the future of a business sustained by Mr. Shepherd's energy and directed by his experienced ability time alone can show. He is always eager for work. One achievement is but the road to another: and his ideal reward for having done work is to get more work to do. Though so eager and unsparing of himself, always driving ahead toward practical ends, Mr. Shepherd is popular with his workmen. A frank, tolerant, good-natured man, he does not expect saints for riveters or angels for clerks, but is content with sober conduct and honest performance. Approaches were made to him of a political nature by influential electors in a local constituency before the election of 1900, but he declined to stand as a candidate. If Mr. Shepherd were to try to define his political creed, we believe that he would proclaim himself a thorough Democrat, for in his personal dealings he measures a man by the amount and quality of the work he can do,: not by the length of his purse or the cut of his coat.