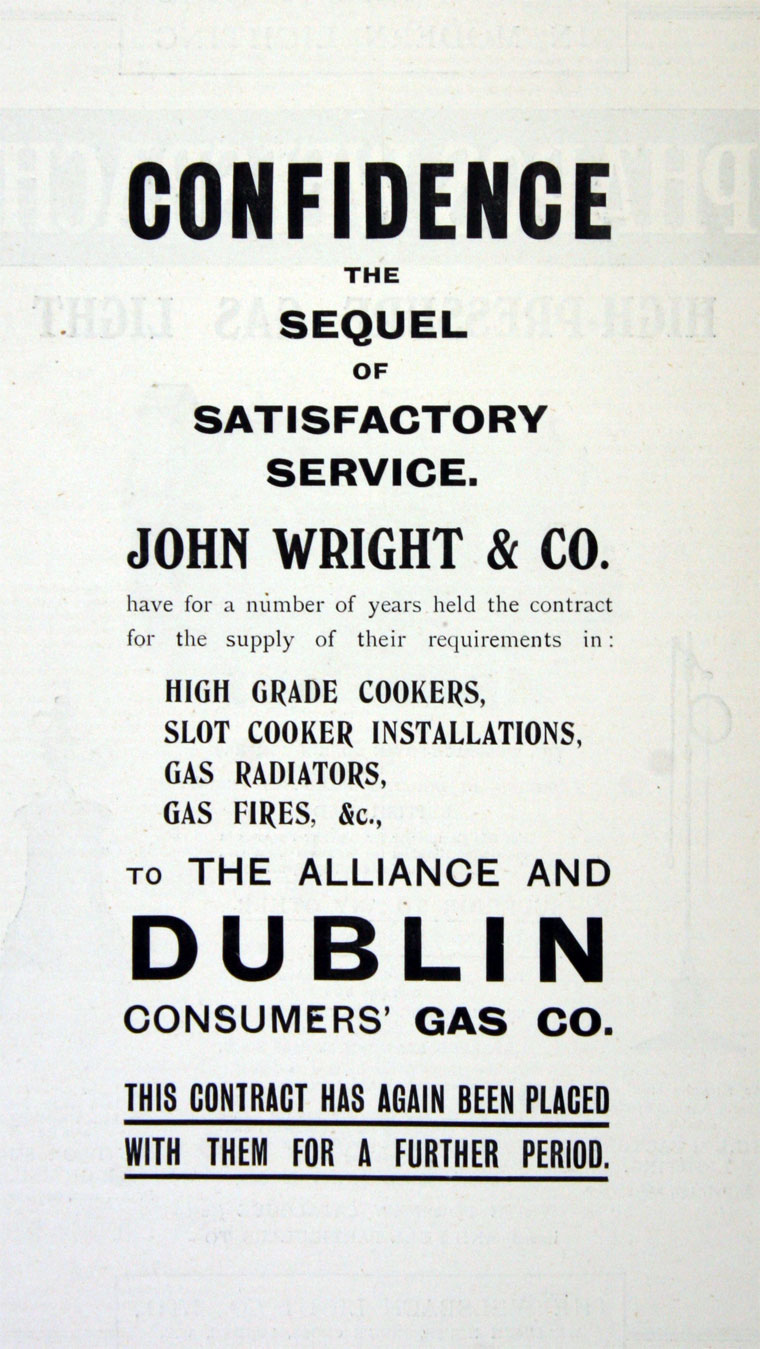 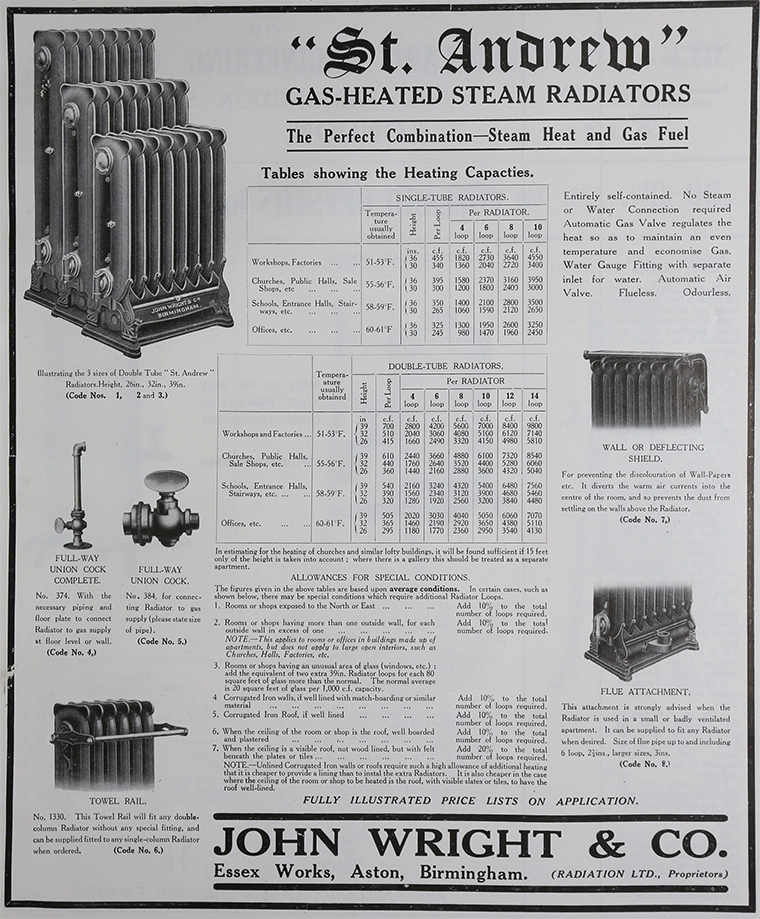 1890 John Wright and Co was registered on 21 June, to take over the business of gas engineers of the firm of the same name.

1967 Radiation was taken over by Tube Investments[5].