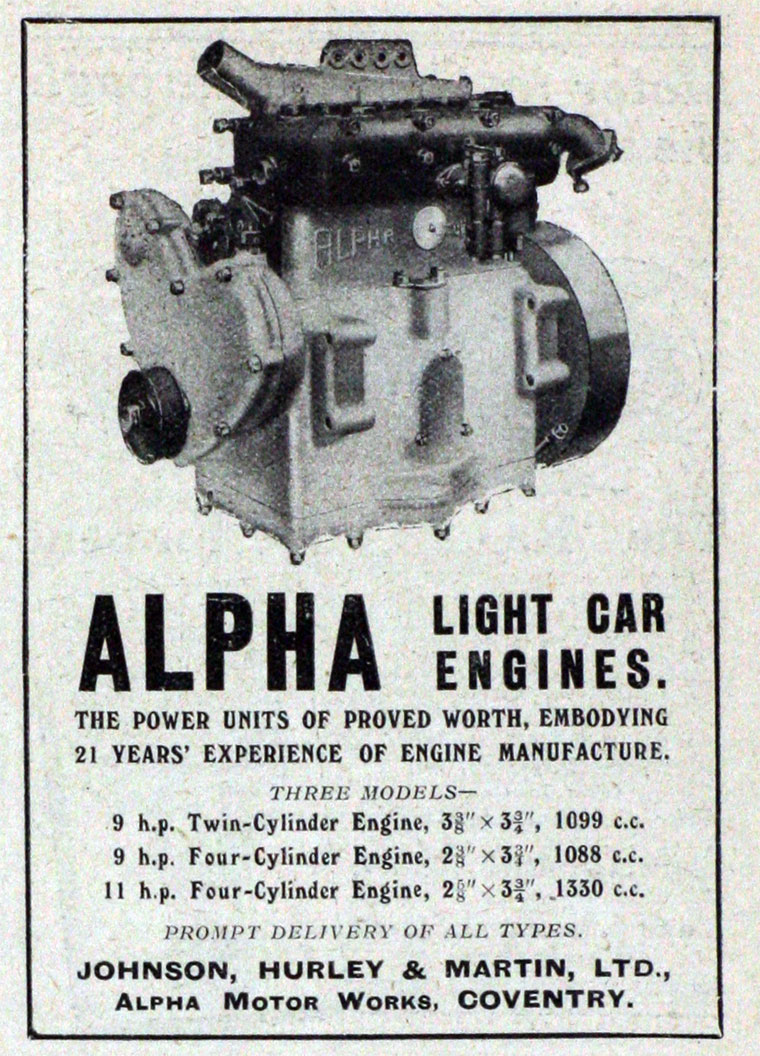 Makers of Alpha engines. The company was mainly involved with the production of car engines.

They became involved in motorcycle competition when they manufactured an improved crankshaft for Villiers engines, followed by a complete bottom half. Fred Cutler who was the Managing Director at the time, then designed an engine with the induction controlled by flywheel flanges. The twin two-stroke was a 247cc engine with rotary disc valves. The discs went between the flywheels in the middle and were fed by a single carburettor.

Most early business was supplying JHM engines to Calthorpe

1907/8 Produced the Alpha motorcycle. It had an Albion gearbox. They were firstly fitted in a DMW frame and later in an Alpha frame with Ceriani forks. Even though the machine was successful, only eight engines were built before the controlling company brought production to a halt.

1925 Introduced two engines for farm and industrial use. The Alpha engines were twin-cylinder (9 bhp) and four-cylinder (11 bhp) [4]

1926 Company closed and then re-opened as Alpha Engineering