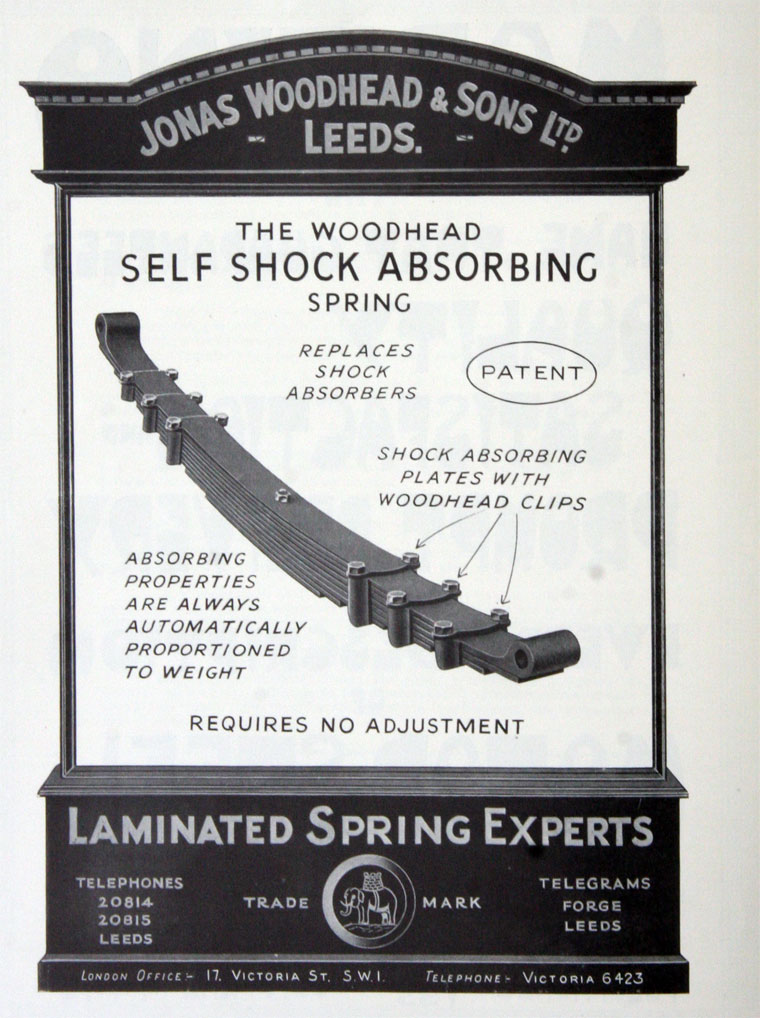 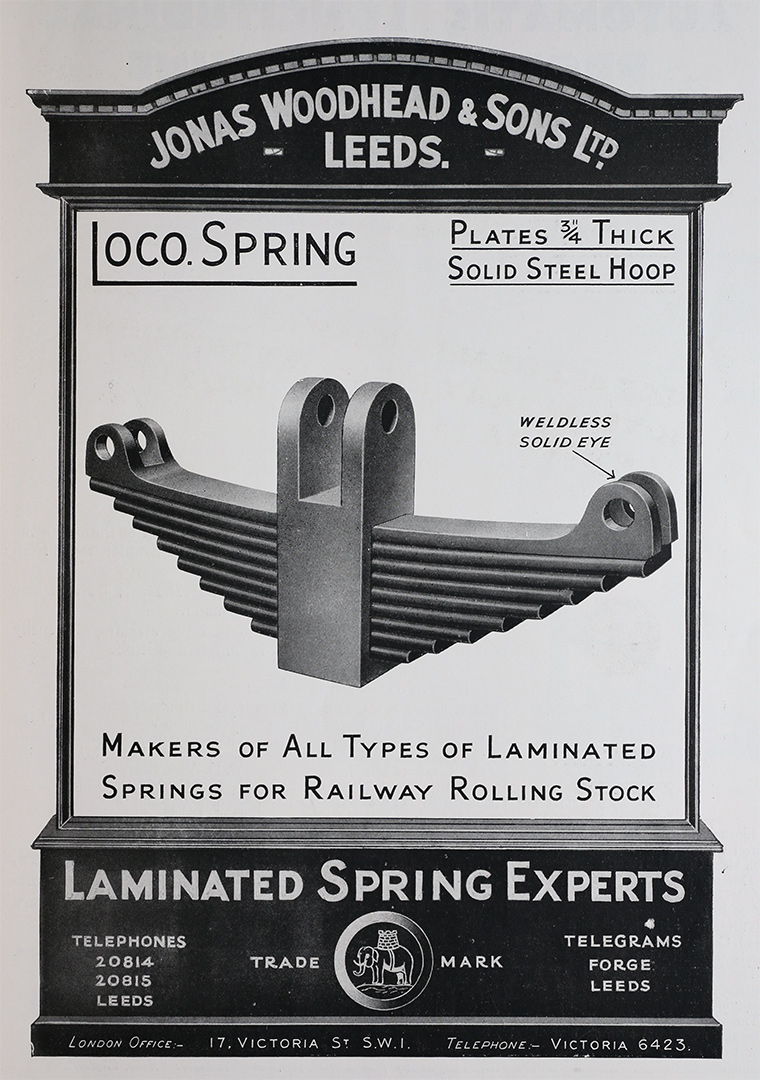 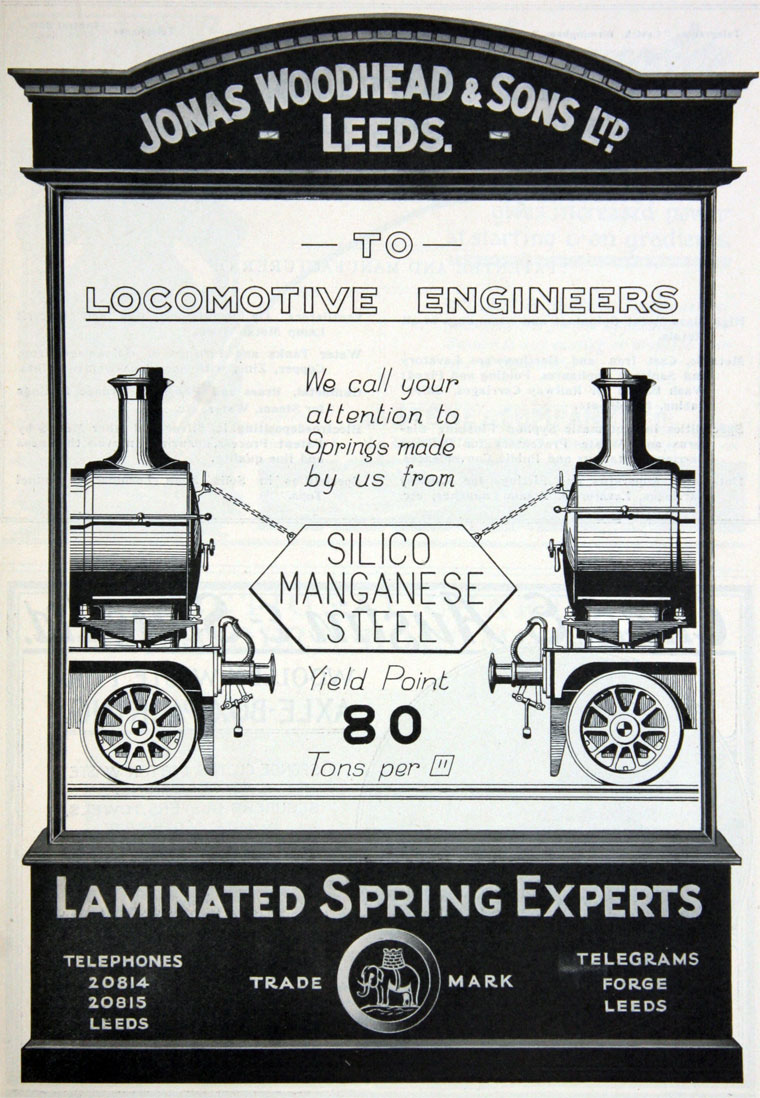 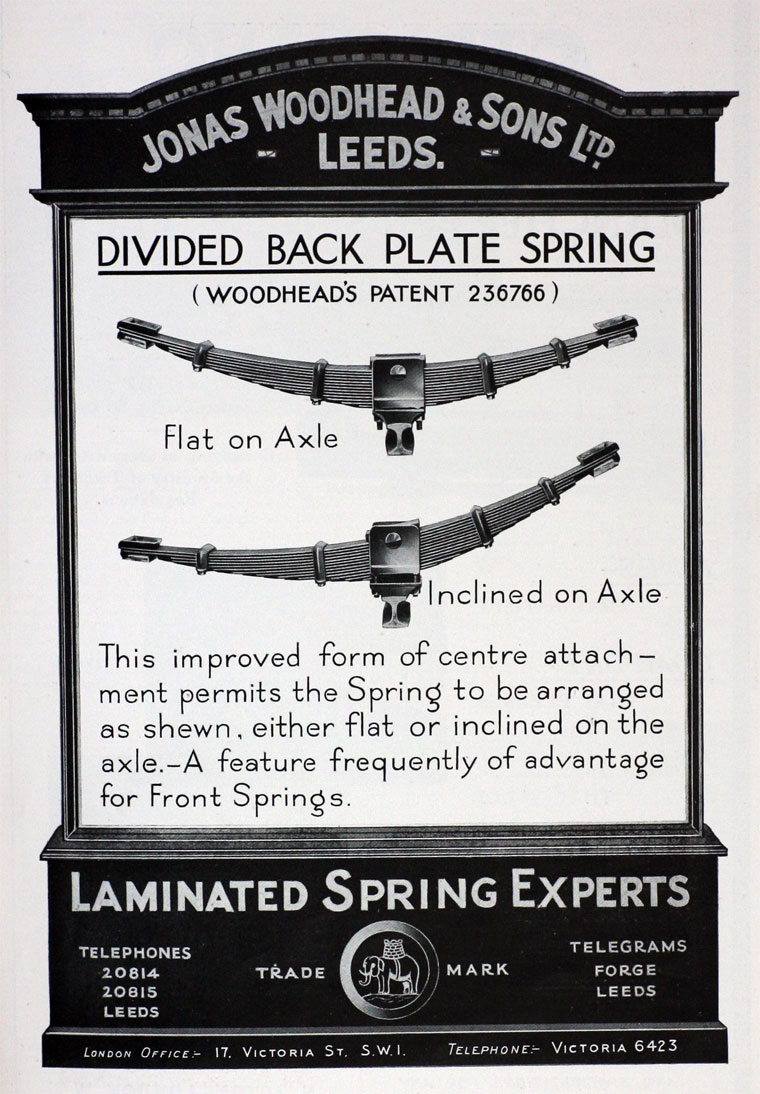 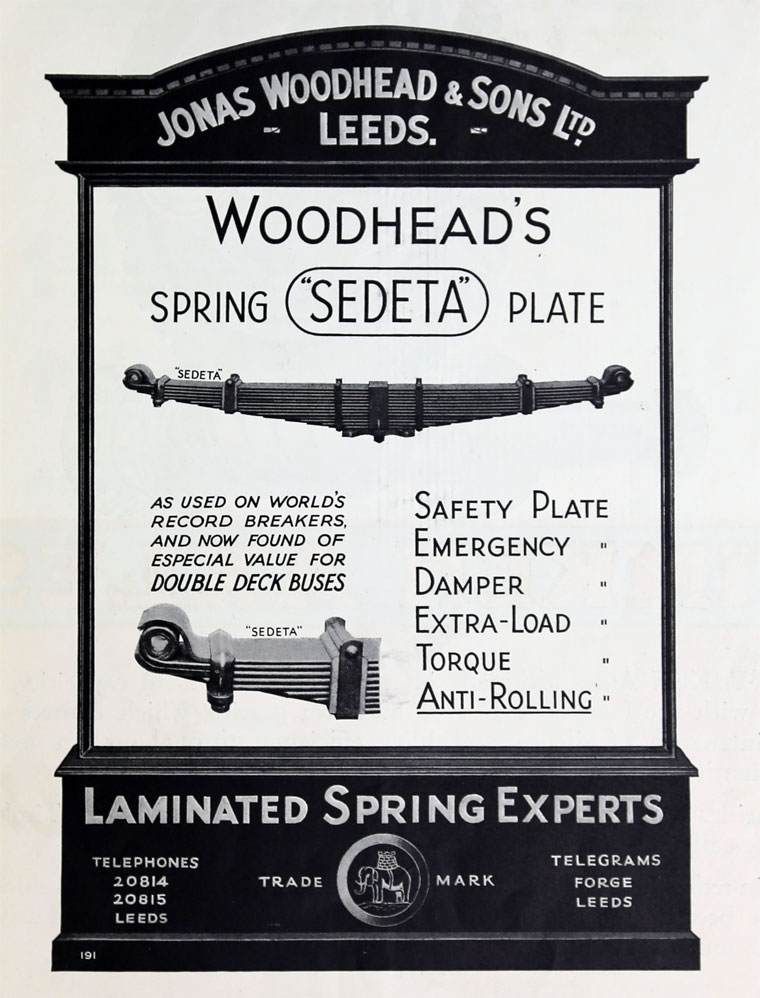 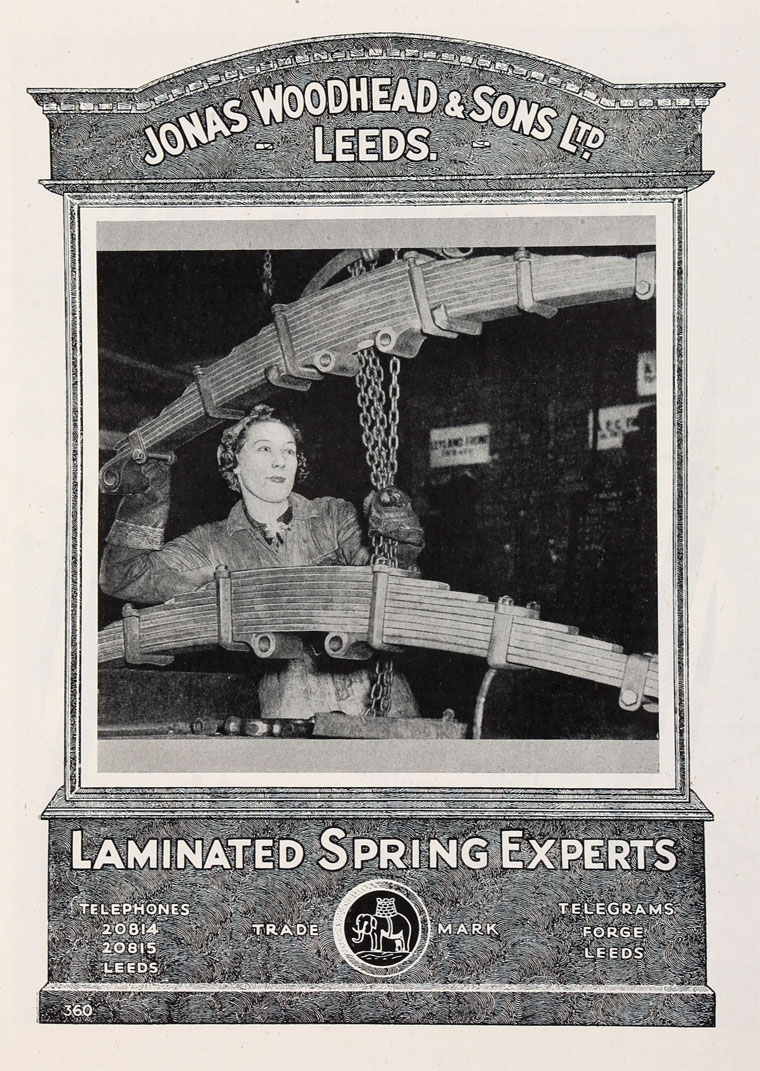 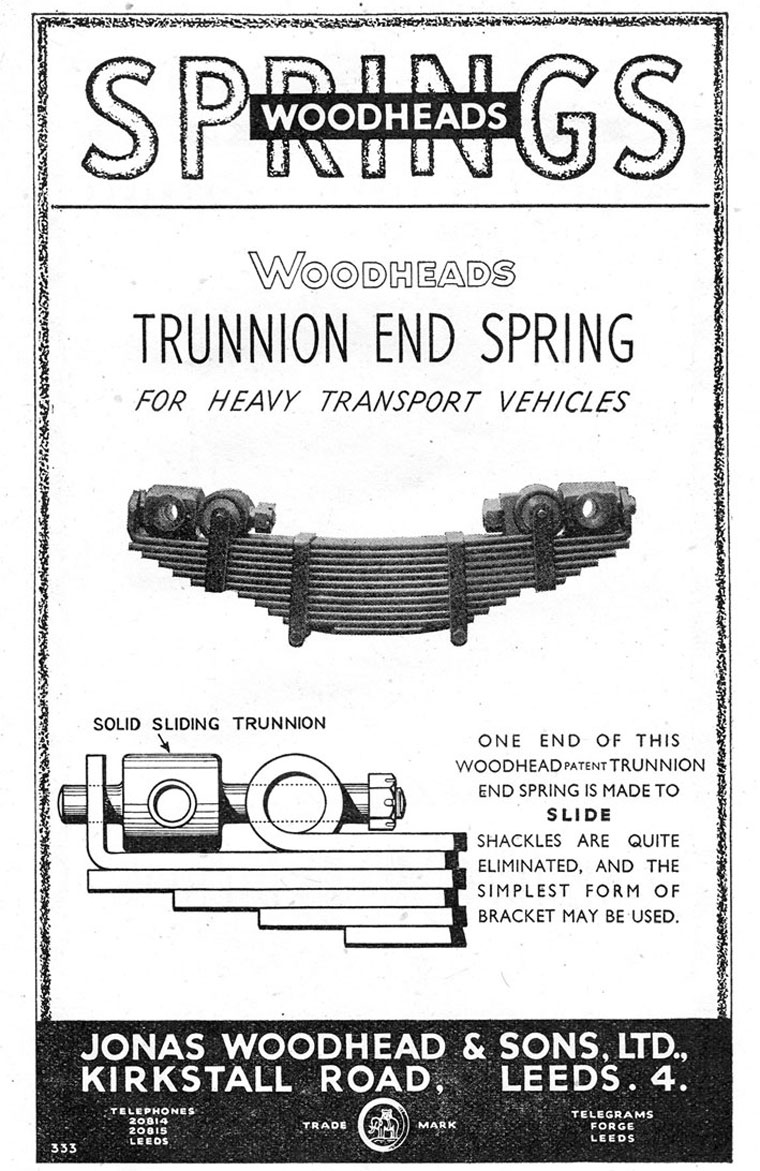 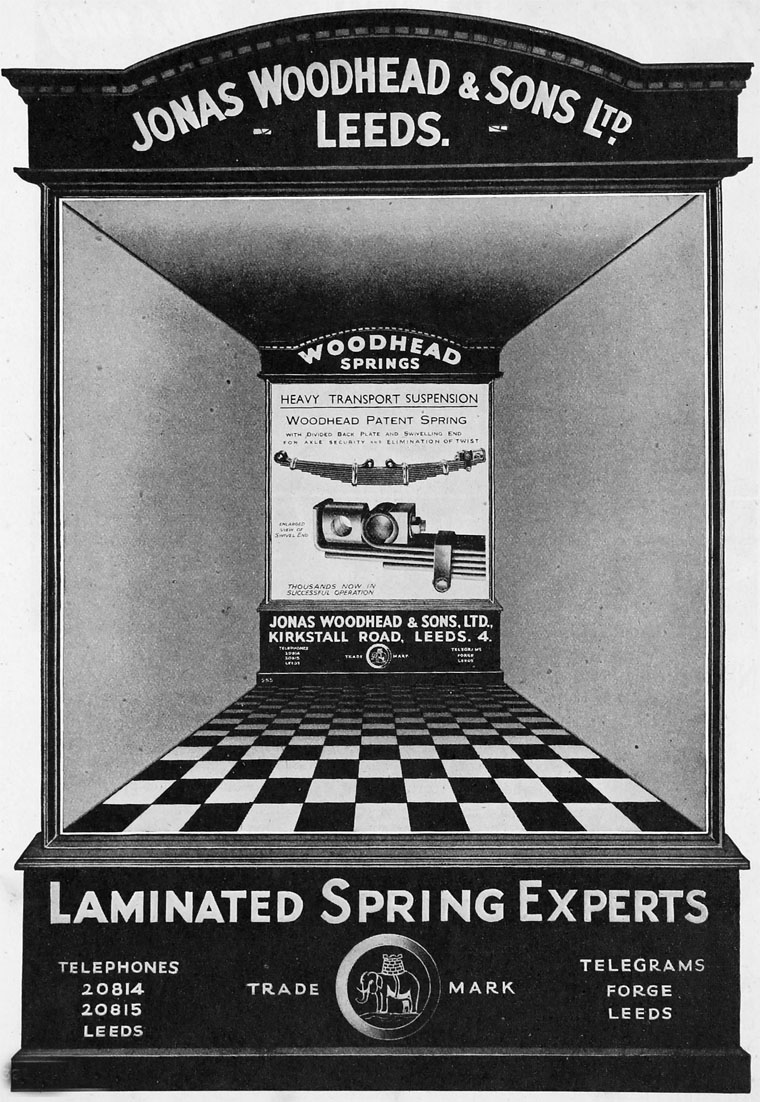 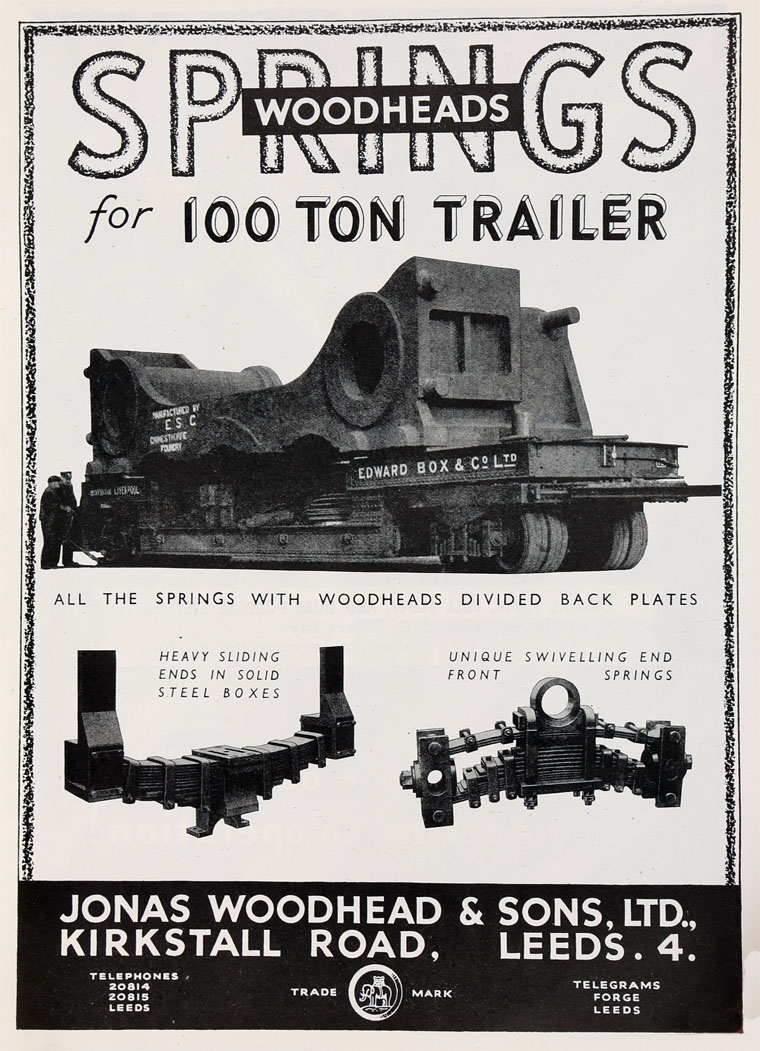 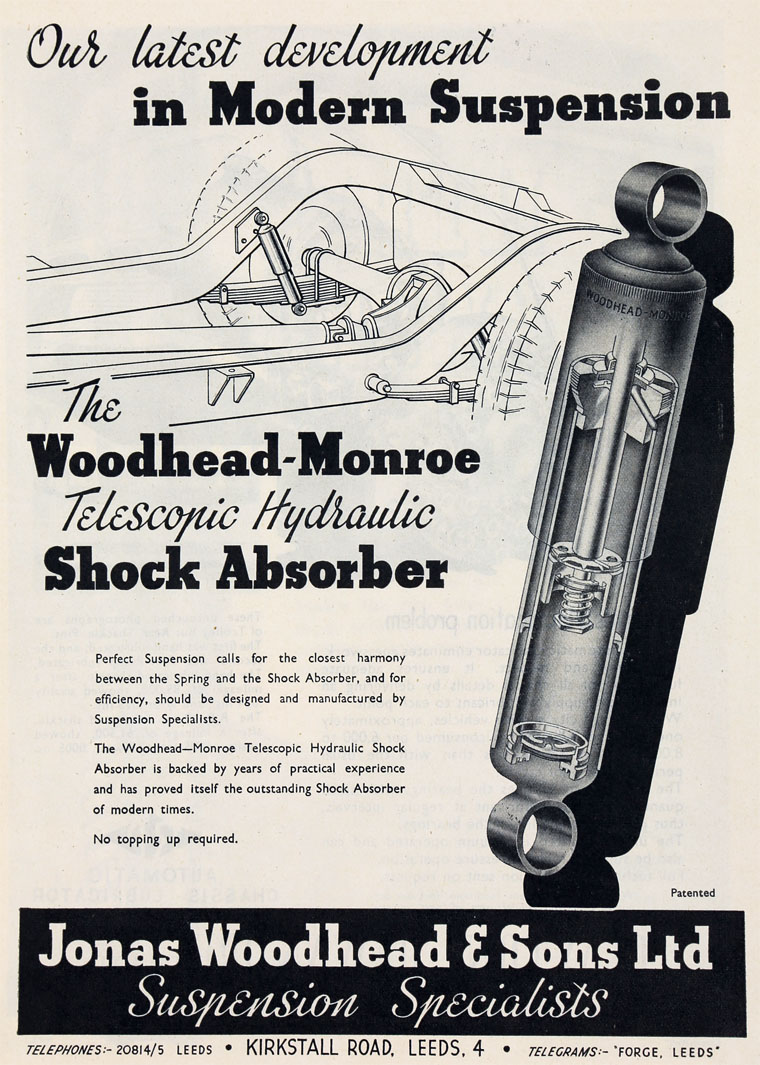 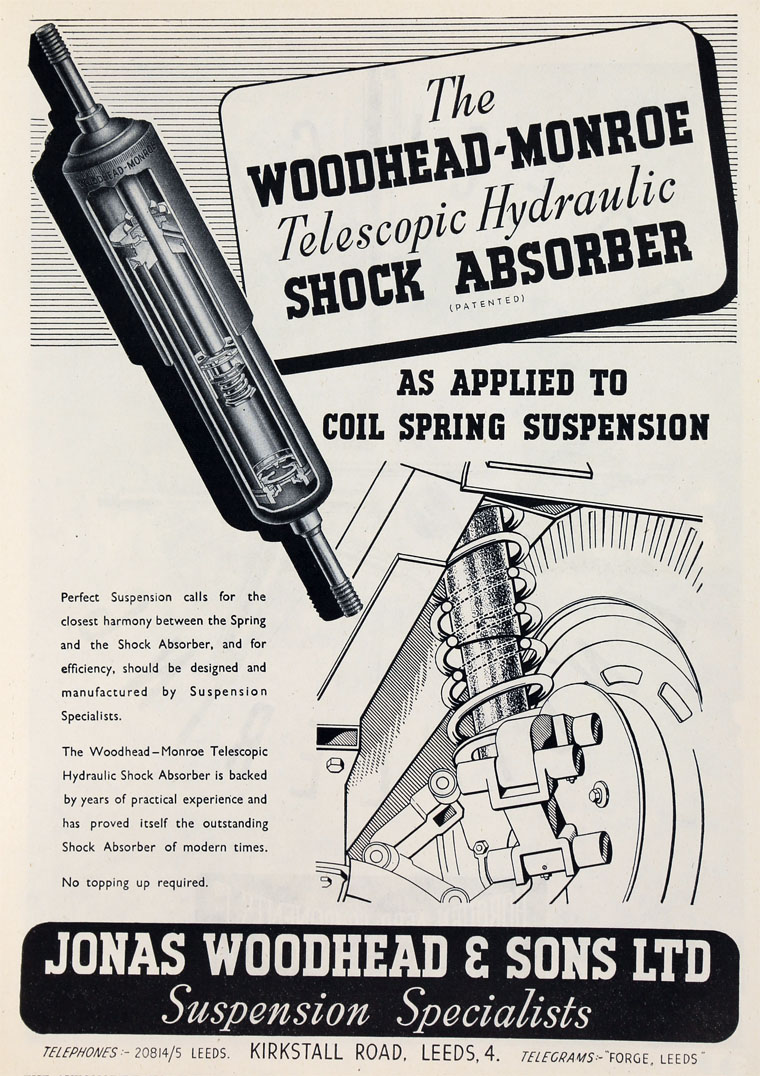 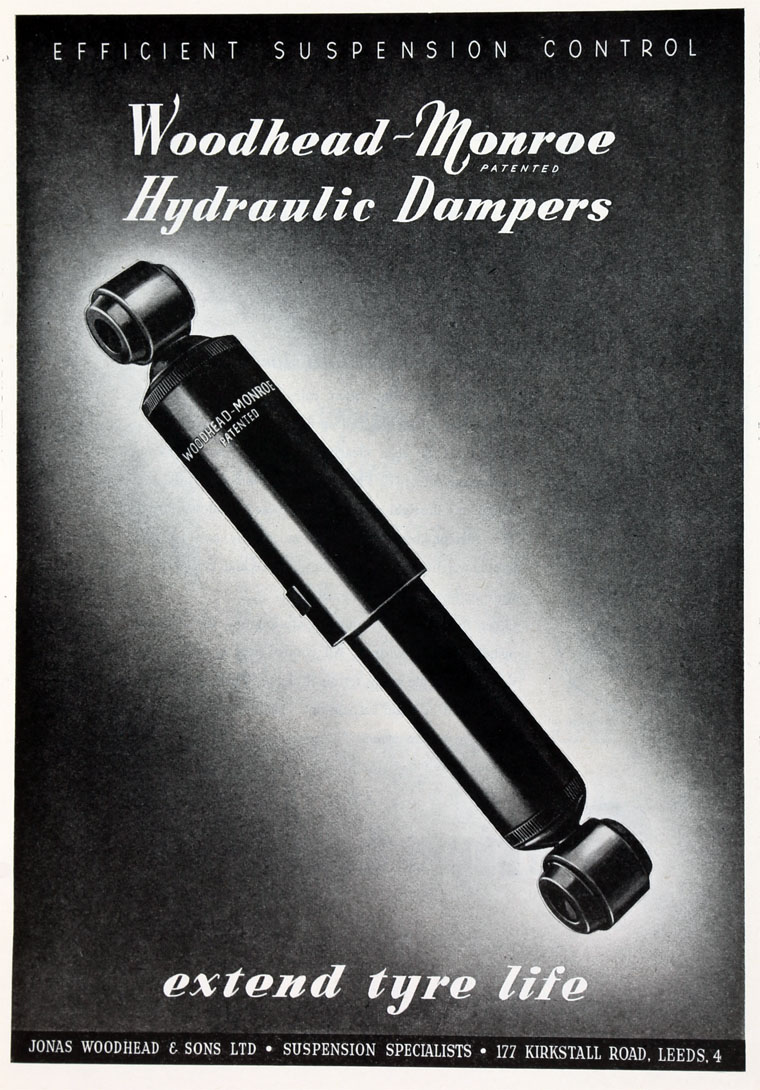 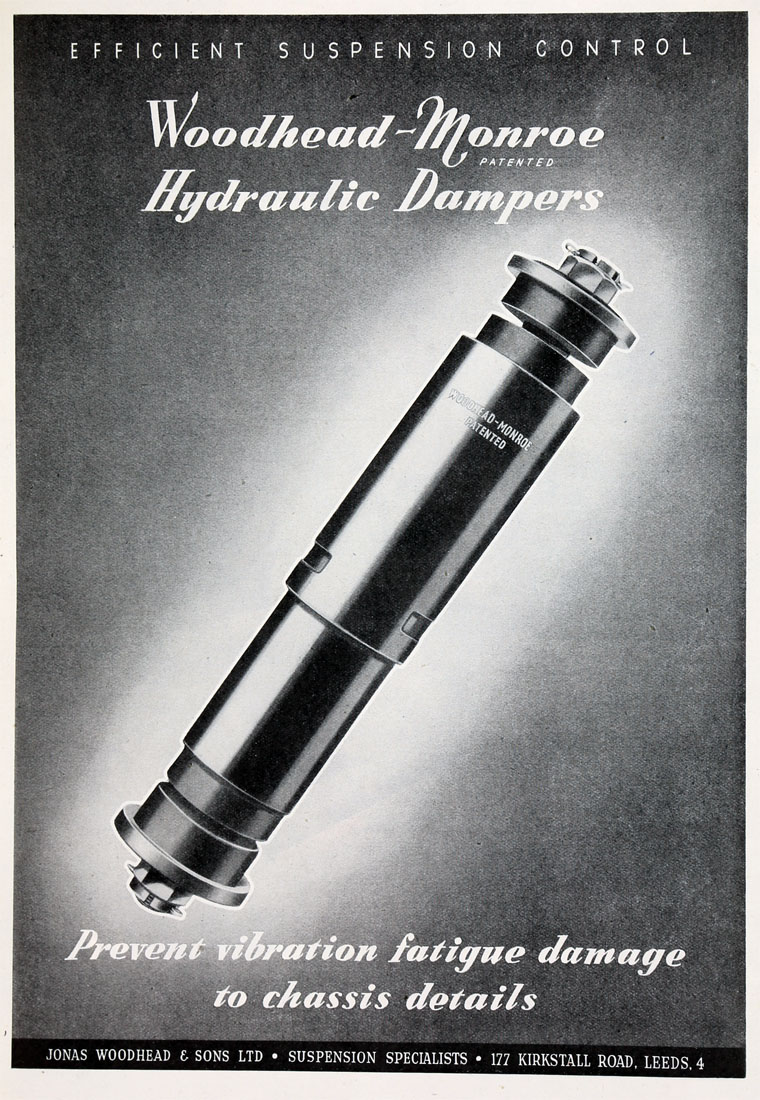 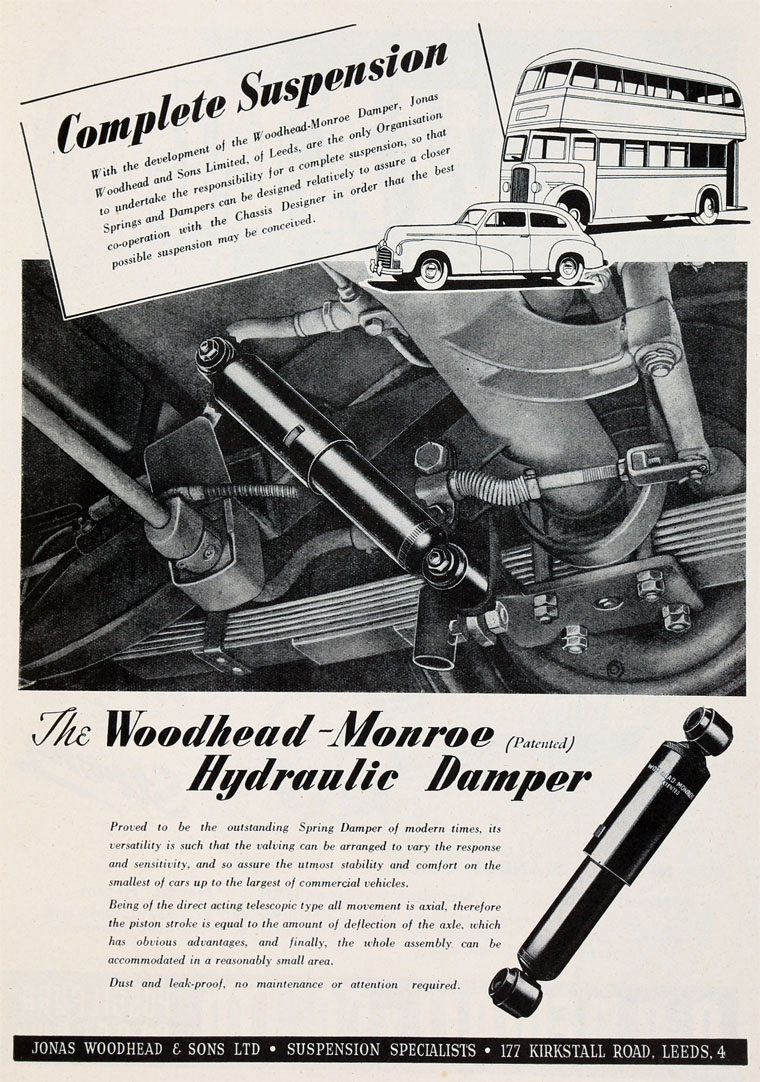 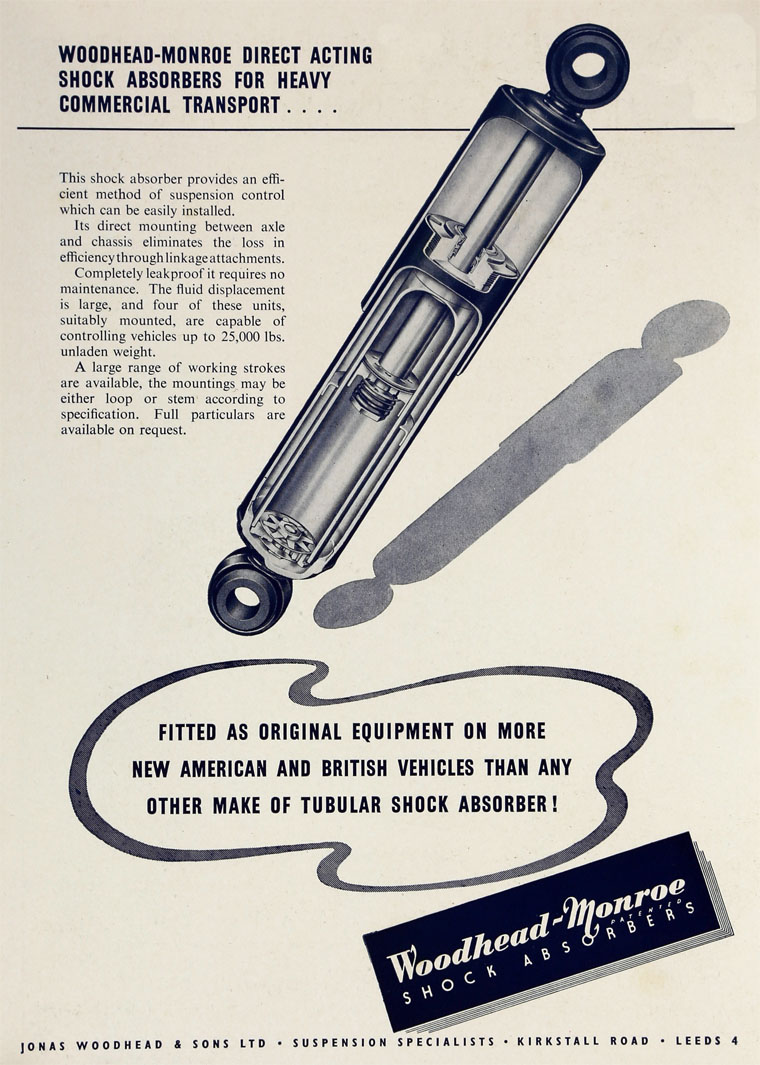 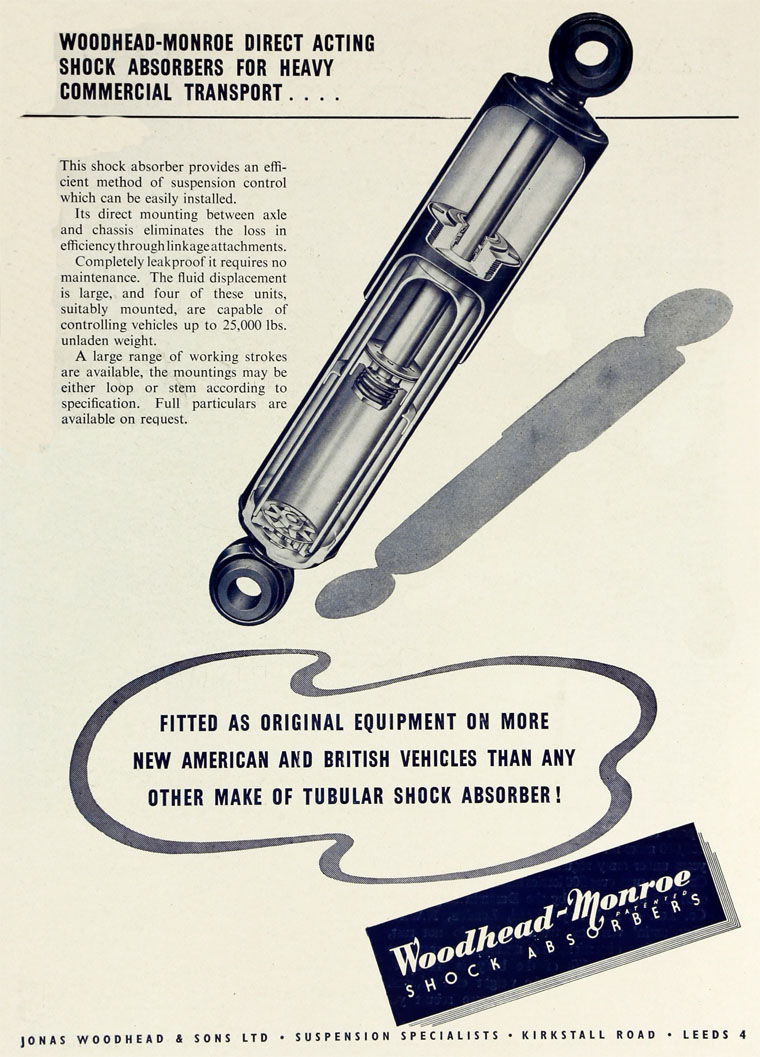 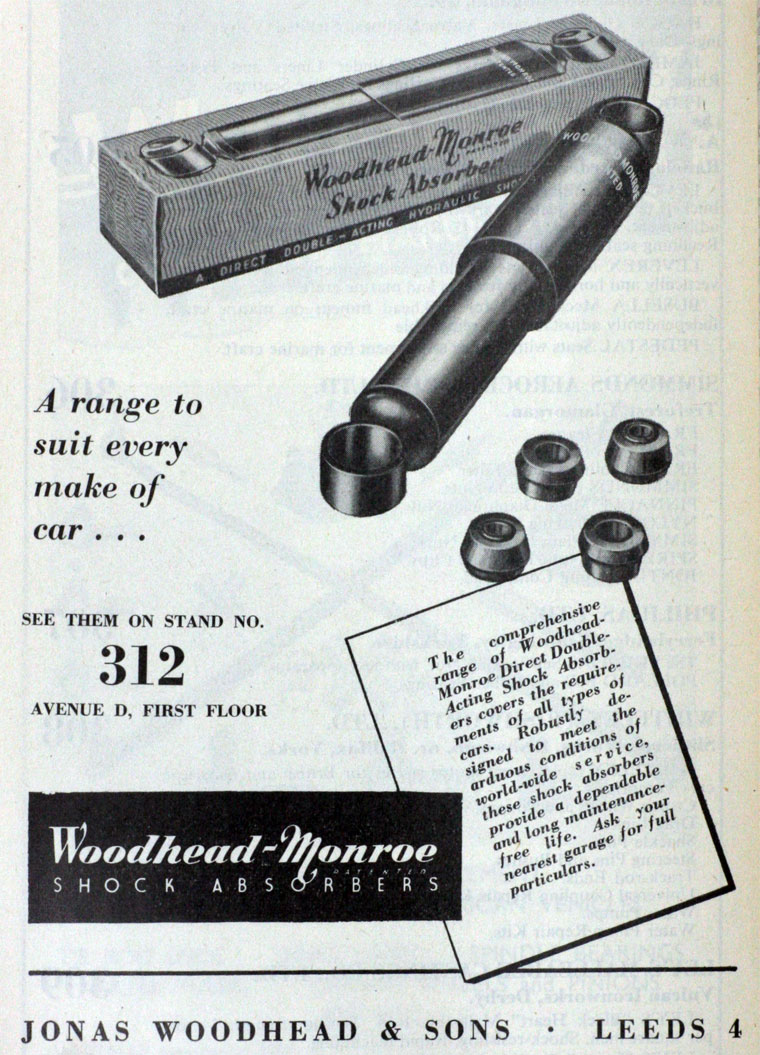 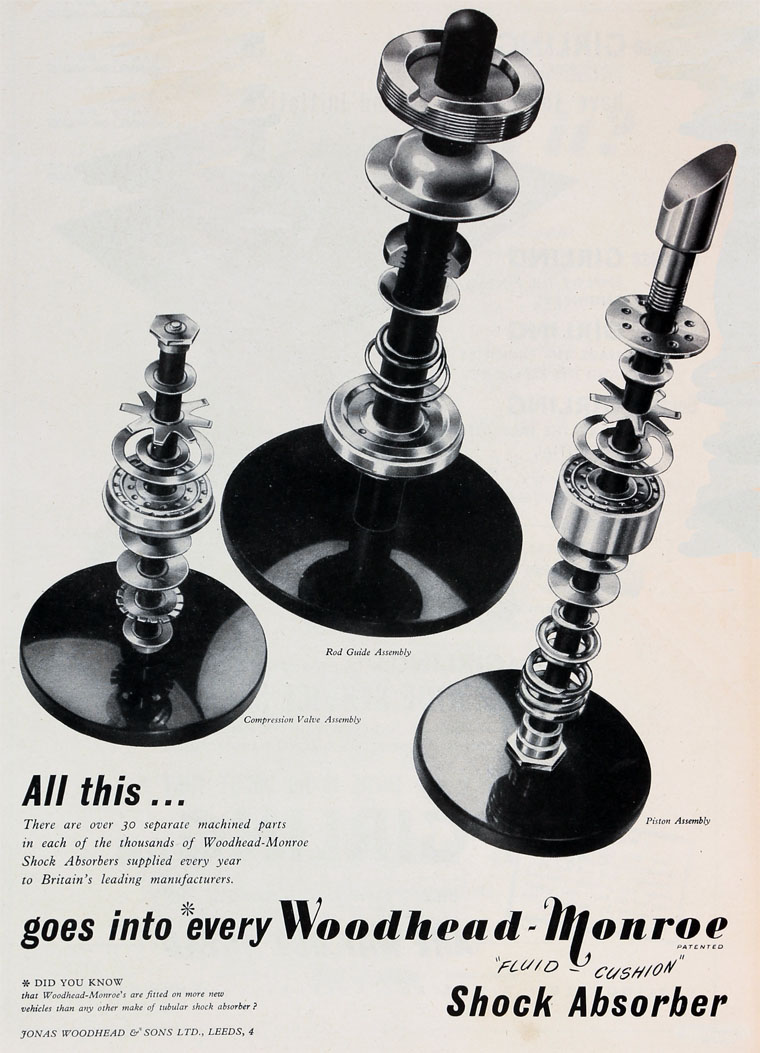 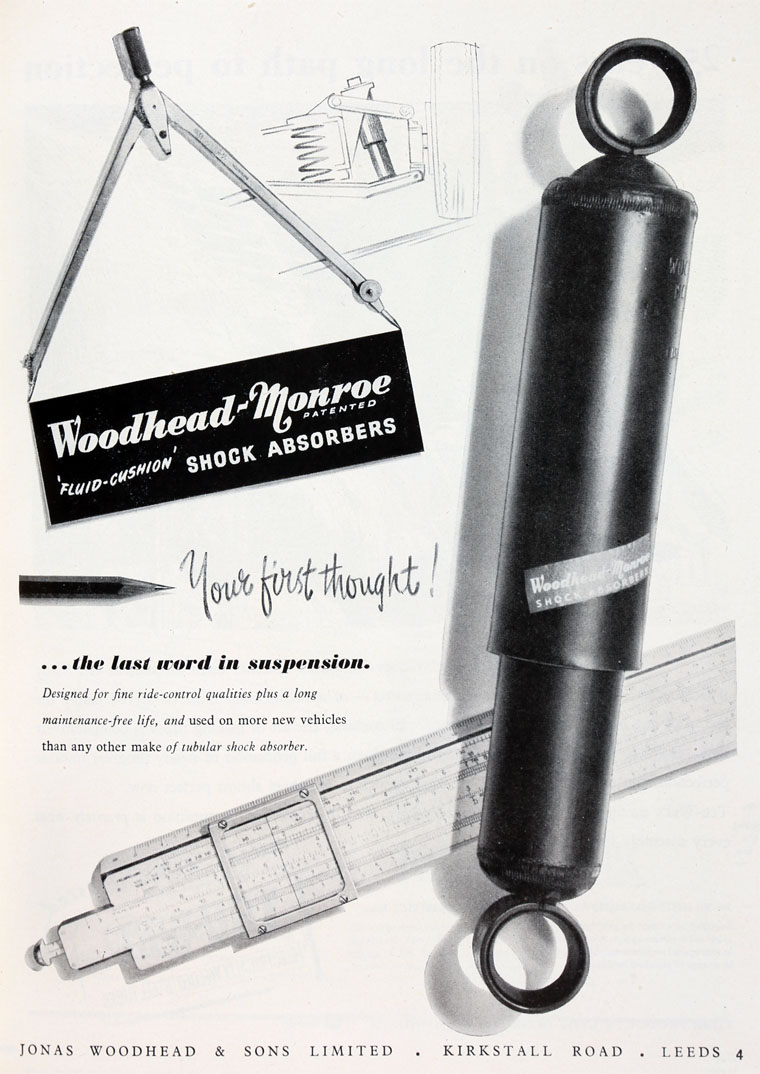 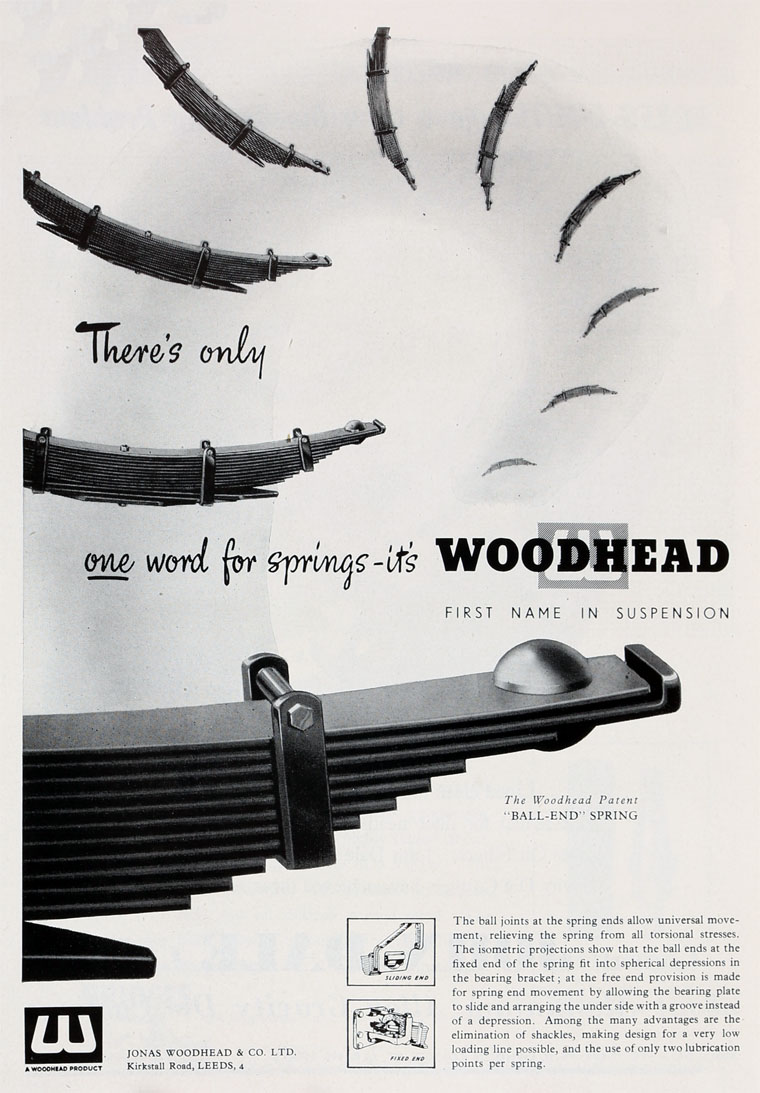 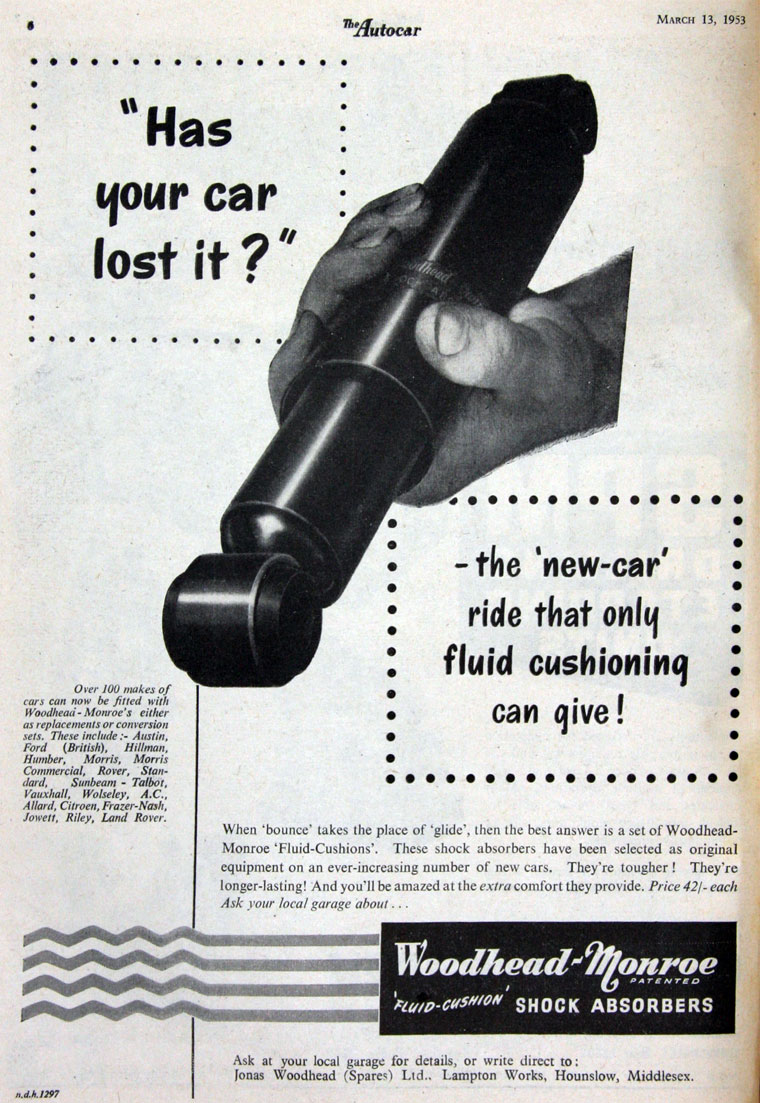 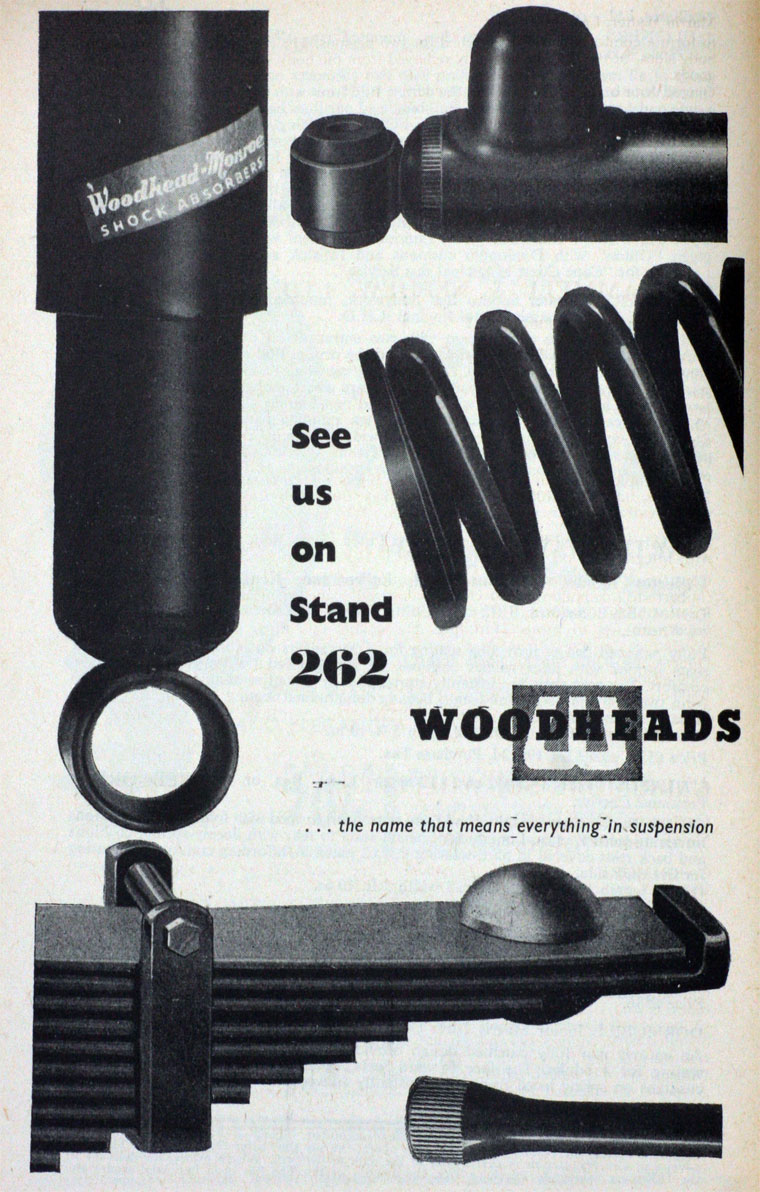 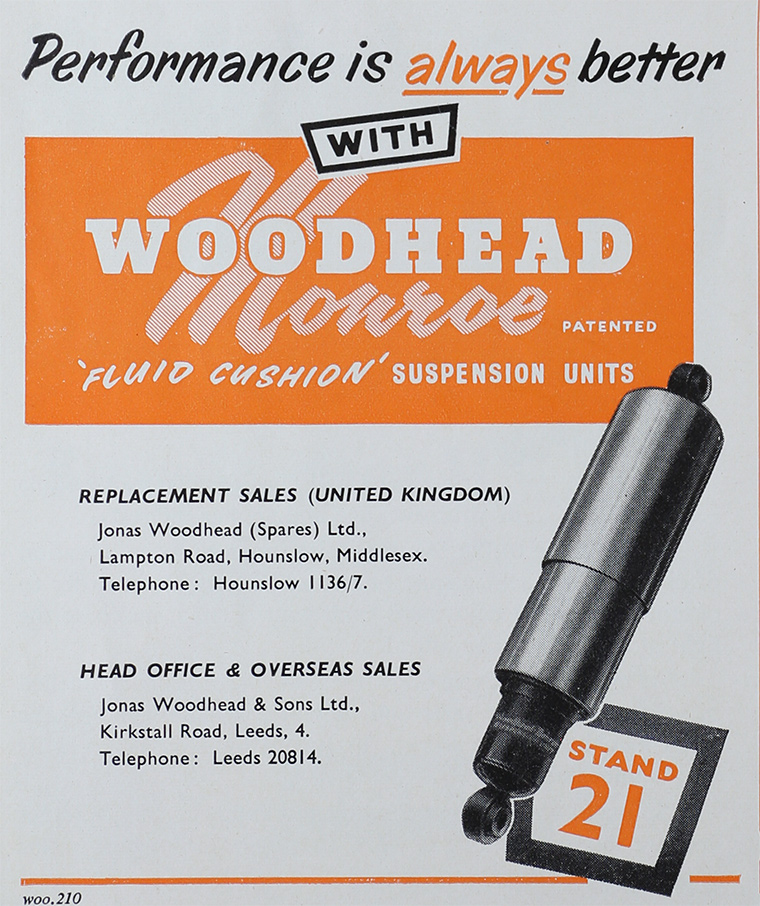 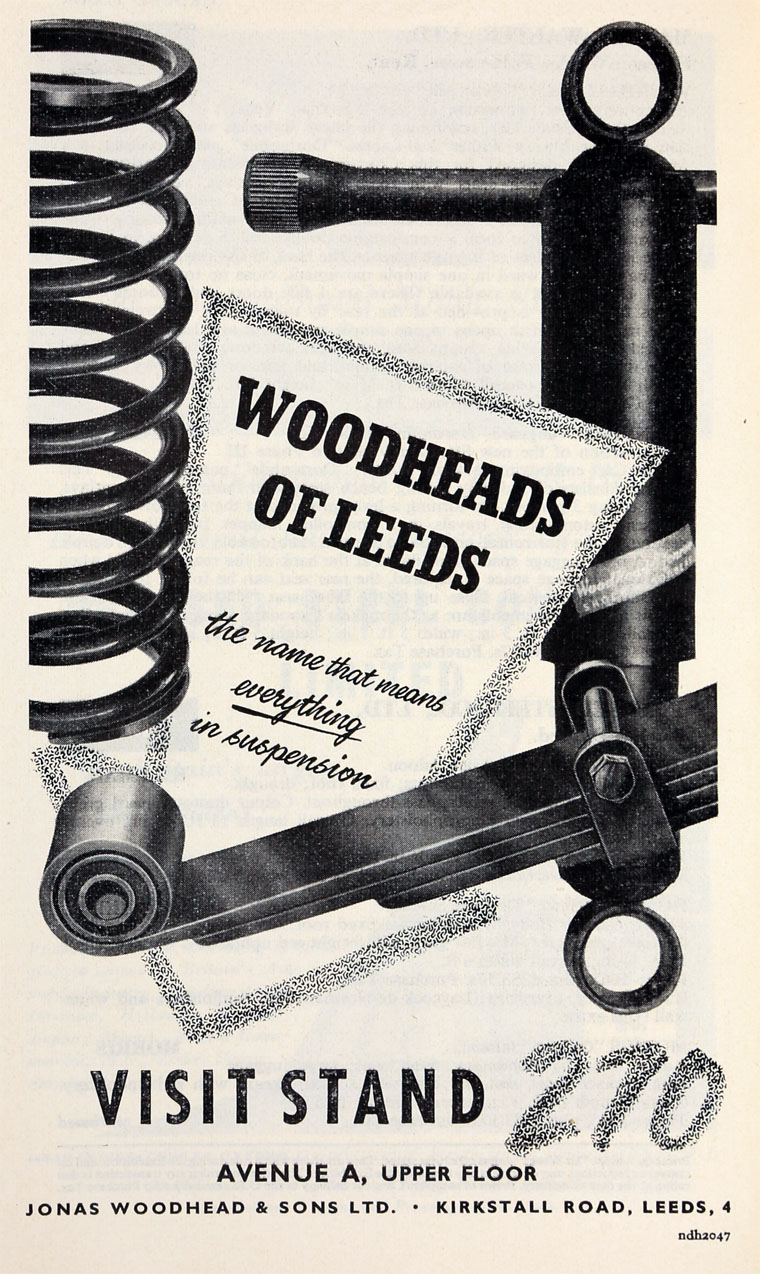 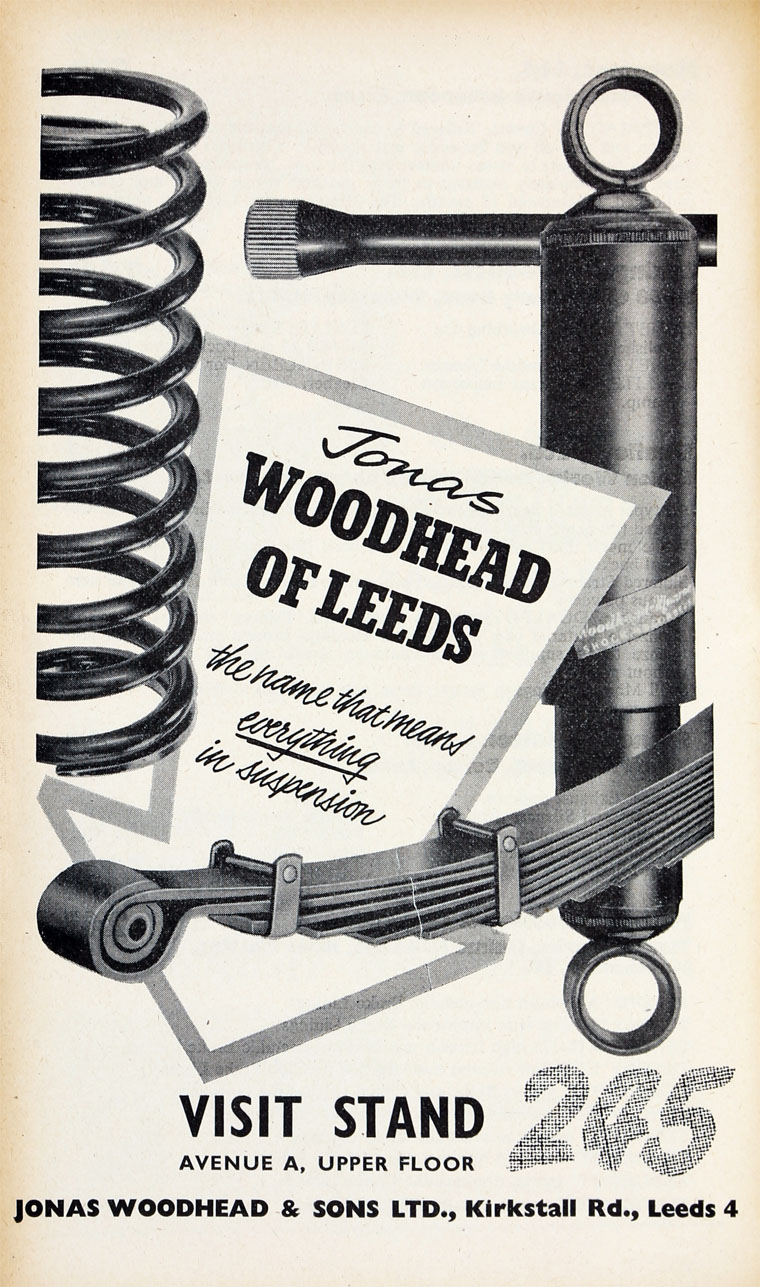 Manufacturer of all kinds of ironwork, axles and springs for road vehicles. Later became a leading maker of automobile springs supplying most British car manufacturers.

1850 Company was founded in Bradford by Jonas Woodhead.

1920 The business Jonas Woodhead and Sons of Leeds was acquired by A Darracq (1905) Ltd for its automobile springs.[4] The name of the parent company was subsequently changed to S. T. D. Motors Ltd.

1920 Private company incorporated to take over the business of Jonas Woodhead and Sons of Leeds.

1920 Jonas Woodhead, managing director and grandson of the founder, visited America to learn about improvements made by American manufacturers of springs during WW1.[5].

c.1920 the firm concentrated on laminated springs. The whole plant was rebuilt and new machinery installed. The business also extended into railway and tramway springs.

1935 Receivers appointed to S. T. D. Motors Ltd. Disposal of interest in Jonas Woodhead and Sons[6] to Mr A. G. Kyle who sold it on to the bank Erlangers Ltd.[7]

1937 Frank Woodhead, brother of Jonas, resigned from the company.[9]

1938 Acquired controlling interest in Willford and Co of Sheffield.[10]

1939 Acquired Ibbotson Brothers and Co Ltd of Sheffield; increase in capital to cover the cost.[11]

1970 Agreement to exchange technical information with Hoesch of Germany which would enable supply of parts to car companies who wanted to manufacture across Europe.[15]

Name change to Jonas Woodhead - (dropped the 'and Sons' part)