Grace's Guide is the leading source of historical information on industry and manufacturing in Britain. This web publication contains 140,489 pages of information and 227,382 images on early companies, their products and the people who designed and built them. 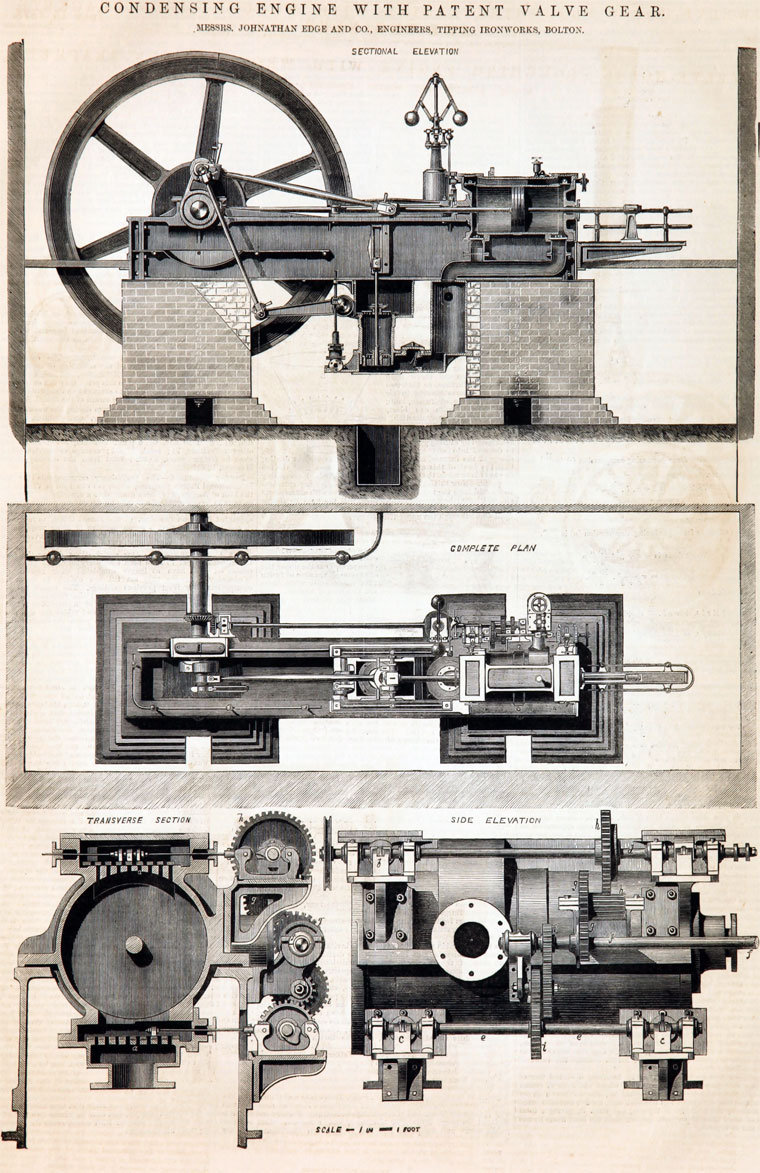 1867 'Ten Men Burnt.— A large vessel containing about four tons of molten metal was accidentally overturned on Saturday, in the moulding shop of Mr. Jonathan Edge, the Tipping Ironworks, Bolton. Ten or twelve of the men were more or less burnt, two of them seriously.'[3]

1869 'Christening an Engine Yesterday an inter ceremony took place at the extensive cotton works of Mr. Ditchfield, Westhonghton, when a Steam Engine of 40-horses' power, made by Messrs. Jonathan Edge and Company, of this town, was christened by Mr. Ditchfield, jun. The engine, an admirable example of engineering skill, is fitted on a self-contained foundation, and supplied with Edge's patent equal-motion governor, of which an example may be seen in work at the Mechanics' Institution Exhibition. The engine was christened the “Etty Annie," after two of the young ladies of Mr. Ditchfield’s family.' [4]