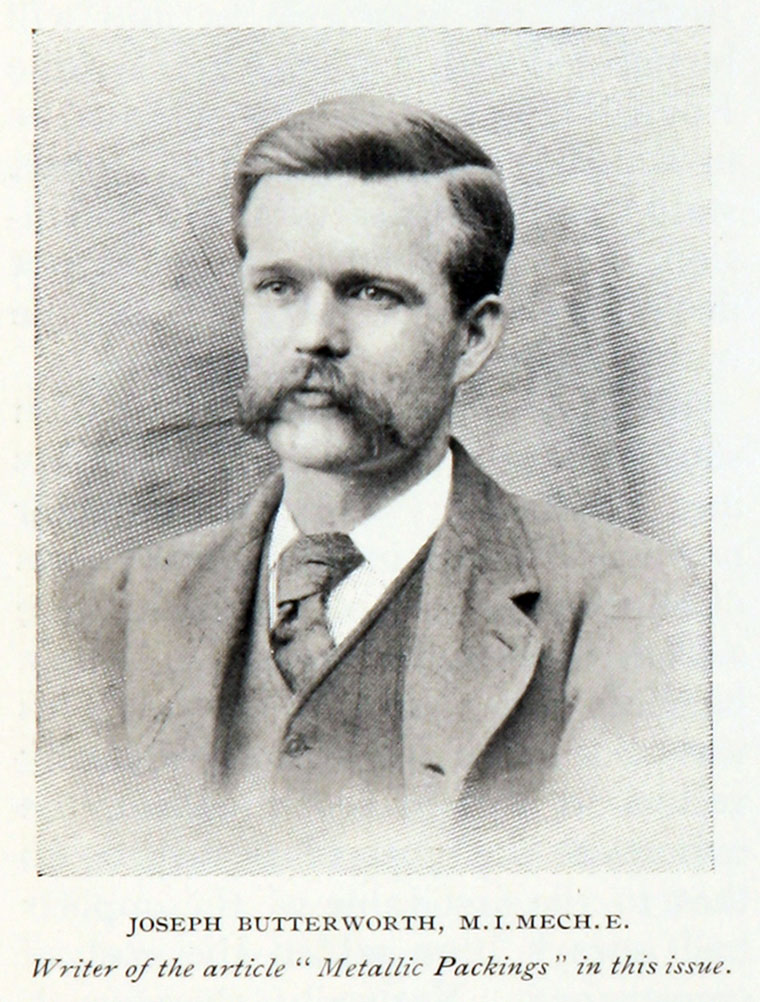 Joseph Butterworth (1865-1934), Mechanical Engineer and Director of Lancaster and Tonge.

1899 Wrote an article in "Metallic Packings" for The Engineering Times.

JOSEPH BUTTERWORTH was a director and general manager of Messrs. Lancaster and Tonge, of Pendleton, Manchester, with which firm he had been associated for over forty years.

He was born in 1865 at Rochdale and served his apprenticeship from 1880 to 1886 in that town, in the works of Mr. Ellis Butterworth, general engineer. During 1887 and 1888 he was engaged in the drawing office. In the latter year he obtained a Whitworth Exhibition, being fifth candidate in order of merit, and also gained the Oliver Heywood scholarship and the Rochdale scholarship.

He then entered Owens College, Manchester, where he studied engineering, and in 1890 was appointed works manager to Messrs. Lancaster and Tonge, manufacturers of special fittings for steam plant. In connexion with these specialities Mr. Butterworth took out many patents, covering steam traps, steam dryers, piston rings, and metallic packing. He also designed and superintended the construction of a large number of steam engines and was responsible for repairs carried out on all types and sizes of engines. Subsequently he became director and general manager, and was so engaged until his death, which occurred at Rhos on Sea on 28th September 1934.

He was a governor of the Royal Technical College, Salford, and in addition did much work for the Manchester Association of Engineers, serving on the council and becoming president in 1918-19.

He had been a Member of the Institution since 1894.