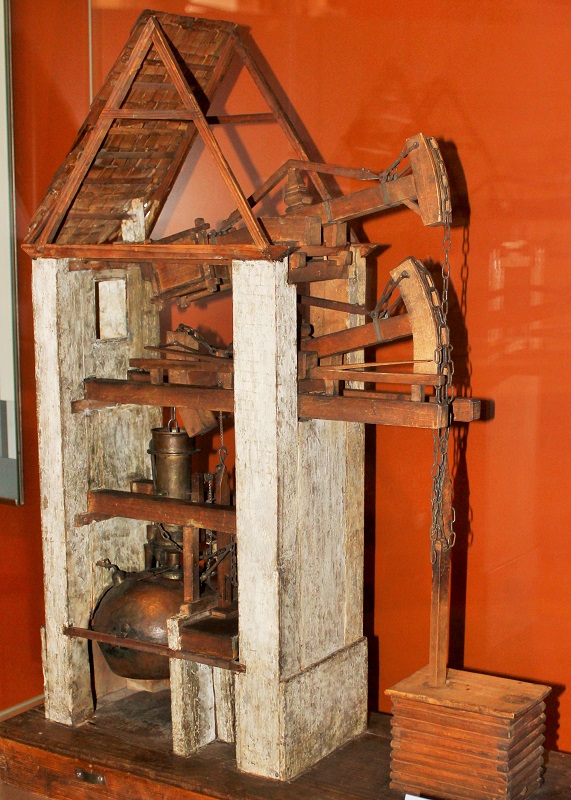 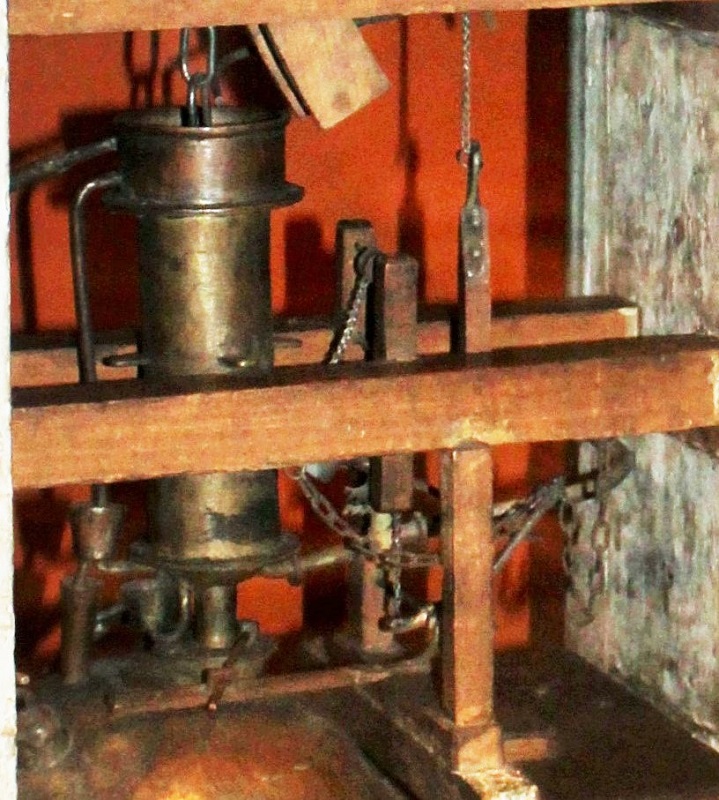 Boiler and cylinder of Schemnitz model

Joseph Emanuel Fischer von Erlach, the son of the famous architect Fischer von Erlach, was commissioned to solve the problem of flooding of the silver mines of the Austrian Monarchy. He had previously improved the water supply of Göttweig Abbey. Fischer heard of Newcomen's 'atmospheric' steam engine and set off on a study trip to England. He recruited Isaac Potter, and they constructed Newcomen Engines to drain the silver mines. This successful transfer of technology saved the Habsburg state from bankruptcy.

The first atmospheric steam engine of the Monarchy was constructed in 1721 in Königsberg bei Schemnitz in what is now Slovakia. In the following year, another was constructed at the Schwarzenberg Palace. Both engines were built by Isaac Potter and Joseph Emanuel Fischer von Erlach. Potter improved the control of the engine imported from England and from 1730 he successfully built further installations in the Slovakian coalfields. The Schwarzenberg engine fed the reservoir of a fountain.

The above information is from the Vienna Technical Museum website[1]