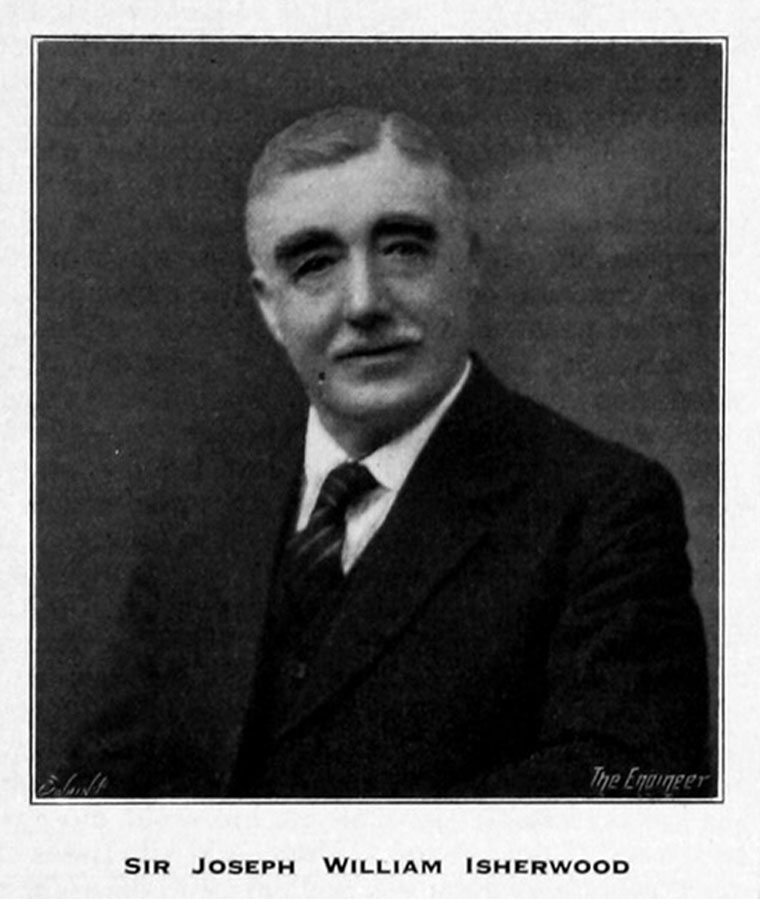 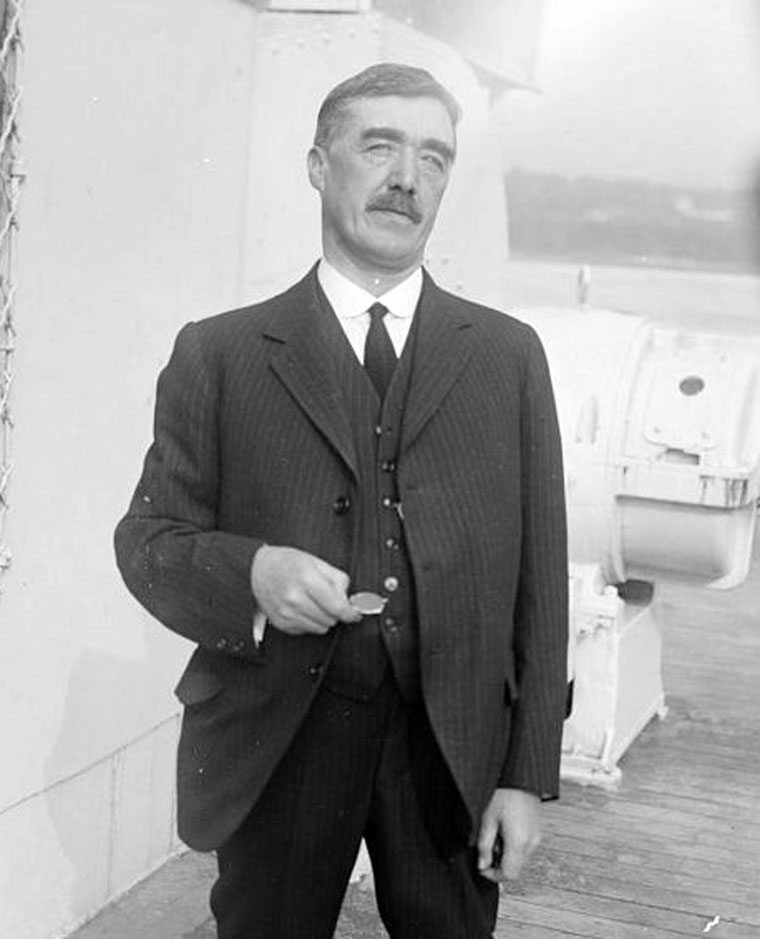 Sir Joseph William Isherwood (1870-1937) was a British naval architect. He invented the Isherwood System of longitudinal construction of ships and the Arcform System.

1870 June 23rd. Born in Hartlepool, the son of John Isherwood, formerly a Boilersmith and later a grocer, and his wife Mary Ellen Dobinson

He was educated at Luggs School on the Headland, near St Hilda's church, and at the age of fifteen entered the drawing office of the Hartlepool shipbuilders Edward Withy and Co. He served in several departments in that firm and in 1896 left to become a ship surveyor with Lloyd's Register of Shipping. Here he developed the Isherwood System, a new stronger, safer, and cheaper longitudinal girder form of ship construction designed to replace the traditional traverse construction method (ribs placed at regular intervals along the keel), which he patented in 1906.

1892 Married Annie Mary Fleetham. They had five children: Arnold, Alberta, William, Marie and one other. Alberta died in 1909, aged 14 years, and Arnold died five years later in 1914, aged 21. After Alberta's death, her parents presented St Mary's Church, West Acklam, with a silver chalice, paten and wafer box. In 1914, after the death of Arnold, they commissioned and gave the church hall (designed in the Arts and Crafts style) in memory of their children. Today this is still known as the Isherwood Hall. There is a bronze memorial plaque located inside the hall and also memorial tablets and plaques located inside the church to honour their memory.

In 1907 he left Lloyd's to join the board of the shipbuilders R. Craggs and Sons of Middlesbrough, but soon returned to London to practise as a naval architect. The first ship constructed using his system was the SS Paul Paix, completed in August 1908, the first of many. Isherwood made a number of other significant contributions to his profession, notably the arcform hull design, which he introduced in 1933. His offices were located at Coronation House, 4 Lloyd's Avenue, London, The Whitehall Building, 17 Battery Place, New York, and The Zetland Buildings, Middlesbrough.

During the First World War, Isherwood gave his designs for torpedo-proof cargo vessels to the government free of charge. Most of his designs and patents were tested in liaison with the government at the National Physical Laboratory in Teddington. Isherwood designed ships for the wealthiest company in the world, Standard Oil, notably the ship S. V. Harkness, named after Stephen V. Harkness. The Harkness family were the silent partner of John D. Rockefeller.

Isherwood was created a Baronet, of Raggleswood, in the 1921 Birthday Honours in recognition of his invention of the Isherwood System. The name of his baronetcy was taken from his country home, Raggleswood, in Chistlehurst, Kent.

Post-WWI: Sir J W Isherwood was awarded £3965 7s 6d by the Royal Commission on Awards to Inventors for improvements in the construction of floating vessels[3]

1926 July. The oil tanker British Inventor was the first vessel to be constructed on the Isherwood bracketless system.

1937 October 24th. Died of pneumonia at his London home, Grosvenor House, Park Lane, London W1. He was succeeded by his son William as second baronet.

Isherwood is buried at St Mary's Church (within the grounds of Acklam Hall), West Acklam, alongside Alberta and Arnold.

"...architects and marine engineers, both in this country and abroad, will learn with great regret of the death of Sir Joseph William Isherwood, which took place on Sunday, October 24th, at his flat in Grosvenor House, Park-lane, London, following an attack of pneumonia. The name of Isherwood is known in practically every shipyard in the world as that of one who has done much for the improvement of the design of cargo ships and tankers. Joseph William Isherwood was a native of Hartlepool. After leaving..."More.