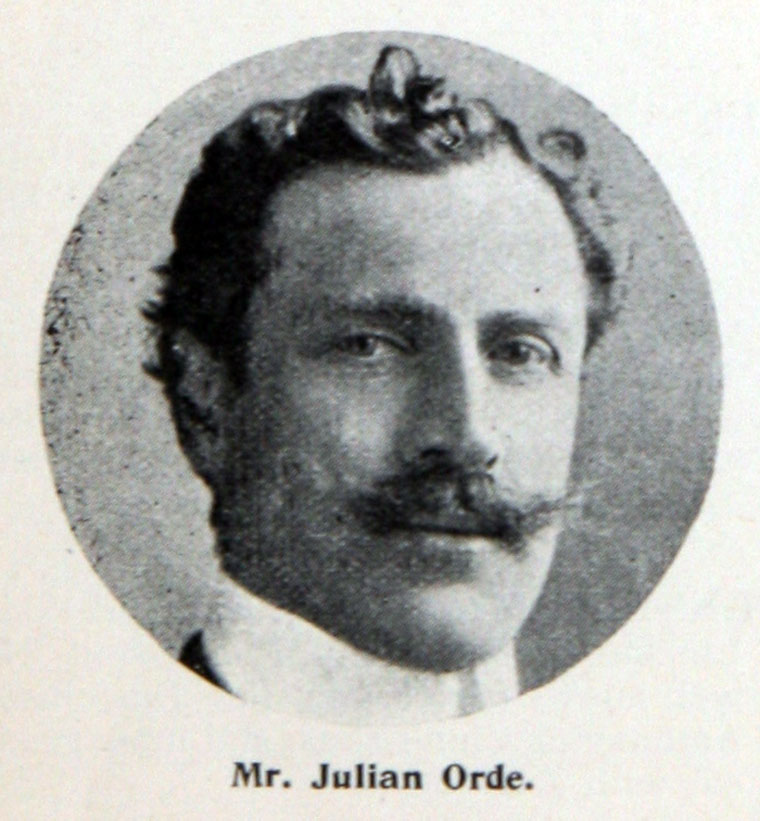 1861 Born in Hopton, Suffolk, the son of James Henry Orde, a banker, and his wife Margaret Barclay Gurney

1903 Julian W. Orde was appointed Club Secretary of the Automobile Club of Great Britain and Ireland

1904 ORDE, Julian W. Is the club secretary of the A.C.G.B. & I. Is the son of the late James H. Orde, of Hopton, Great Yarmouth. Was educated at Haileybury, and on the Continent. Has spent twelve years in America. For two years was managing director of an important Paris company. Hobbies: Golf, motoring;. Took an indefatigable part in the arduous work of the organization of the arrangements for the Gordon Bennett Race in Ireland. [1]