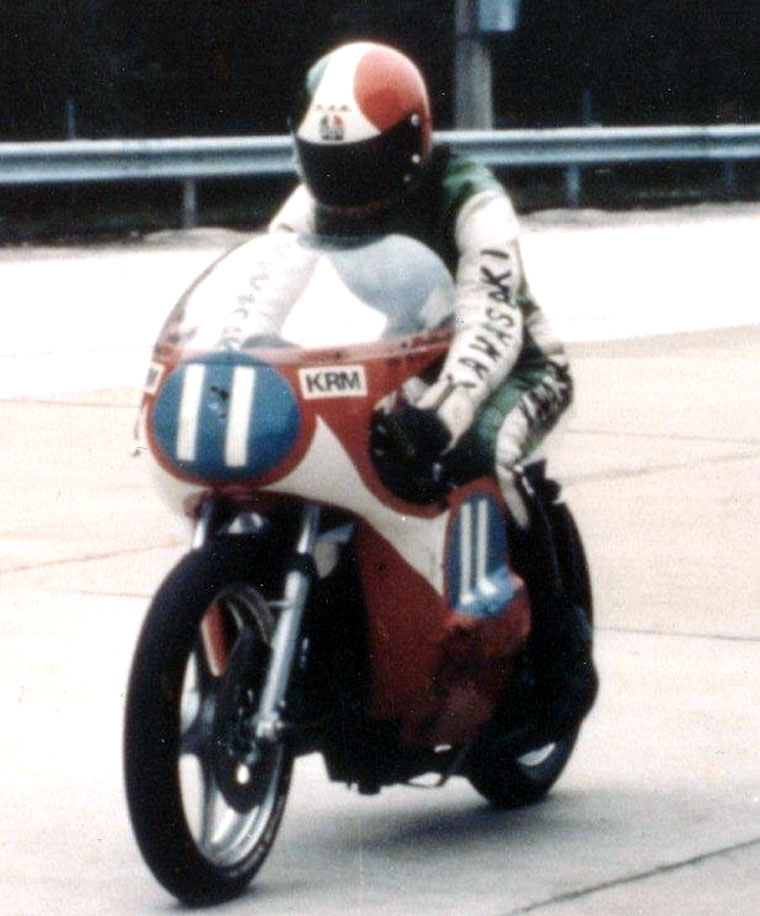 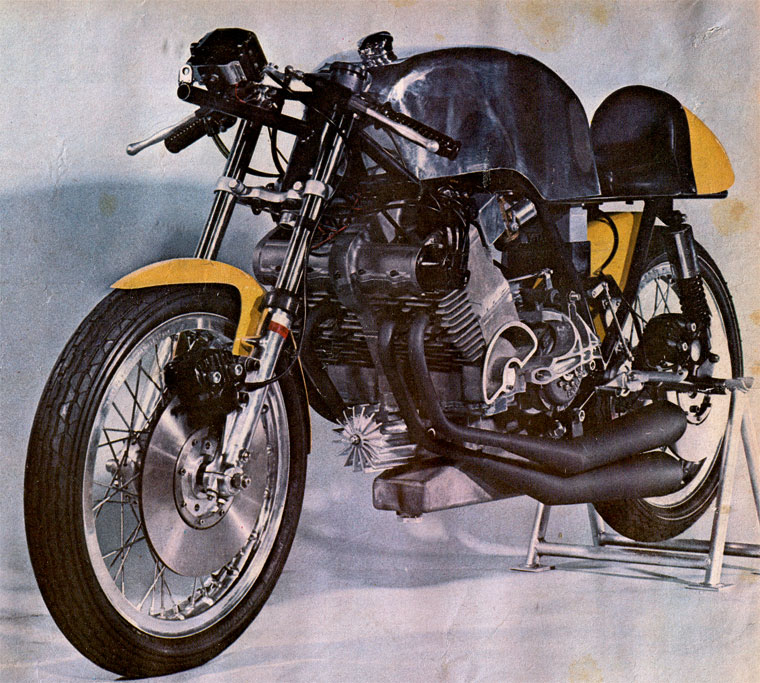 KRM were the initials of Kingston Racing Motors of Hull, who produced a motorcycle in 1973.

Early in 1973 a racing four was exhibited at a London show. Typically in the style of the period, it had the cylinders inclined forward, dohc, four carburettors, four exhaust pipes with megaphones and Lumenition electronic ignition. The crankcase was split horizontally and the crankshaft ran on six plain bearings, and there were plain big-ends. A centre gear drove a countershaft, there was chain-drive to the camshafts, the ignition rotor and a distributor mounted on their ends.

The engine and gearbox hung from a tubular spine frame with conventional suspension. It had wire wheels and disc brakes front and rear. Fitted with a fairing, the machine was advertised as the Silver Streak.

The KRM motorcycle did race at brands hatch in 1973

The overall impression was one of a very bulky machine and nothing further was heard of it.

The KRM 350 (Kingston Racing Motorcycles) was designed by Jack Williams (Matchless G45 and AJS7R), the father of the TT racer Peter Williams who was seriously injured when his seat tank unit came off. Twin overhead cams, four cylinder, four stroke with ram air engine cooling. It had four Amal carburetors. It couldn't compete against the TZ350's and especially not when noise regulations restricted the previously open exhaust pipes. I suspect this is one of the few picture in existence. Tony Rutter once test rode it at Wellesbourne on a very cold day in about 1976. It was never raced at Brands Hatch. Originally it had wire wheels, these were soon replace with mag alloys. The Silver Streak tag was dropped. By 1978 the project was shelved. We mostly tested it at either Brands Hatch (where it collected the damage to the fairing, exiting Druids Bend) or Snetterton. Philip Sinclair was one of the test riders.