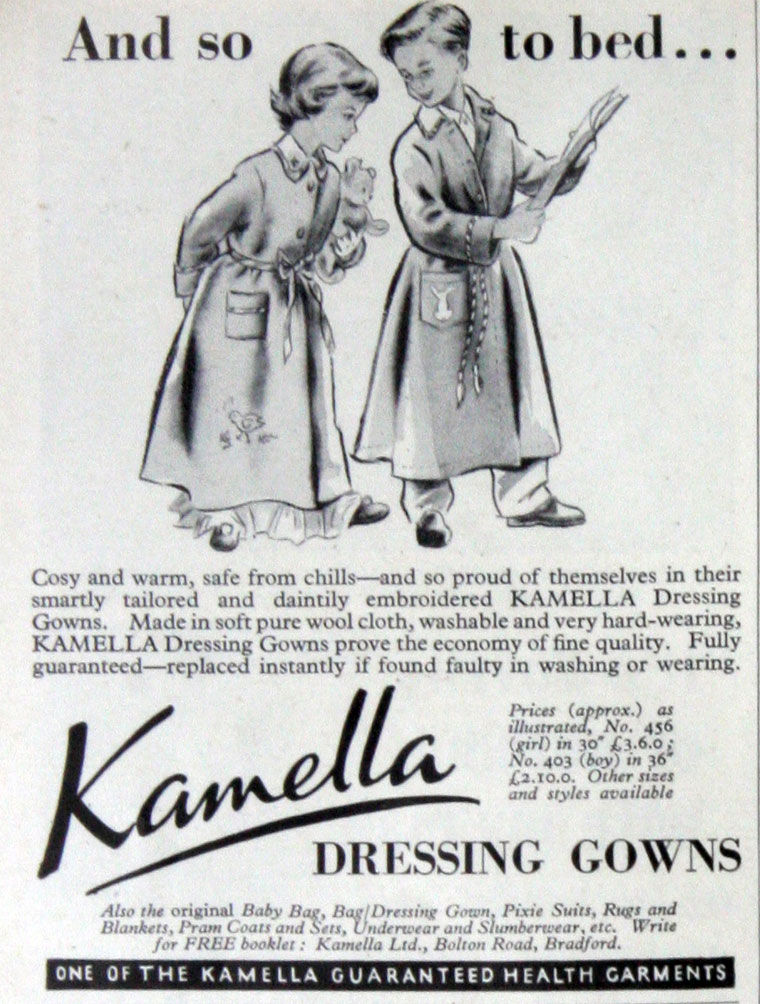 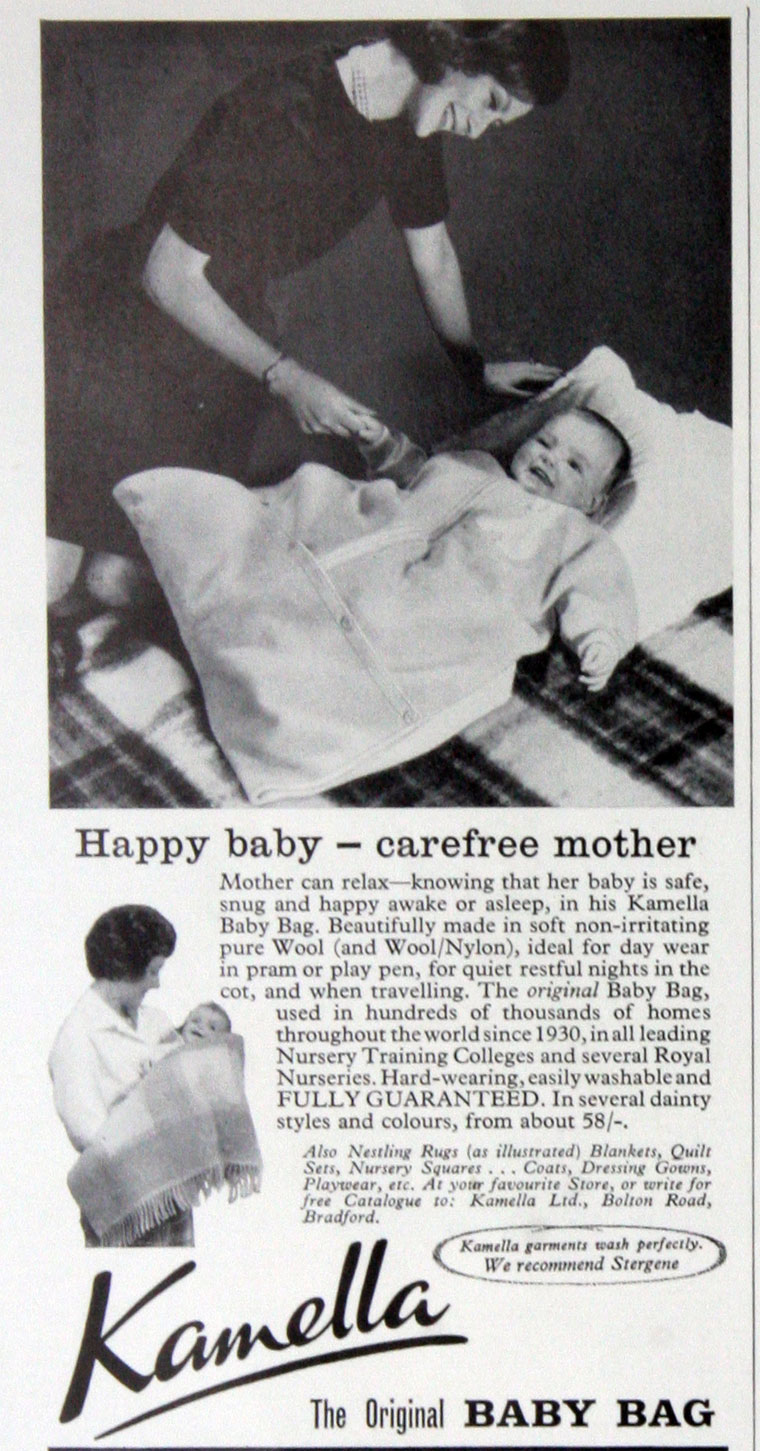 1934 Incorporated on 20 December, to take over the Kamella Woollen Co, Imperial Buildings, Bolton Road, Bradford, Yorks, manufacturers and merchants of children's and adults' wearing apparel. The company was owned by Robert Cook and Co.

The new company acquired at the same time the benefit of a patent, No. 359, 775, for an invention for improvements in sleeping bags for infants and young children, and the trade mark "Kamella".

In 1963, the company purchased the majority shareholding in H. S. and W. Preston.

1970 Highams purchased the company on 21 October, and moved the business, and its Registered Office, to Wood Nook Mills, Accrington. With other similar companies, it formed part of Highams Clothing Division.

1987 On 31 August, its Registered Office was moved once more, to Grape Mill, Royton, Oldham.