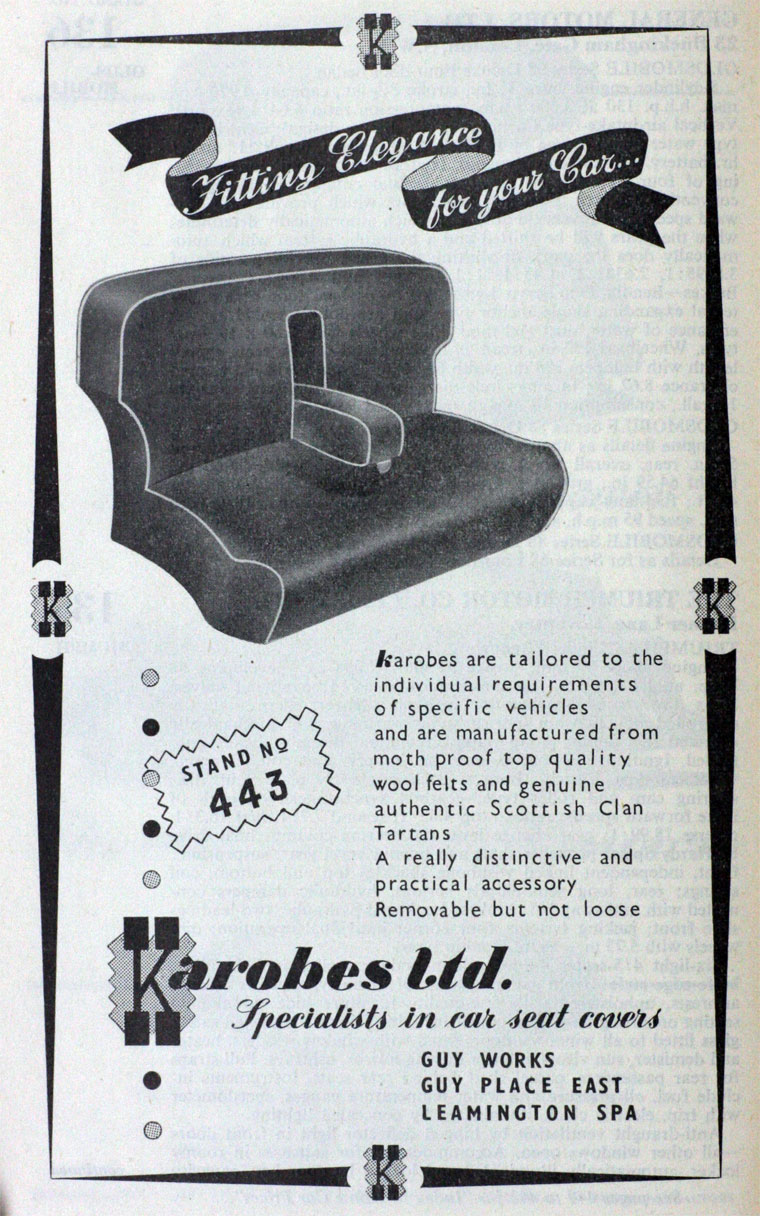 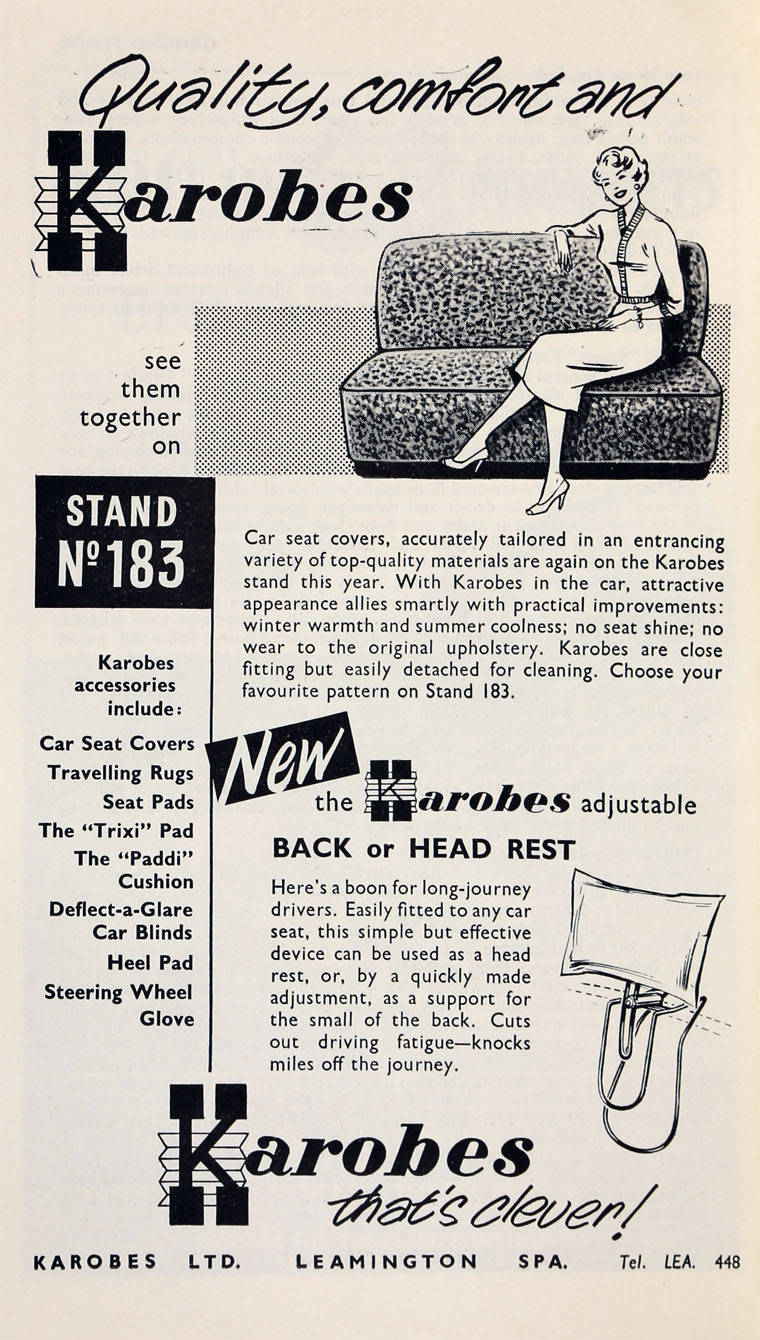 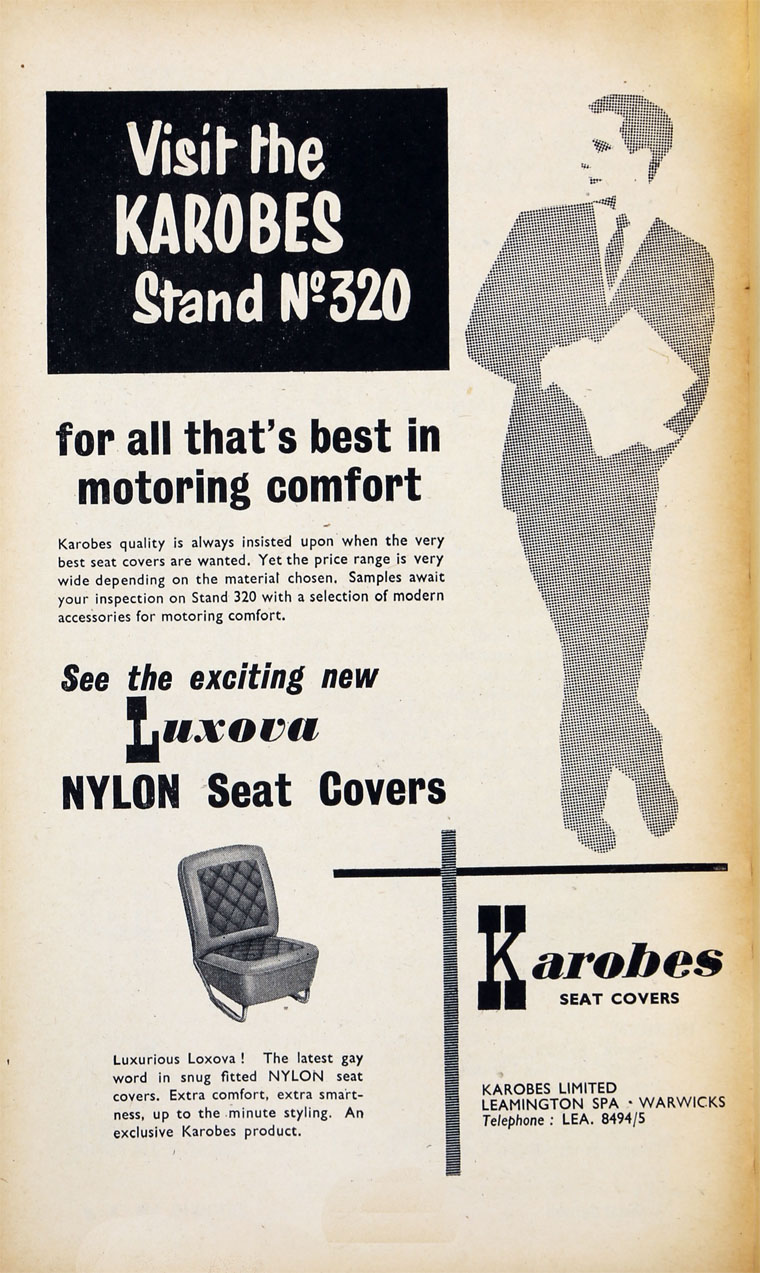 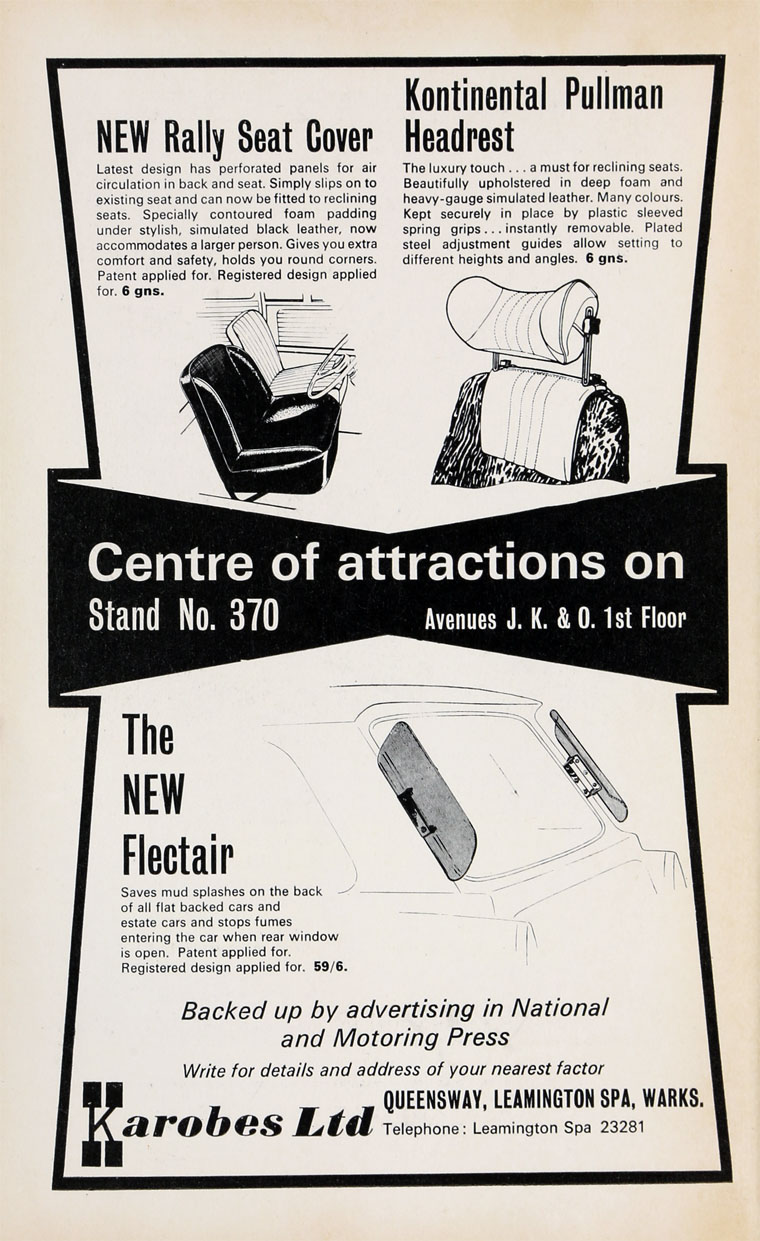 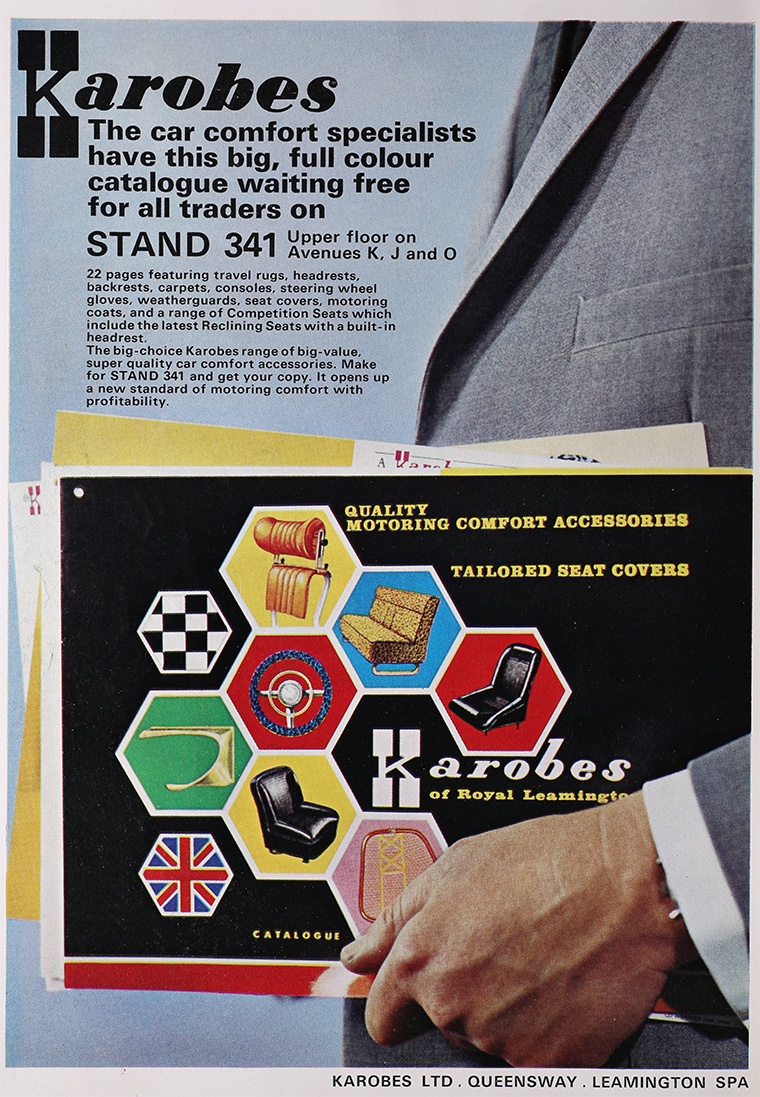 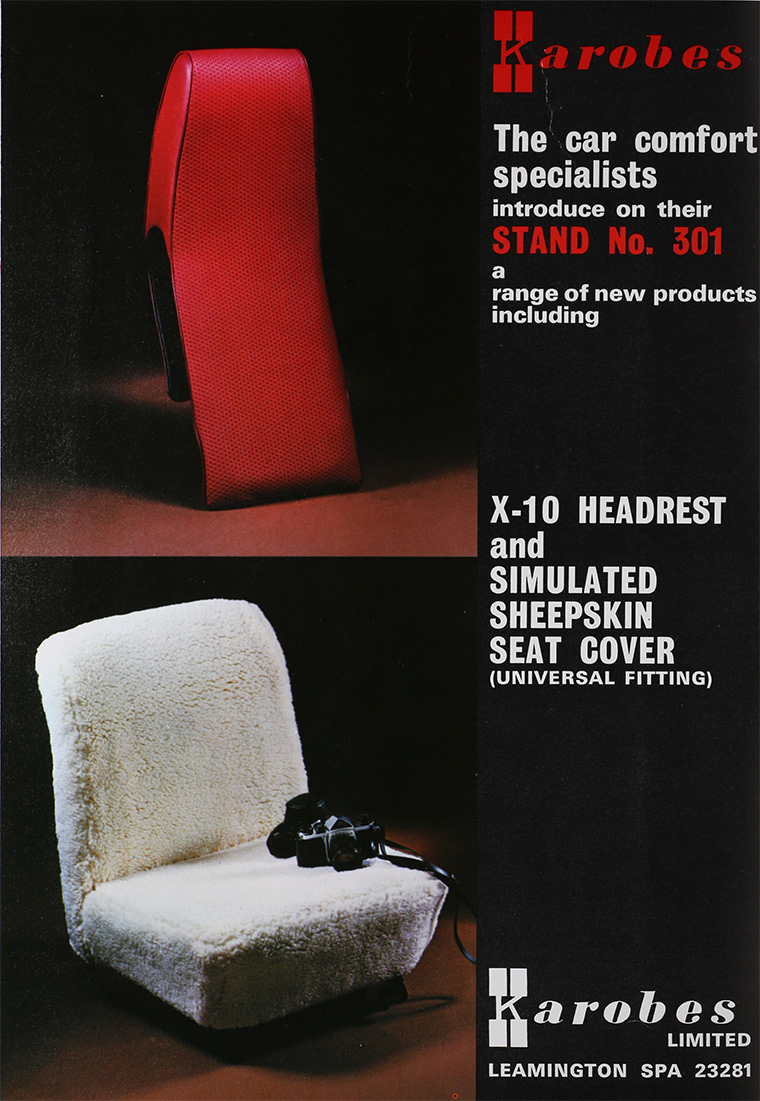 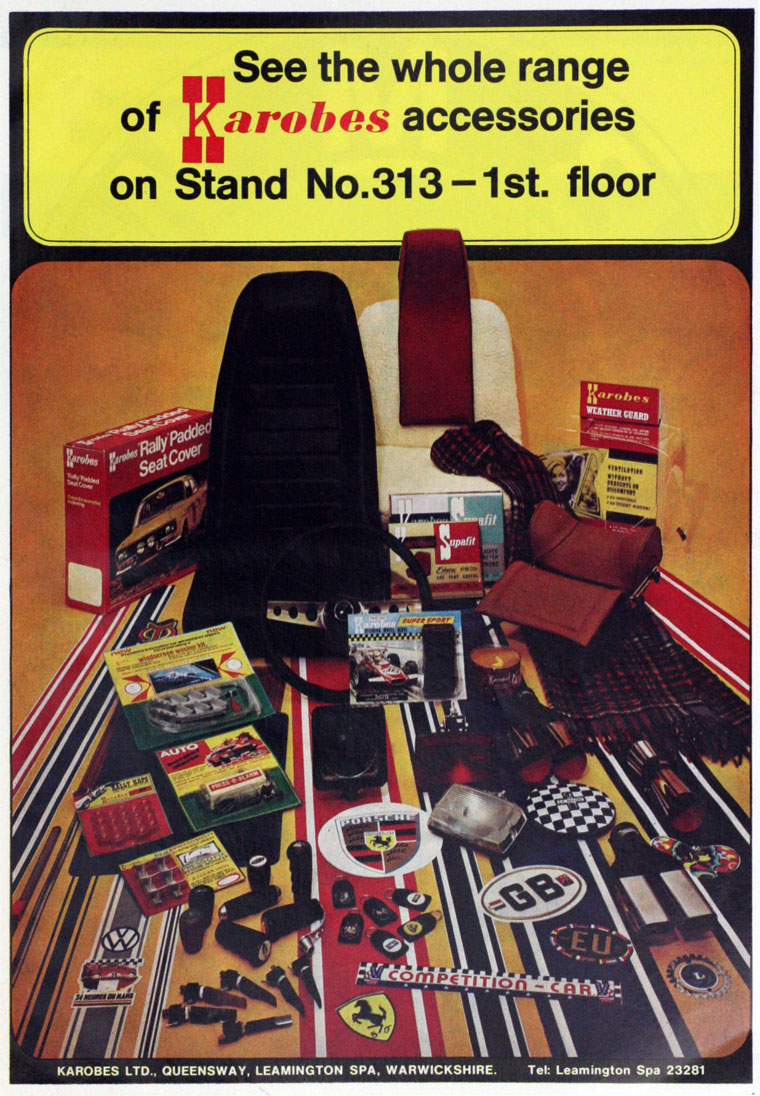 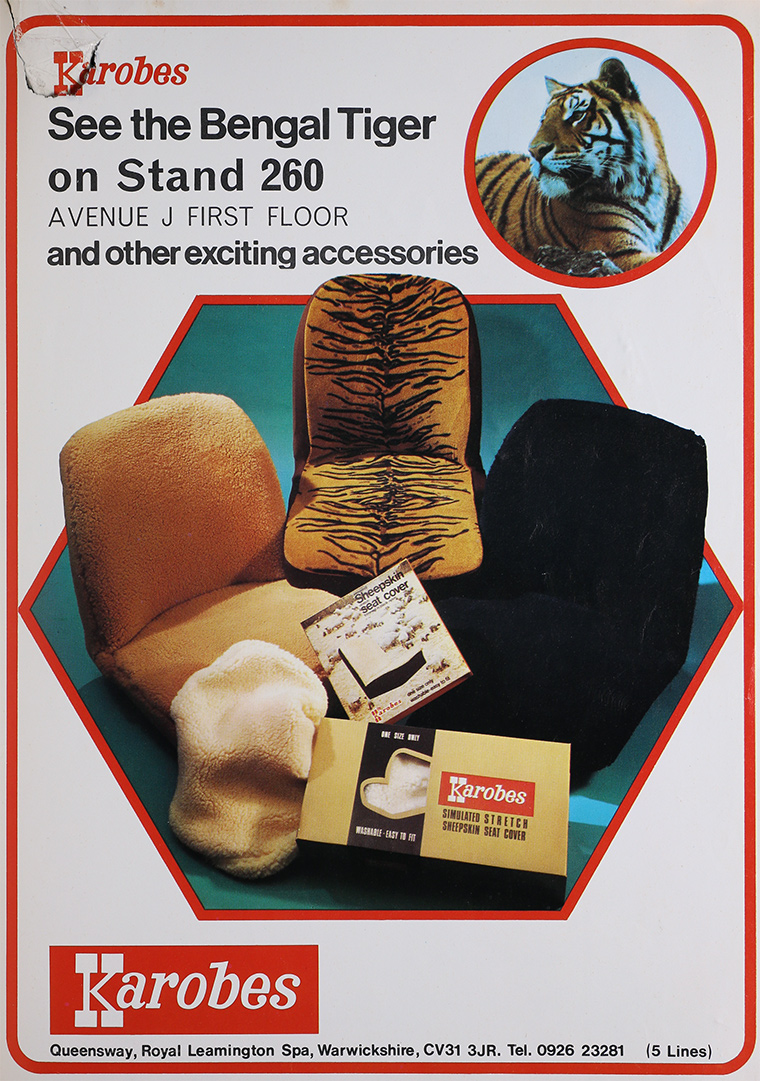 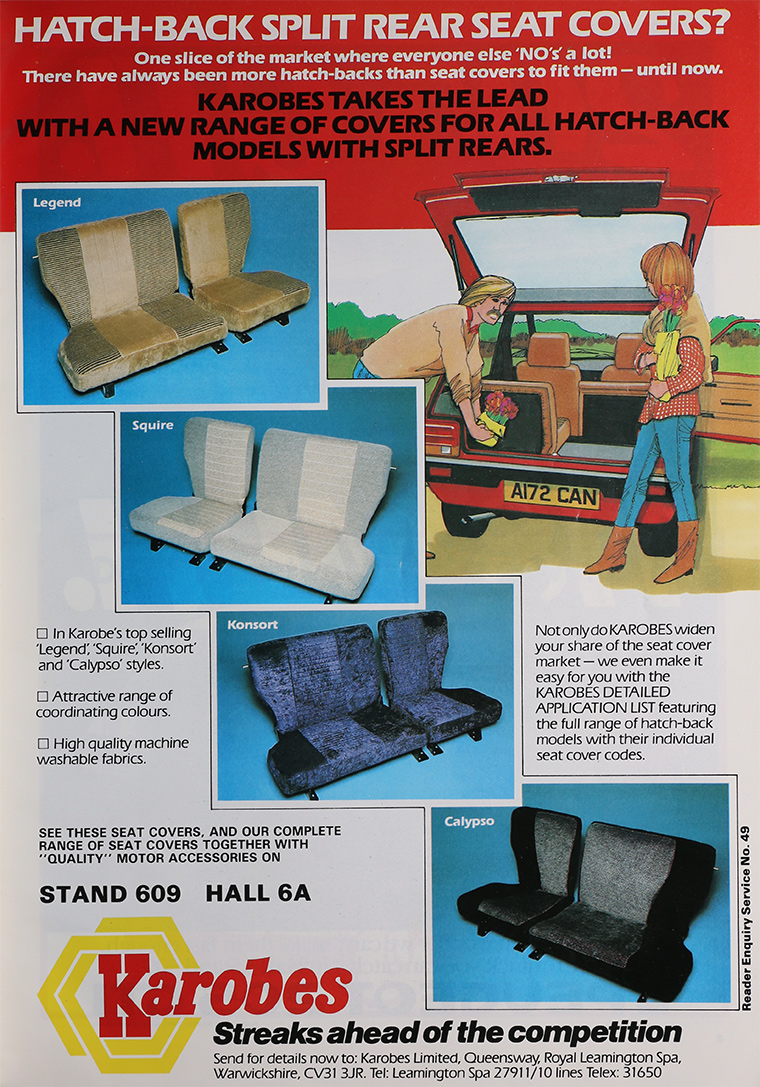 Karobes Limited was a leading British supplier of car accessories in the 1950s–1970s. The company was based in Leamington Spa in central England. In the 1950s it was the major seller of seat covers in the UK

Several items Karobes developed and successfully marketed included carpets, reclining seats or head and back rests were later adopted by car manufacturers and not sold separately. The company's catalogues in the early 1970s offered a wide range of products, from heel pads (for high-heels) to spotlight hoods, steering wheel gloves, vinyl roof kits and wiper attachments. One of the company's inventors, Leslie Morrison Keegan, filed several patents for head rests and seat covers in the late 1950s