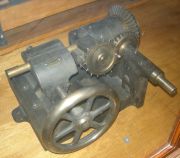 c.1850 pipe facing machine on display at the Musee des Arts et Metiers. The large handwheel operates the vice jaws. The pipe is held stationary while the bevel gear-driven parting tool rotates. The small spoked wheel feeds the tool in. A stationary striker presumably contacts the protruding spokes to rotate the wheel automatically. 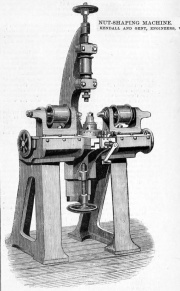 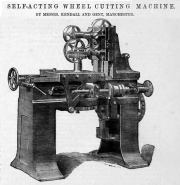 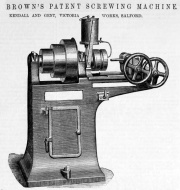 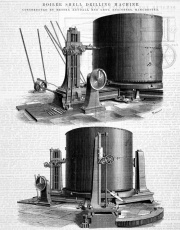 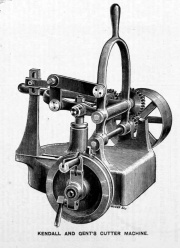 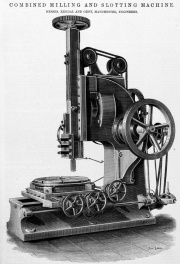 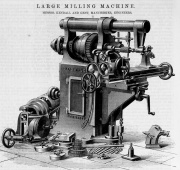 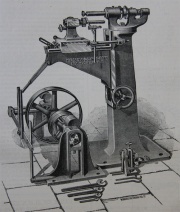 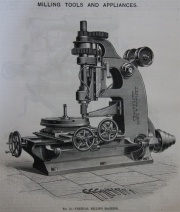 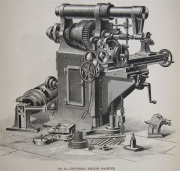 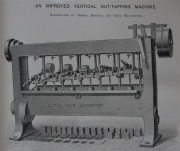 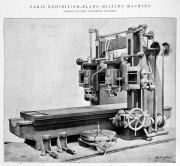 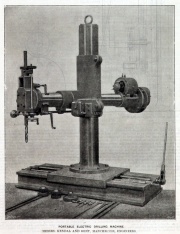 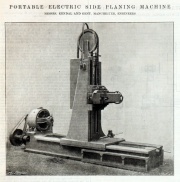 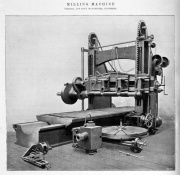 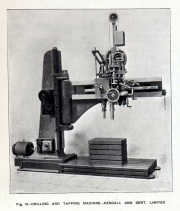 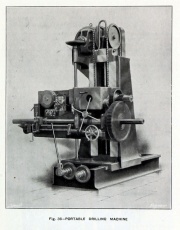 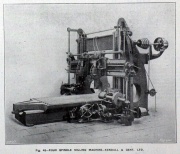 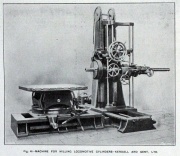 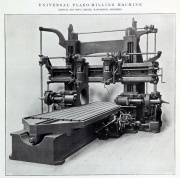 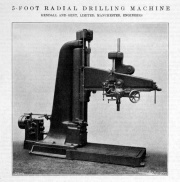 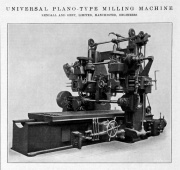 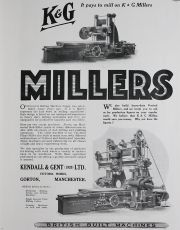 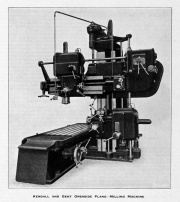 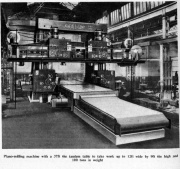 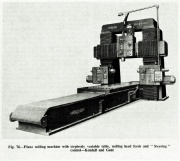 c.1850 Kendall & Gent machine for machining the ends of tubes up to 2" dia on display at the Musee des Arts et Metiers. See photo.

1876 Details of their screwing machine with releasing motion. [2]

In the 1890s they moved to a new works, also called Victoria Works, in Belle Vue (Gorton), Manchester.

1900 Plano-milling machine and others at the Paris exhibition. Article and illustration in 'The Engineer'. [3]

1901 Article about the new works in the American Machinist [4]

1904 Incorporated as a limited company.

1920 September. Exhibited at the Machine Tool and Engineering Exhibition at Olympia with milling machines. [6]

1875 'SENT TO GAOL FOR SCUTTLING. At the Salford Borough Court this morning, before Mr. R. M. Redhead and Mr. W. W. Goulden, William Lennie and Jonathan Edwards, aged 14 and 17 respectively, were brought up in custody on the charge of throwing stones to the annoyance of passengers in Springfield Lane. It appears that nearly every meal-time it is the custom of the lads employed at the firm of Messrs. Kendall and Gent, machinists, to engage in pitched battles at "scuttling" with those employed at the mill of Messrs. Langworthy. As these proceedings take place in a public thoroughfare, several persons have had their heads cut open, and have otherwise been injured, and in consequence of the complaints which have been made Detective-sergeant Eyre and several other constables in plain clothing were set to watch this particular neighbourhood. At five minutes to nine this morning, the encounter between the opposing factors was resumed, about fifty lads in all participating. Eyre and the other officers, who were secreted in dwelling-houses, then rushed upon the scene, and four of the lads were apprehended and brought to the police station. The bench having heard the above evidence, the prisoners were sent to gaol for 14 days with hard labour. Mr. Redhead said there must be an end put to this practice, and though they were sorry to send lads so young to gaol, under the circumstances they could not do otherwise.'[10]