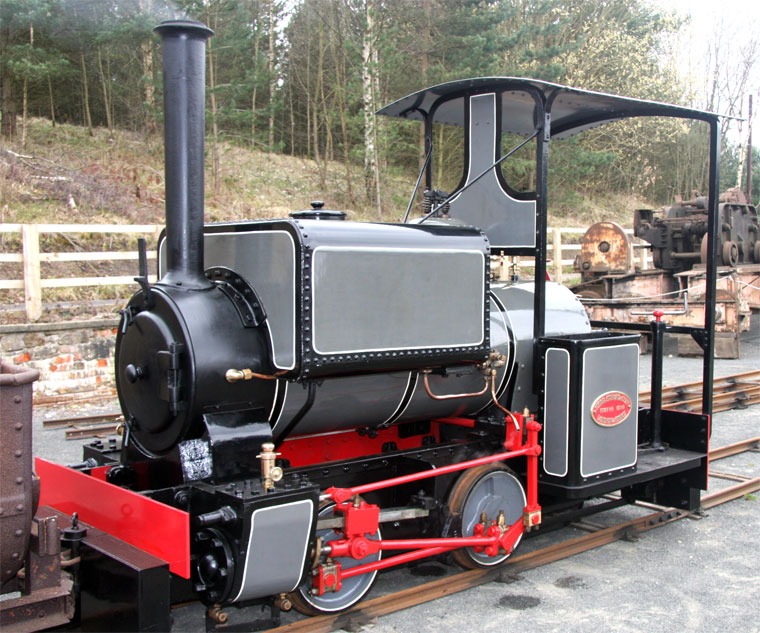 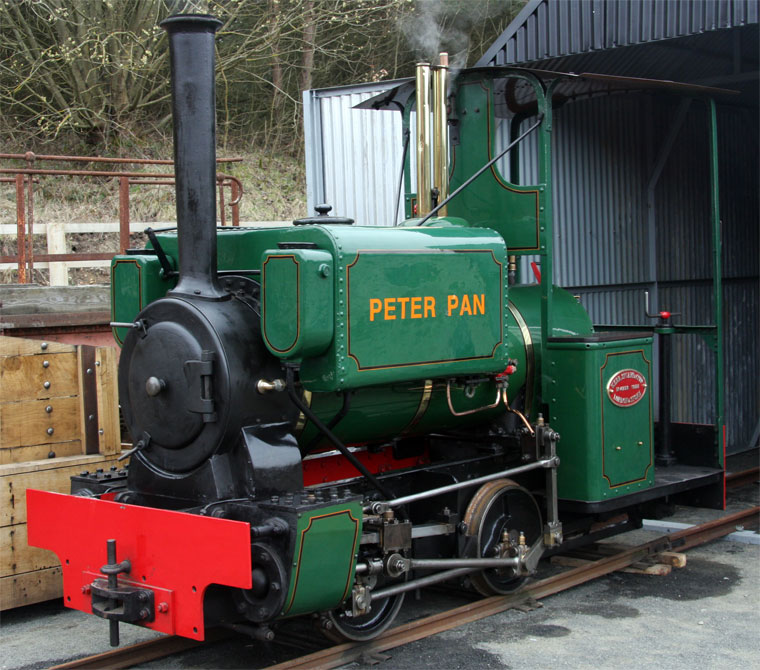 Kerr, Stuart and Co Ltd was a locomotive manufacturer in Stoke-on-Trent.

1883 The company became Kerr, Stuart and Co when John Stuart was taken on as a partner. James Kerr was managing and senior partner. During this time they were acting as agents, ordering locomotives from established manufacturers, among them Falcon, John Fowler and Hartley, Arnoux and Fanning; also sold railway equipment.

Kerr Stuart were known for producing a number of standard designs with many engines being built for stock and sold 'off the shelf' to customers. The names of these locomotive types were often derived from the purchaser of the first of that type or from the name it was given.

The Kerr Stuart designs were typified by having a single trailing truck (allowing a large firebox to be placed behind the driving wheels) and/or having a saddle tank. Several designs of side tank locomotive were produced that shared a chassis and boiler with a saddle tank design and it is not unknown for a standard chassis from one design to used with a different design standard boiler to produce a locomotive to suit a customers special requirements.

1894 Incorporated as a private limited company.

Kerr Stuart had a large joiners shop and a significant passenger coach construction business. They were therefore very well placed to build the steam railcar.

1904 Their first railcar was a diminutive 2 ft (610 mm) gauge saloon for the Maharajah of Gwalior in 1904 followed by a batch of 11 standard gauge railcars in 1905, six for the Taff Vale Railway, two for the Lancashire and Yorkshire Railway, two for the Great Western Railway and one for the Great Indian Peninsula Railway. The GWR gave a repeat order in 1906 for a further 12 slightly more powerful units. The largest rail motor order was for 15 from the Italian State Railways.

In addition to the company's standard designs, the company accepted many orders to build to the customers' own designs in all gauges. The California works produced in 1903/4 a 4-6-0 design for several Irish 3 ft (914 mm) gauge lines including a 4-6-2T version for the Londonderry and Lough Swilly Railway. For Chile a very large 3 ft 6 in (1067 mm) gauge double six-coupled bogie Meyer followed in 1904 by five American style bar-framed 2-8-0 tender engines for the 3 ft (914 mm) gauge Interocianic and Mexican Eastern Railways. In May 1910 they built a 2 ft (610 mm) gauge "modified Fairlie" for service in Madras. This was not a Fairlie but just two 0-4-2T engines permanently coupled back to back, the only articulation being between the two complete engines. They received a repeat order for this combination.

1910 A truly remarkable standard gauge build of 1910 was a class of four handsome 4-2-2 express passenger locomotives to the design of E. J. Dunstan for the Shanghai-Nanking Railway. The order was received on April 19, 1910 and the novel design required the production of totally new drawings and patterns for all parts. Even so, the first engine was steamed just seven weeks later on June 8, 1910. In service these engines, probably the last, and the biggest, single driver engines ever built, proved to be fast (60 m.p.h.), smooth running, and very economical on fuel when compared with similar 4-4-0 engines on the same line.

Post WWI: In common with most British locomotive builders, in the post war era Kerr Stuart received a number of large orders from the mainline companies who were seeking to replace obsolete inherited equipment with their own standard designs. In 1920 the Metropolitan Railway ordered eight superheated 4-4-4 passenger tank engines for the Aylesbury service. Between 1925 and 1927 the Stoke works built 50 standard class 4F 0-6-0 goods engines for the London, Midland and Scottish Railway and in 1929 and 1930 a batch of 25 GWR 5700 Class 0-6-0PTs were built for the Great Western Railway.

1928 From the 2 ft (610 mm) gauge Gwalior Light Railway in India, the company received several orders for locomotives and a wide variety of rolling stock over the years, culminating in the construction of four large 2-8-2 tender engines in 1928. Six very powerful superheated 4-8-0 mixed traffic locomotives built in 1929 were the last of a series of 4-4-0 and 4-6-0 machines built for the Buenos Aires Central Railway of Brazil.

Some locomotives were built by W. G. Bagnall to Kerr Stuart designs. This was a result of the chief draughtsman of Kerr Stuart, and a number of other staff, being employed by Bagnalls. These locomotives included examples of the Haig and Matary classes.

The last steam locomotive built in Britain for industrial use, was a Hunslet built "Brazil" class engine in 1971. This locomotive is now running on the private Statfold Barn Railway.

The Corris Railway commissioned a new locomotive based on the "Tattoo" design of its original No.4 (KS4047) and this was privately built over a ten year period and went into service in 2005 as No.7.