Grace's Guide is the leading source of historical information on industry and manufacturing in Britain. This web publication contains 144,265 pages of information and 230,174 images on early companies, their products and the people who designed and built them. 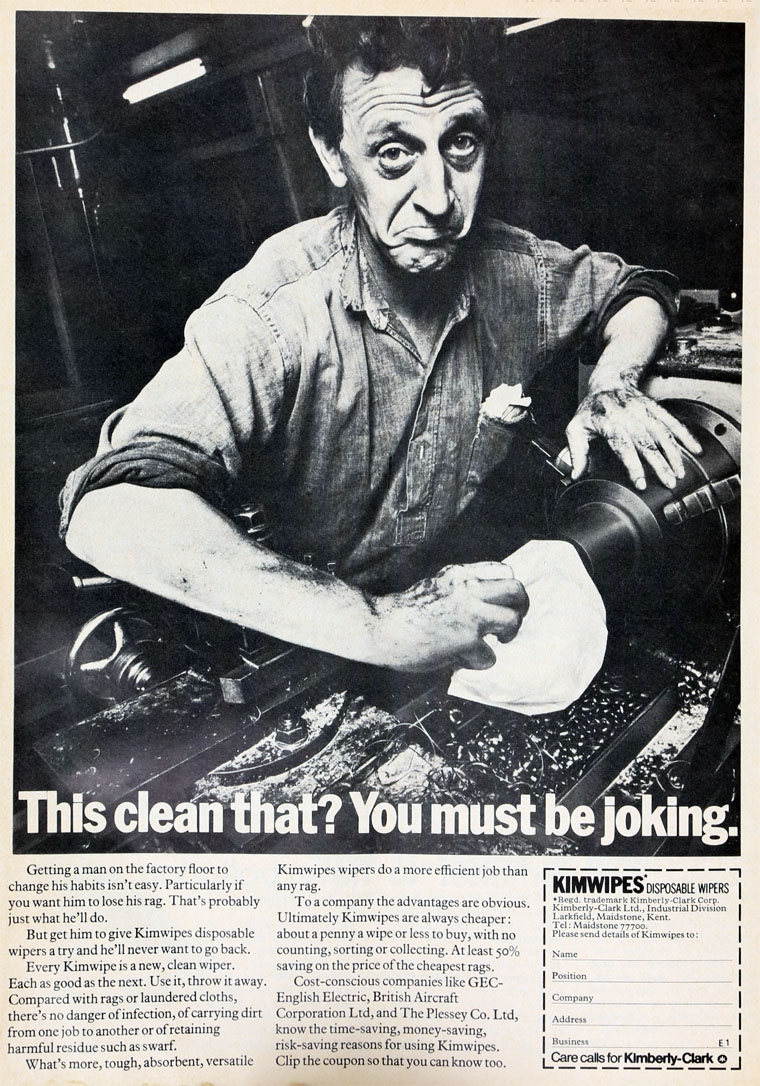 1872 Kimberly, Clark and Co was founded by John A. Kimberly, Havilah Babcock, Charles B. Clark, and Franklyn C. Shattuck in Neenah, Wisconsin with USD$30,000 capitalization.

The group's first business was operating paper mills, which the collective expanded throughout the following decades.

1926 Kimberly and Clark joined with The New York Times Company to build a newsprint mill in Kapuskasing, Ontario, Canada.

1928 The company went public as Kimberly-Clark.

1999 Augmenting its presence in Germany, Switzerland, and Austria, the company paid $365 million for the tissue business of Swiss-based Attisholz Holding. Adding to its offerings of medical products, the company bought Ballard Medical Products for $744 million.

2000 Examination glove maker Safeskin was acquired for about $800 million. The company bought virtually all of Taiwan's S-K Corporation; the move made Kimberly-Clark one of the largest manufacturers of consumer packaged goods in Taiwan and set the stage for expanded distribution in the Asia/Pacific region. The company later purchased Taiwan Scott Paper Corporation for about $40 million and merged the two companies, forming Kimberly-Clark Taiwan.

2004 Chairman and Chief Executive Officer Thomas Falk began implementation of the global business plan the company detailed in July 2003. The firm combined its North American and European groups for personal care and consumer tissue under North Atlantic groups and was working to ensure that Asian, Latin American, and Eastern European markets were supplied, specifically in the areas of value-tiered diapers, light-end incontinence, and health care products.