Grace's Guide is the leading source of historical information on industry and manufacturing in Britain. This web publication contains 147,173 pages of information and 233,417 images on early companies, their products and the people who designed and built them. 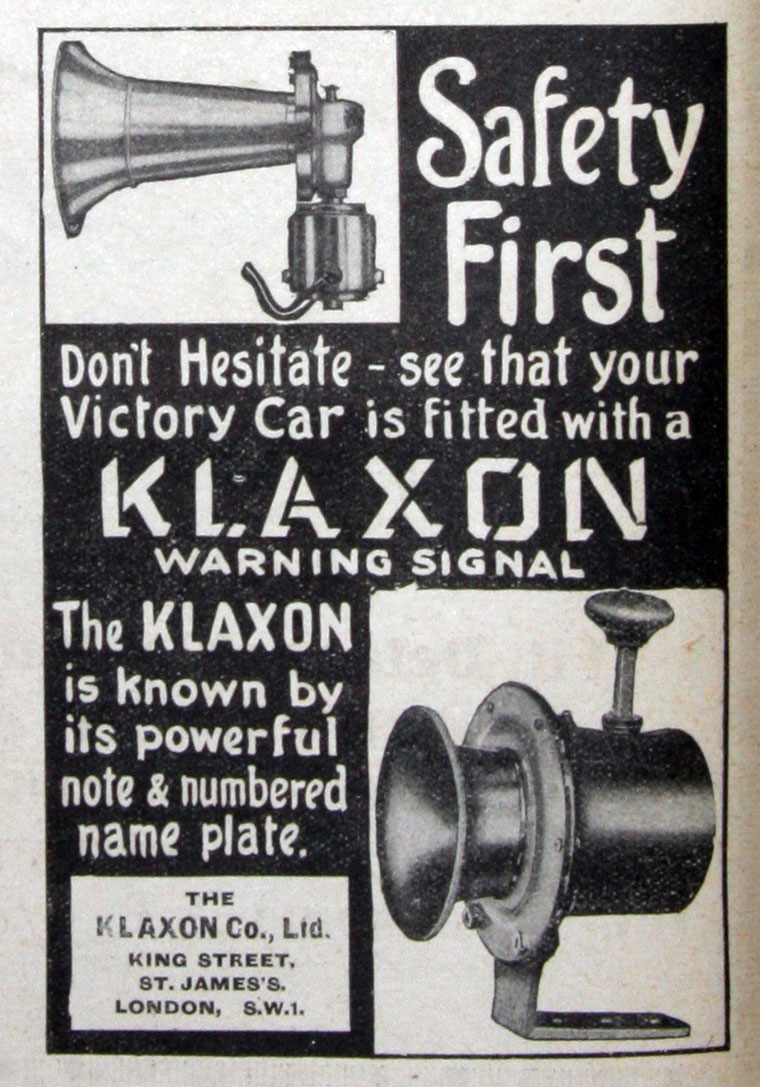 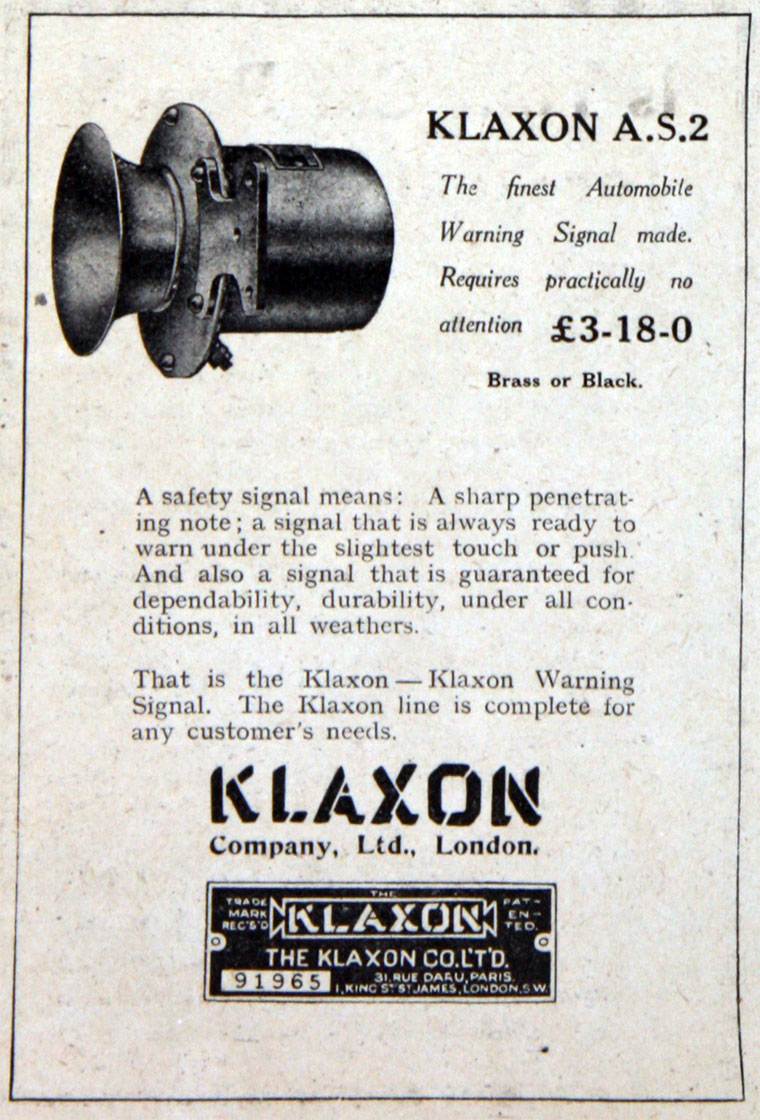 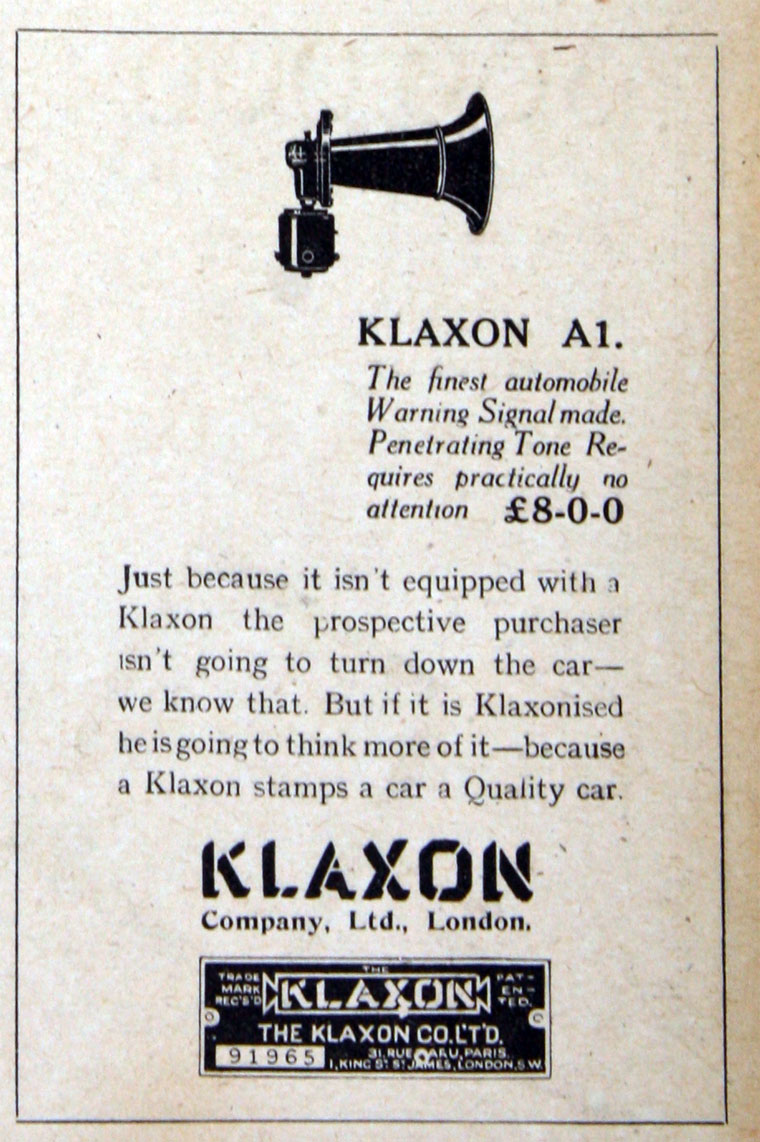 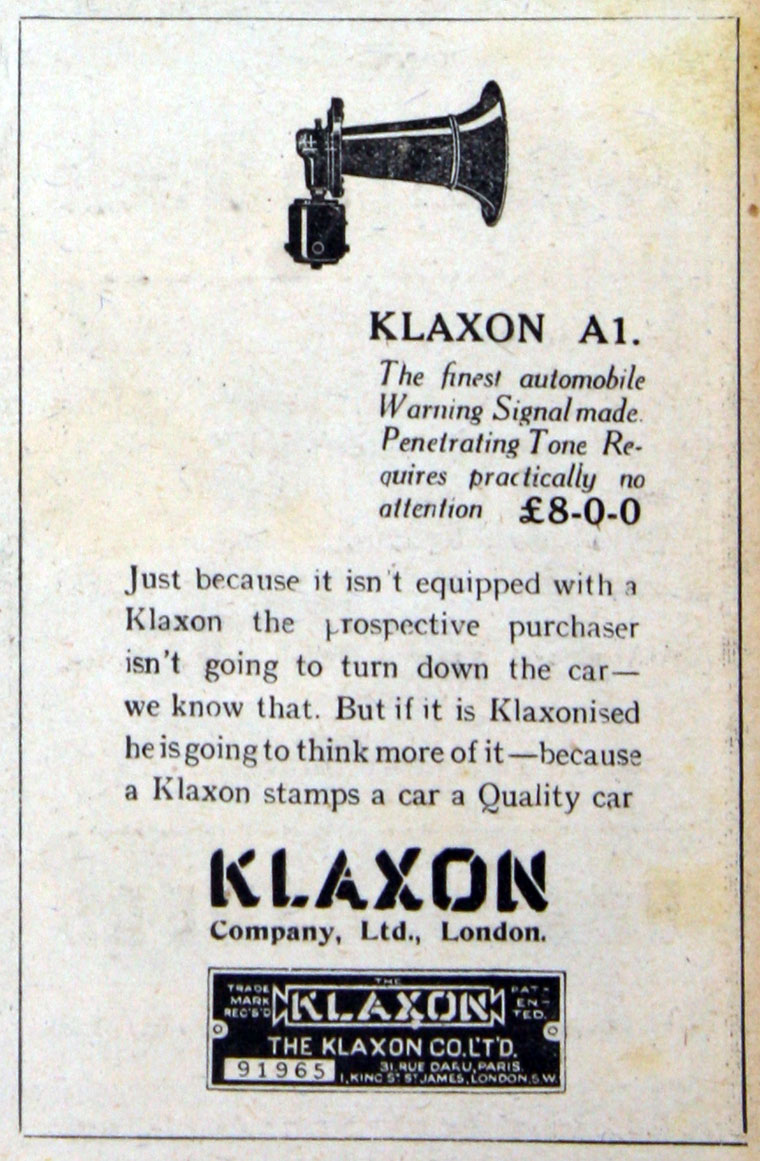 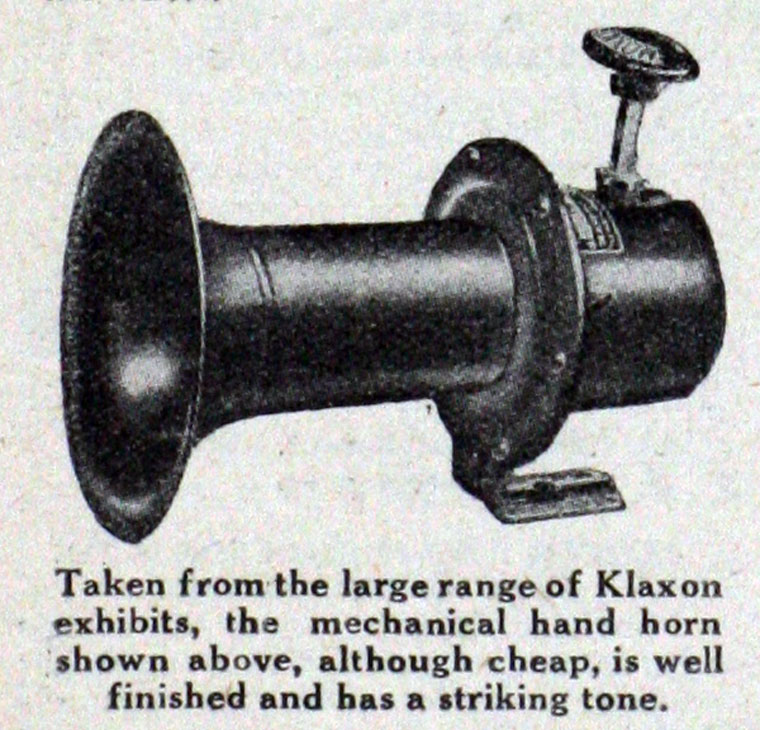 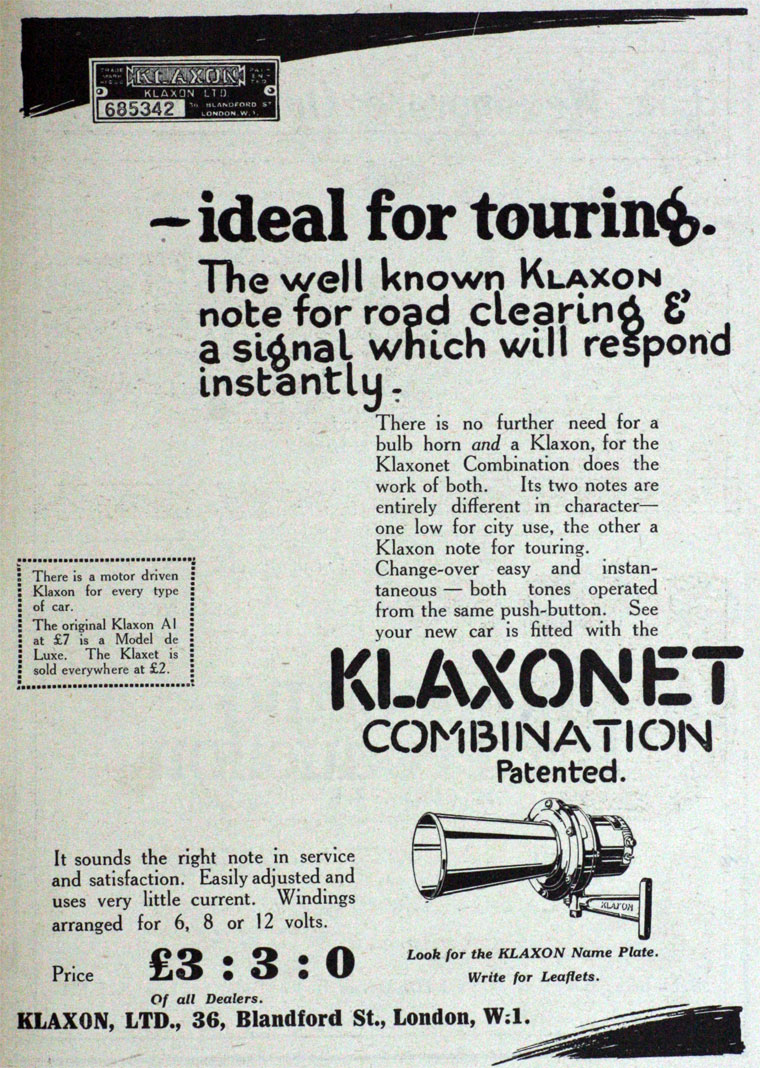 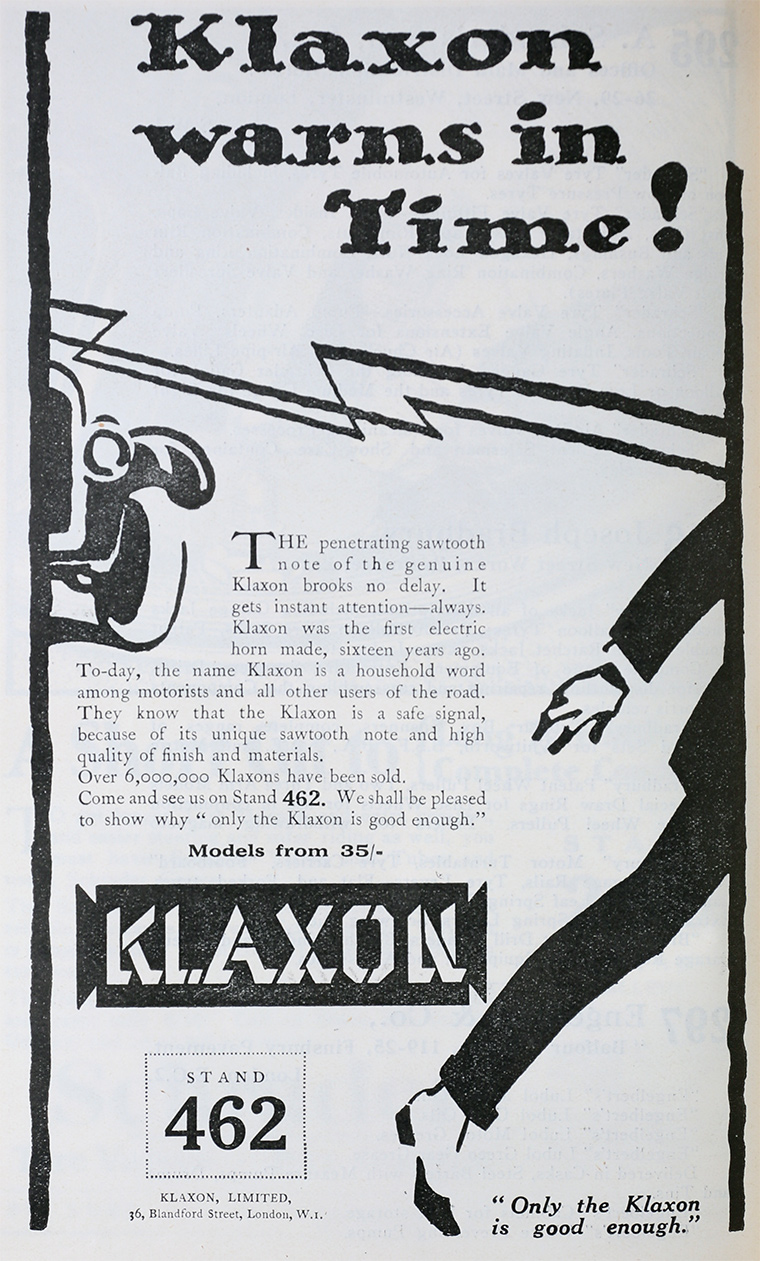 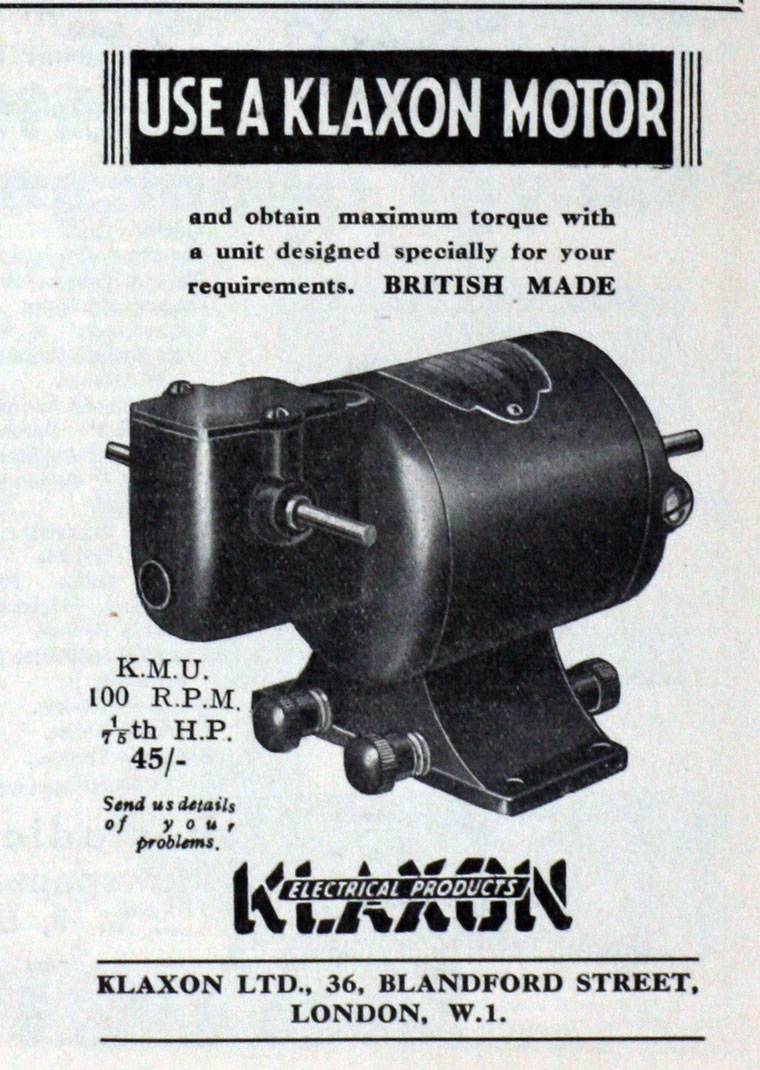 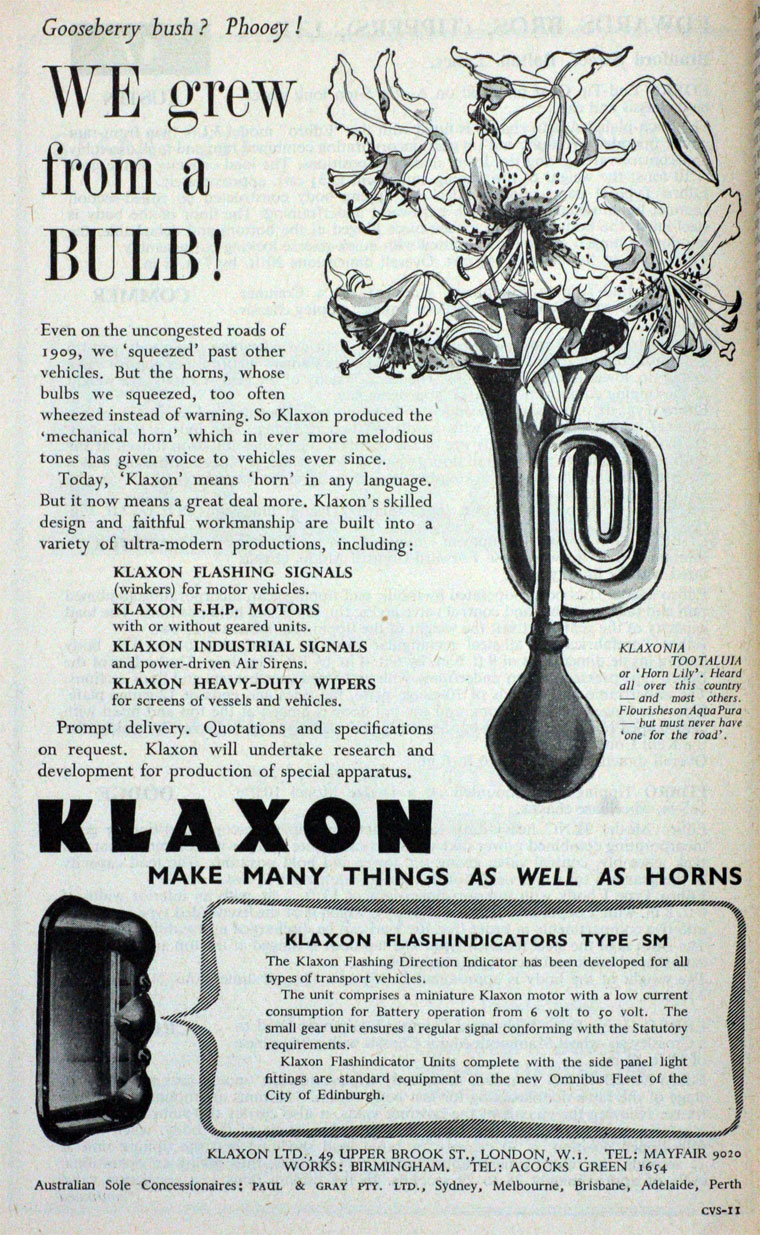 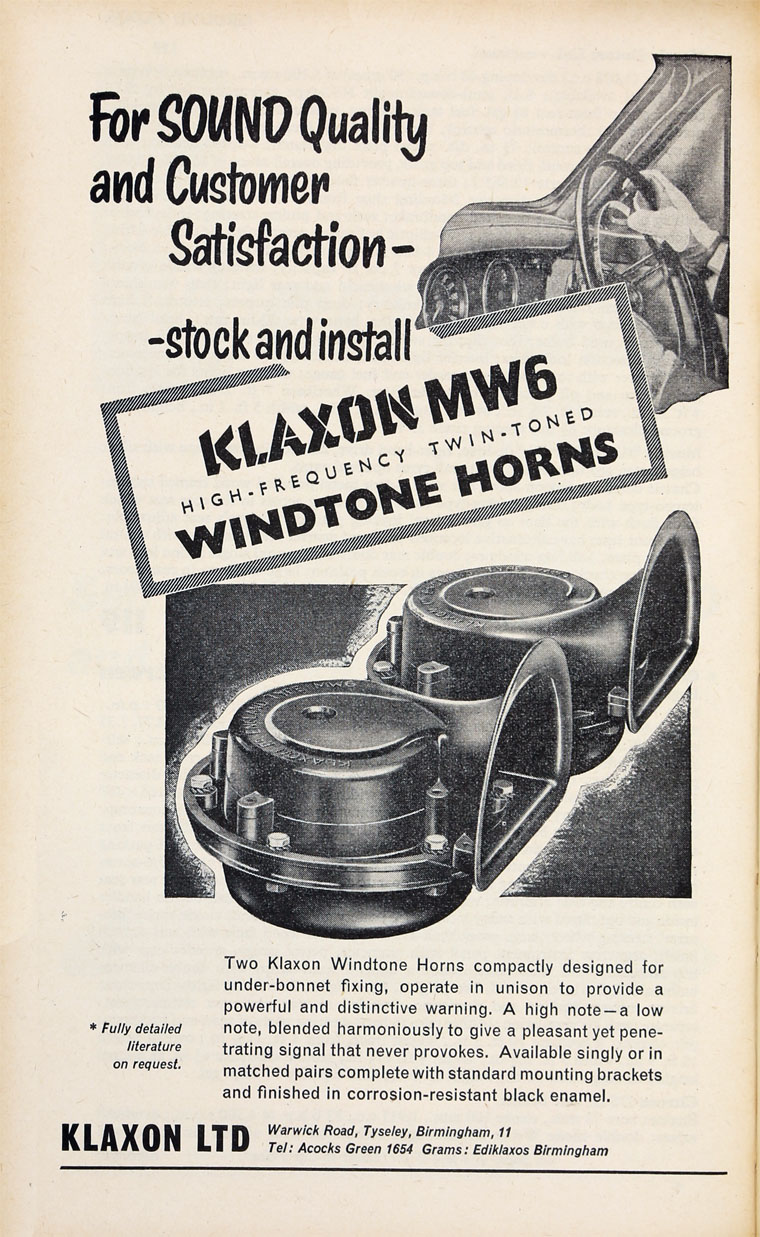 Klaxon Co, of Birmingham, originally the British operating company of the Klaxon Company of USA

1919 January. Advert for the Klaxon warning signal for vehicles. [1]

By 1955 had been acquired by R. H. Windsor who put effort into developing the export opportunities for the company[3]

1956 Was a subsidiary of R. H. Windsor, plastics machinery manufacturer, when that company entered into close working arrangement with Camp Bird[4].

1908 Miller Reese Hutchison patented the mechanism of the klaxon.

The Lovell-McConnell Manufacturing Co. of Newark, New Jersey bought the rights to the device. Franklyn Hallett Lovell Jr. coined the name klaxon from the Ancient Greek.

The English company, Klaxon Signals Ltd., has been based in Oldham, Greater Manchester, for the last 80 years, with premises also in Birmingham.