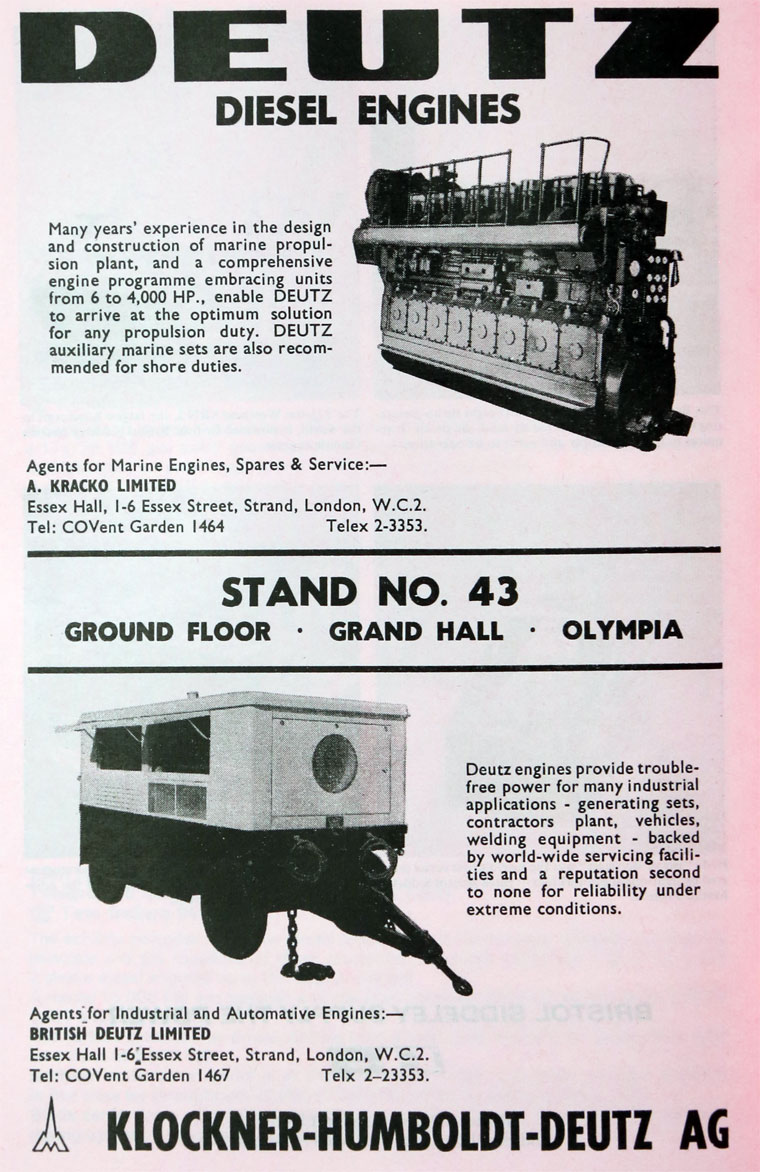 Langen invented and applied new methods of production in the KHD factory.

1965 Agents in the UK are A. Kracko and British Deutz