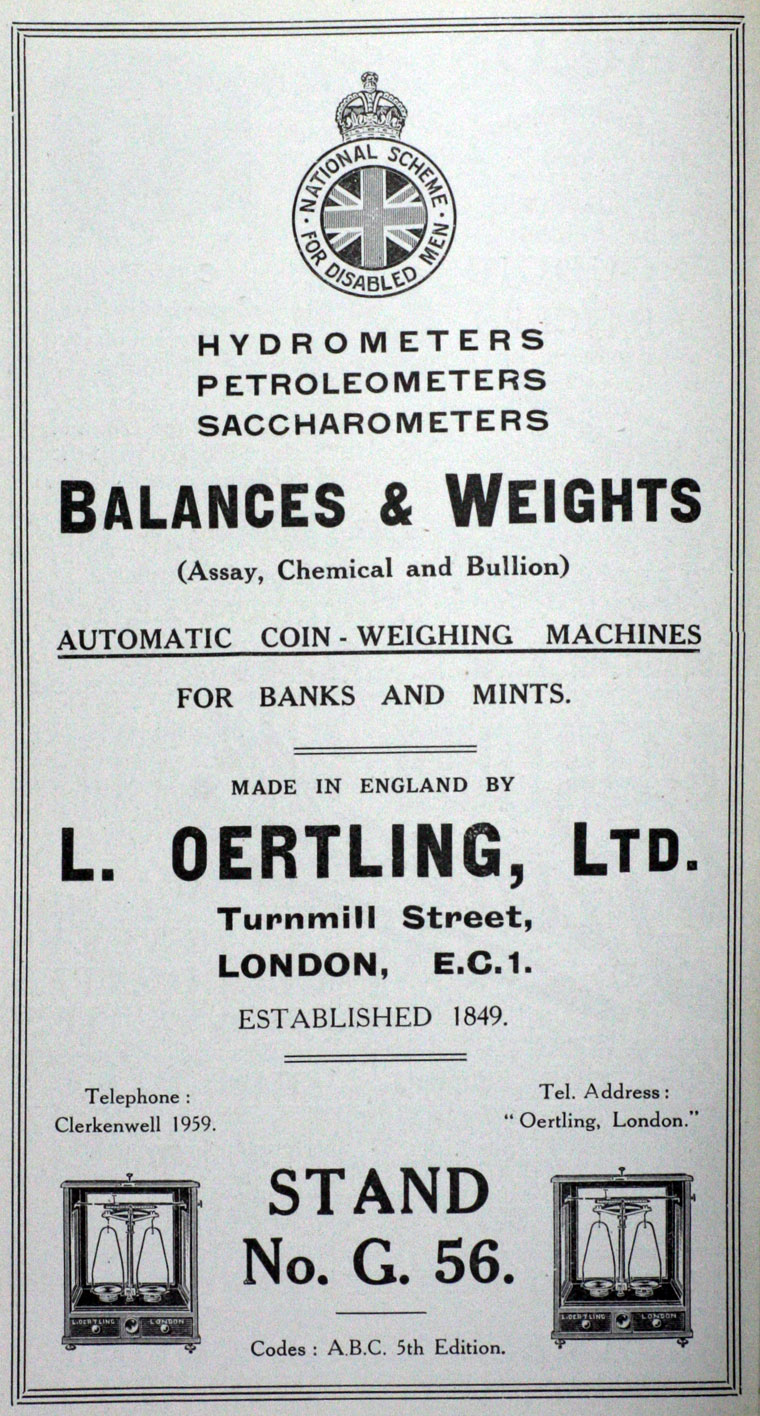 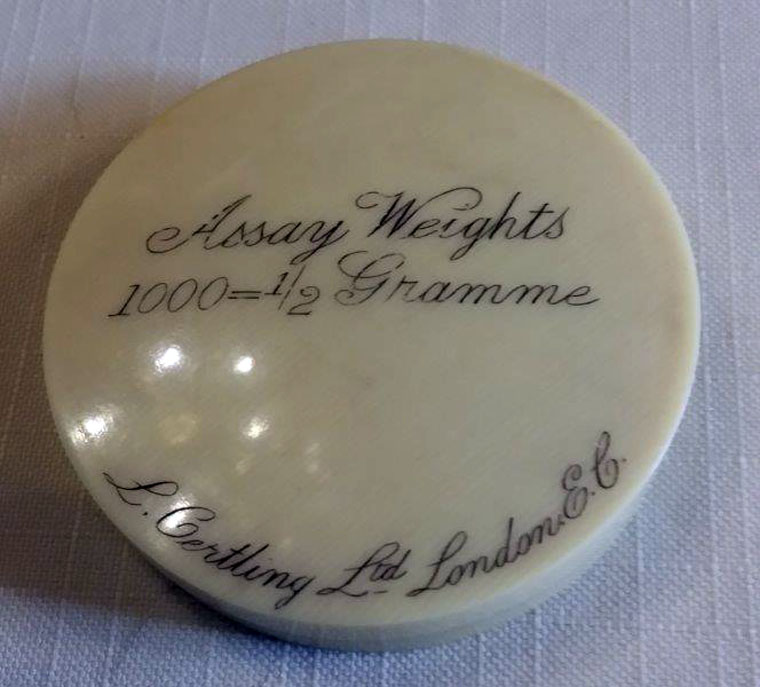 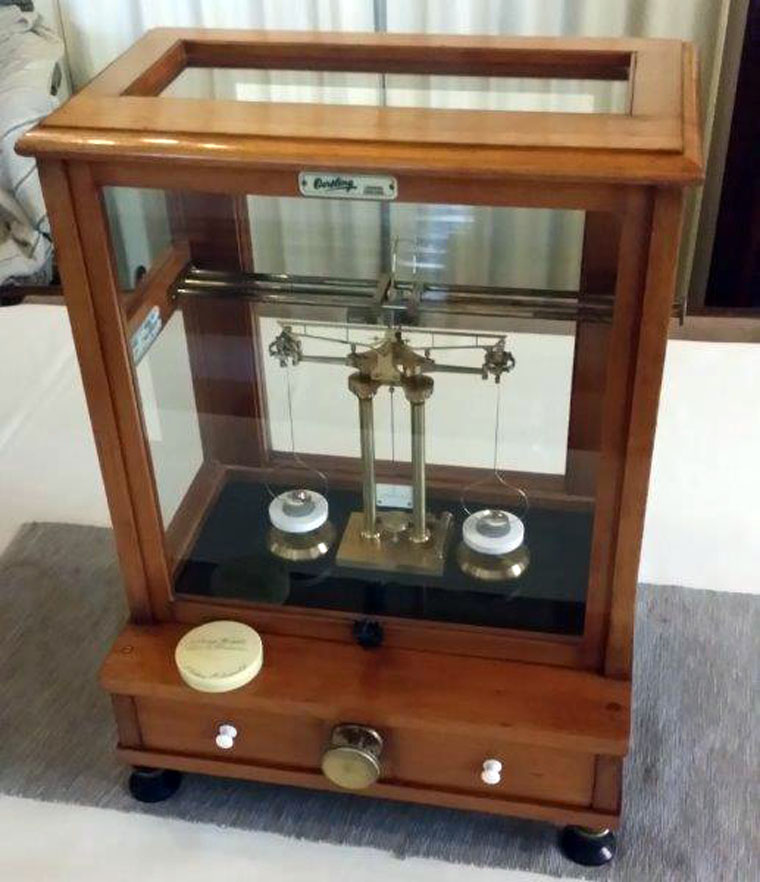 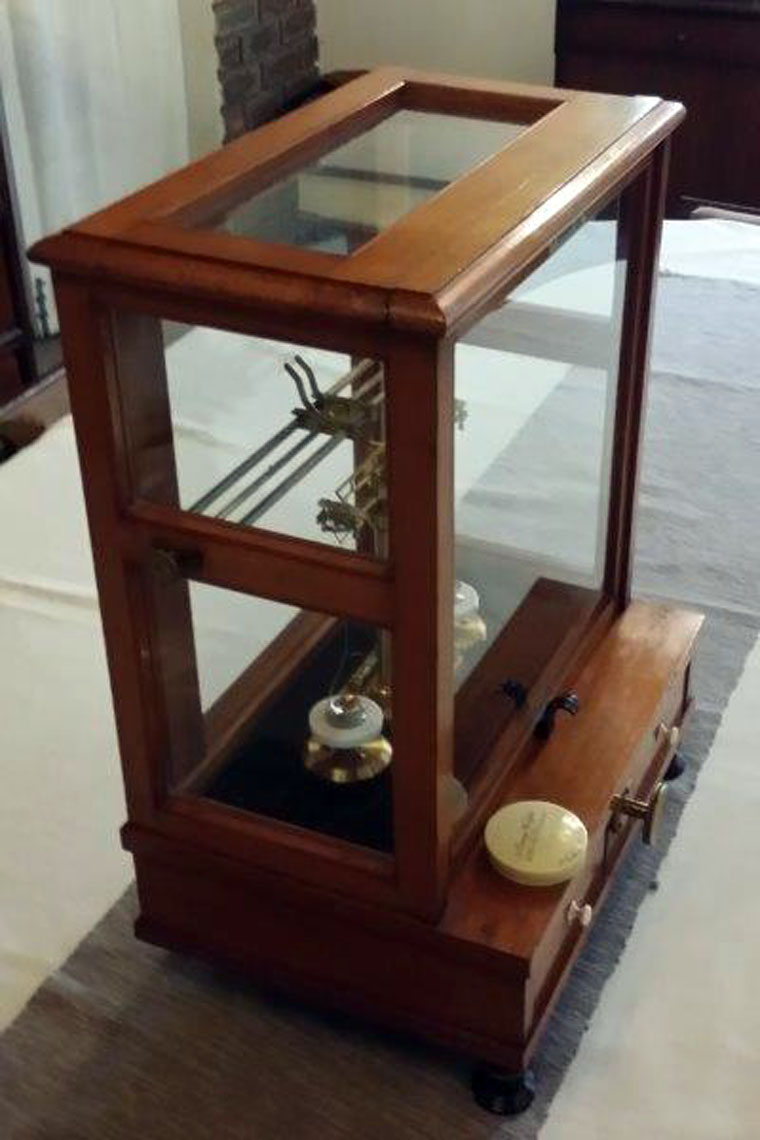 1849 Company established by Ludwig Oertling. The firm of L. Oertling became the biggest and most famous maker of precision balances in Great Britain.

1865 Patent. '75. To Edward Wilds Ladd and Ludwig Oertling, both of 27 Moorgate-street, in the city of London, for the invention of "improvements in hydrometers."'[2]

1868 Partnership dissolved. '...Edward Wilds Ladd and Ludwig Oertling, do hereby declare that the Partnership hitherto subsisting between us as Bullion and Assay Balance Makers, at No. 27, Moorgate-street, in the city of London, was dissolved...'[3]

1885 Gold medal for invention in respect of excellence in balances.

1925 Became part of the Avery Group of companies.