Grace's Guide is the leading source of historical information on industry and manufacturing in Britain. This web publication contains 143,392 pages of information and 230,040 images on early companies, their products and the people who designed and built them. 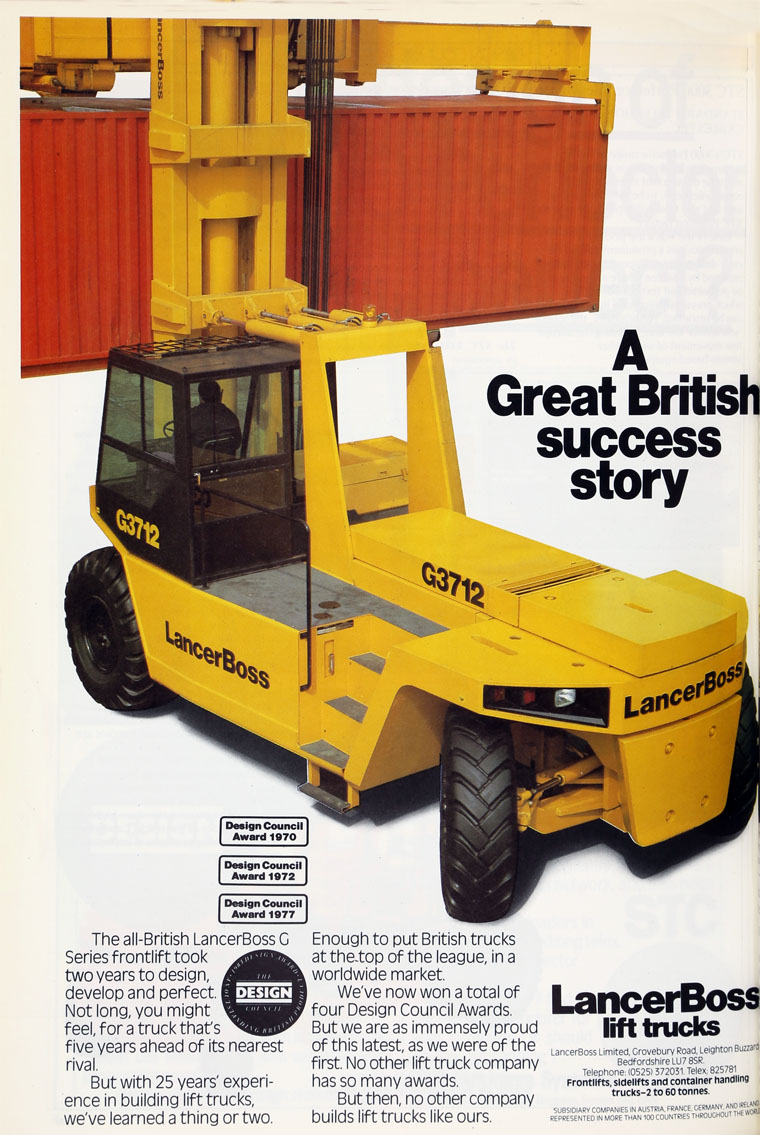 1972 Assembly unit commissioned with 1,000th truck being produced in November the previous year.

1974 Mr. Bernard Boxall joined the board of the Lancer Boss Group as a non-executive director.[3]

1994 The German subsidiary Steinbock Boss was acquired by Jungheinrich; because of the integrated nature of the business it was expected that Jungheinrich would also take over Lancer Boss in the UK[6].