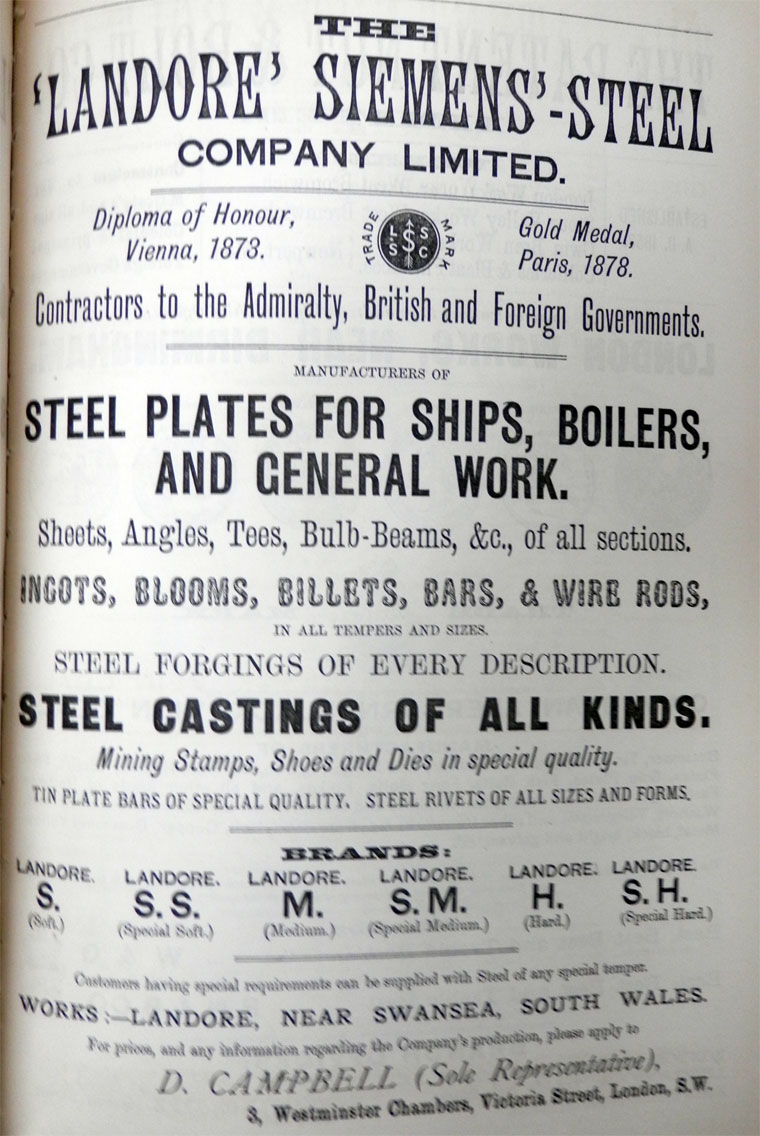 1867 After several years of development and trials, William Siemens had succeeded in demonstrating his regenerative furnace for open hearth production of steel, converting old iron rails, originally made at Dowlais, into steel which was rolled into rails at John Brown and Co in Sheffield. These rails so impressed the directors of the Great Western Railway that the Landore Siemens Steel Co was immediately formed to apply the furnace [1] under the management of John Roper Wright.

1869 First commercial-scale production from an open hearth steel-making furnace based on the Siemens process. Production by Landore Siemens was 75 tons/week[2].

1876 New tire rolling mill supplied by Craven Brothers and the steam hammer by Thwaites and Carbutt. Details of the new works. [4]