Grace's Guide is the leading source of historical information on industry and manufacturing in Britain. This web publication contains 138,124 pages of information and 223,035 images on early companies, their products and the people who designed and built them. 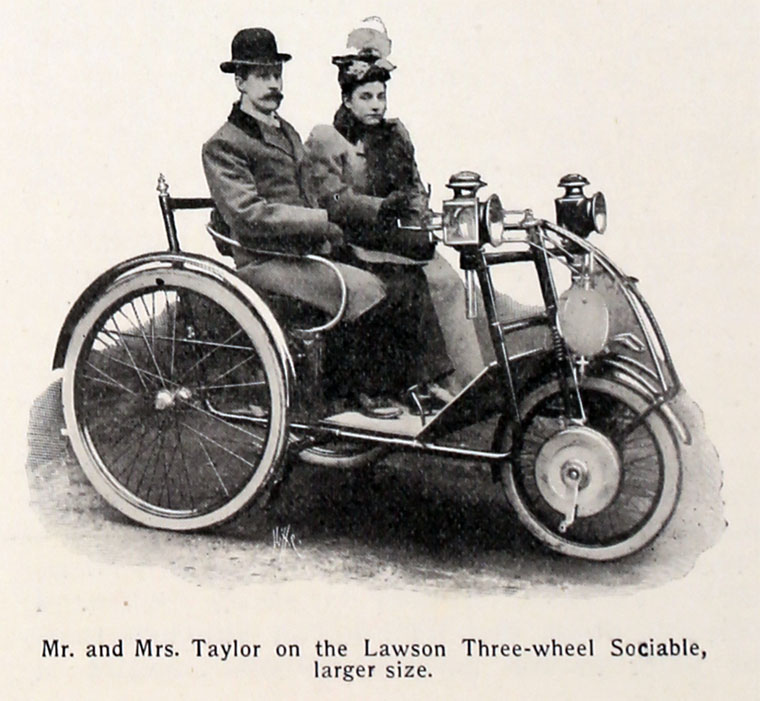 Lawson were motorcycles produced from 1900 to 1901, and built by the Crypto works.

A couple of machines were made. One was similar to the Pennington, which had appeared a few years earlier, just before the turn of the century. This had the engine hung out behind the rear wheel, which was driven by belt.

1901 another machine was shown. This had its engine on one side of the front fork and the flywheel on the other, but was not successful.