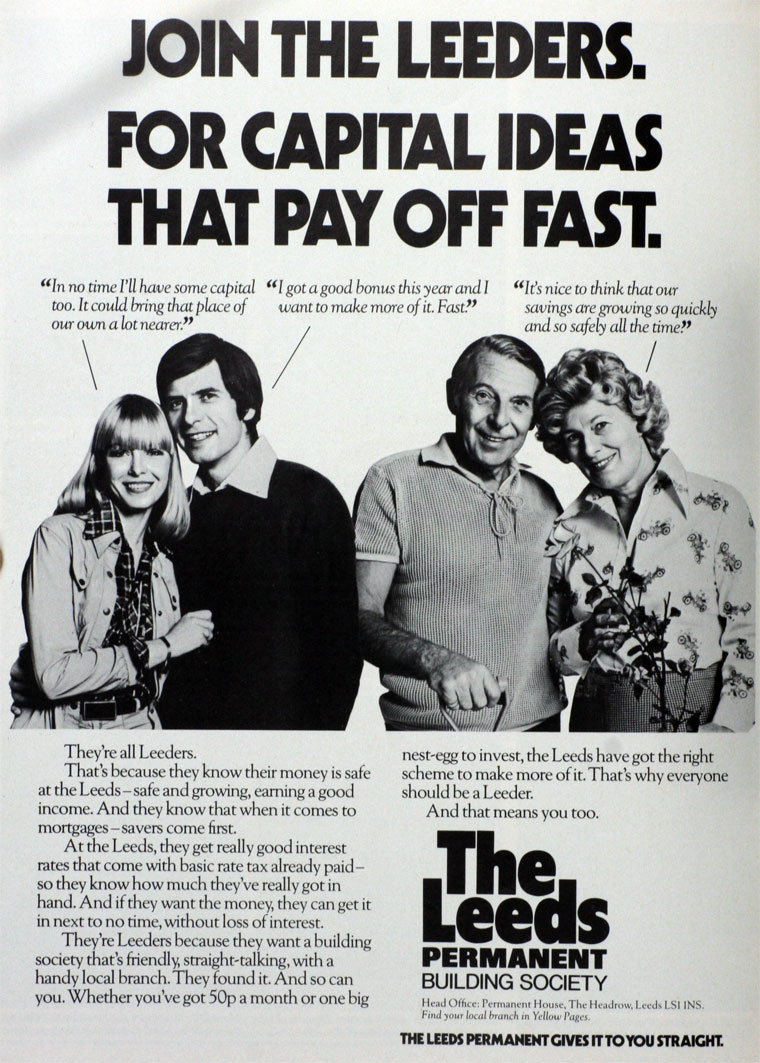 1846 At a time of rapid growth in Leeds, The Leeds Building and Investment Society was formed. It was a 'terminating' society; houses were built for its members, and the society then disbanded. However, demand for new housing greatly outstripped the Society’s ability to build.

1848 The Society's trustees decided to convert to 'permanent' status. This allowed members to deposit money without being obliged to build or buy a house. The cash they deposited would in turn be loaned to other members, who did want to acquire a house. The Society would thus endure for as long as its members wanted. It was named 'The Permanent Second Leeds Benefit Building Society'.

The Society's first offices were located in Exchange Buildings in Lands Lane. It later moved to 32 Park Row.

1871 The Royal Commission looking into the operations of friendly societies commended the society as a model one.

1876 The Society moved again, to the corner of Park Lane and Calverley. Here the Society was to remain for the next 50 years.

1930 Moved to purpose-built premises at The Headrow, on the corner of Guildford and Cookridge Streets. The new head office was designed by local architect C.W. Atkinson.

1995 Merged with Halifax Building Society shortly before it demutualized.