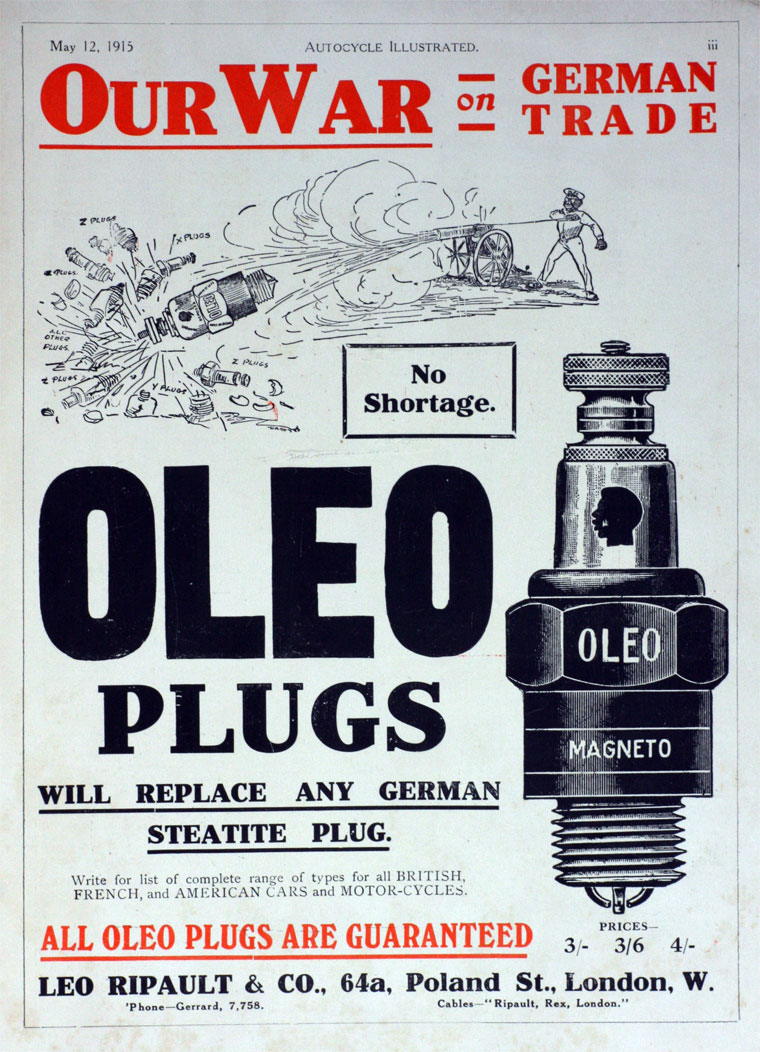 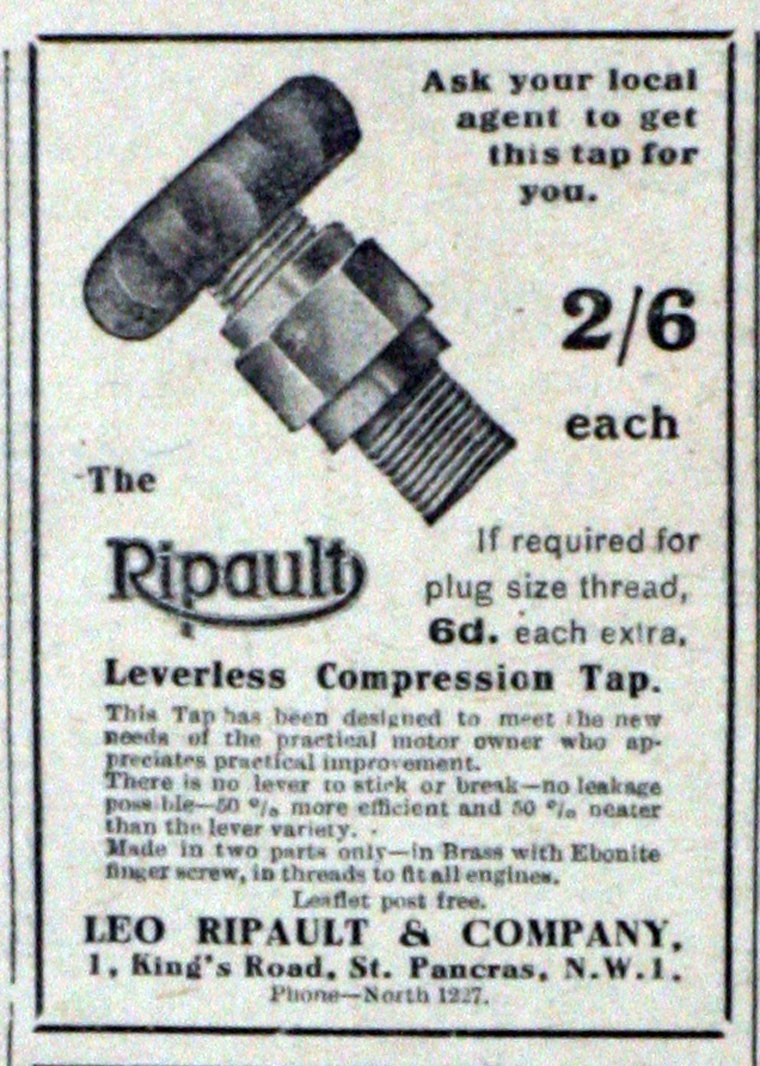 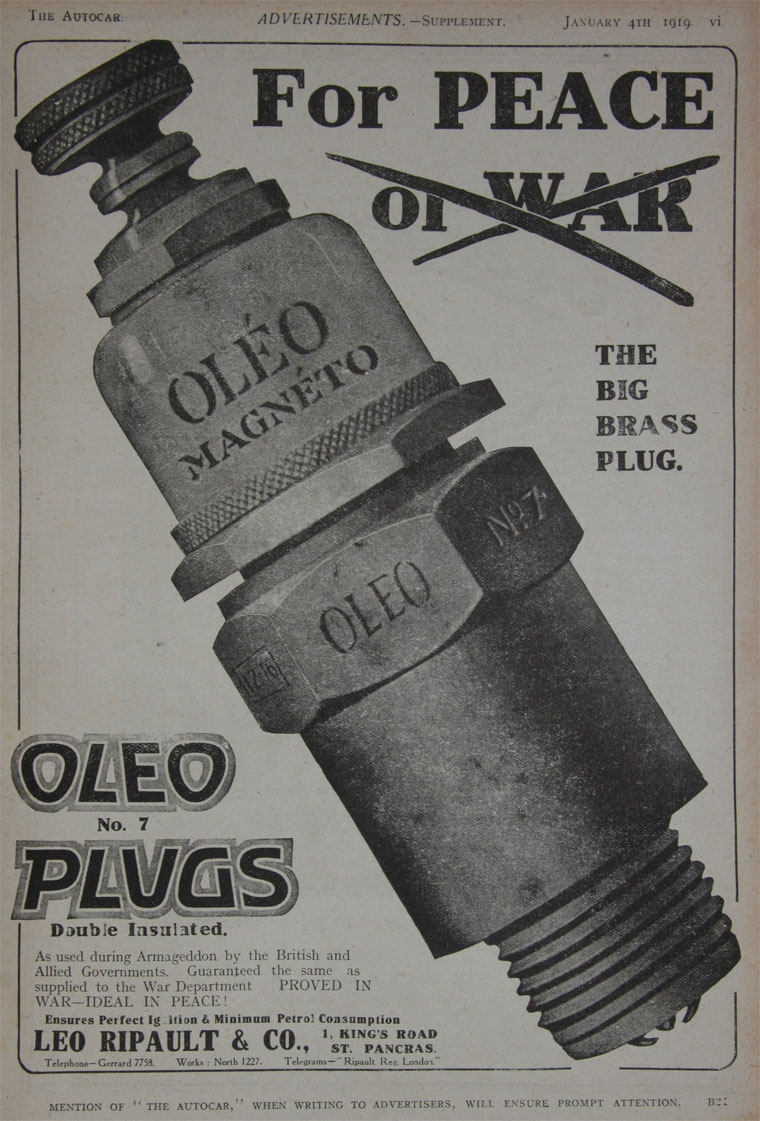 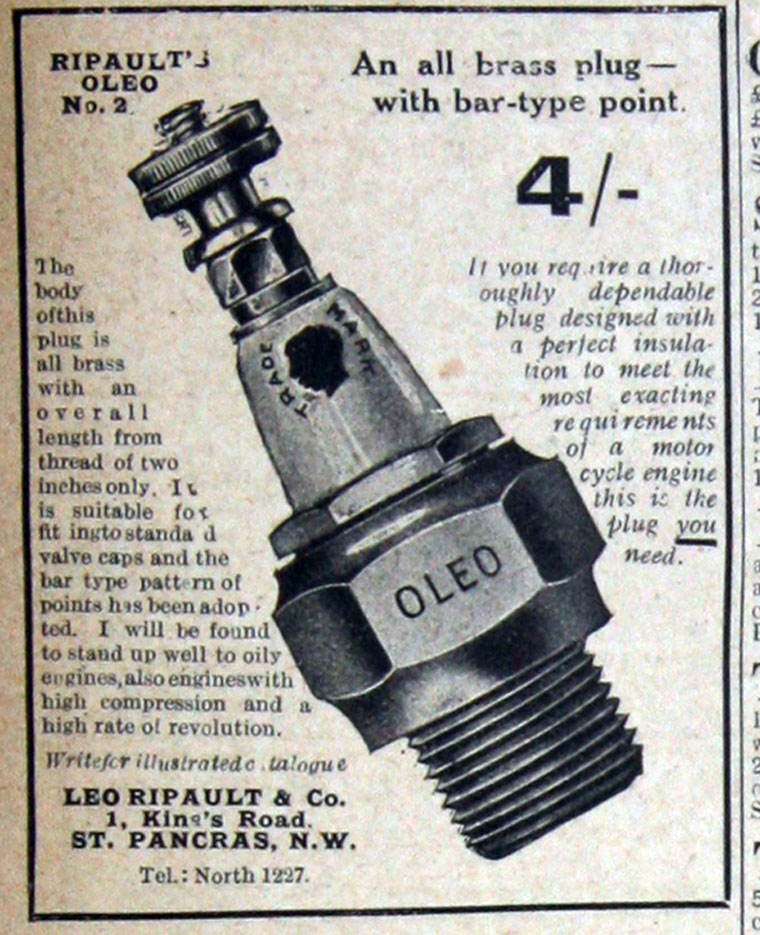 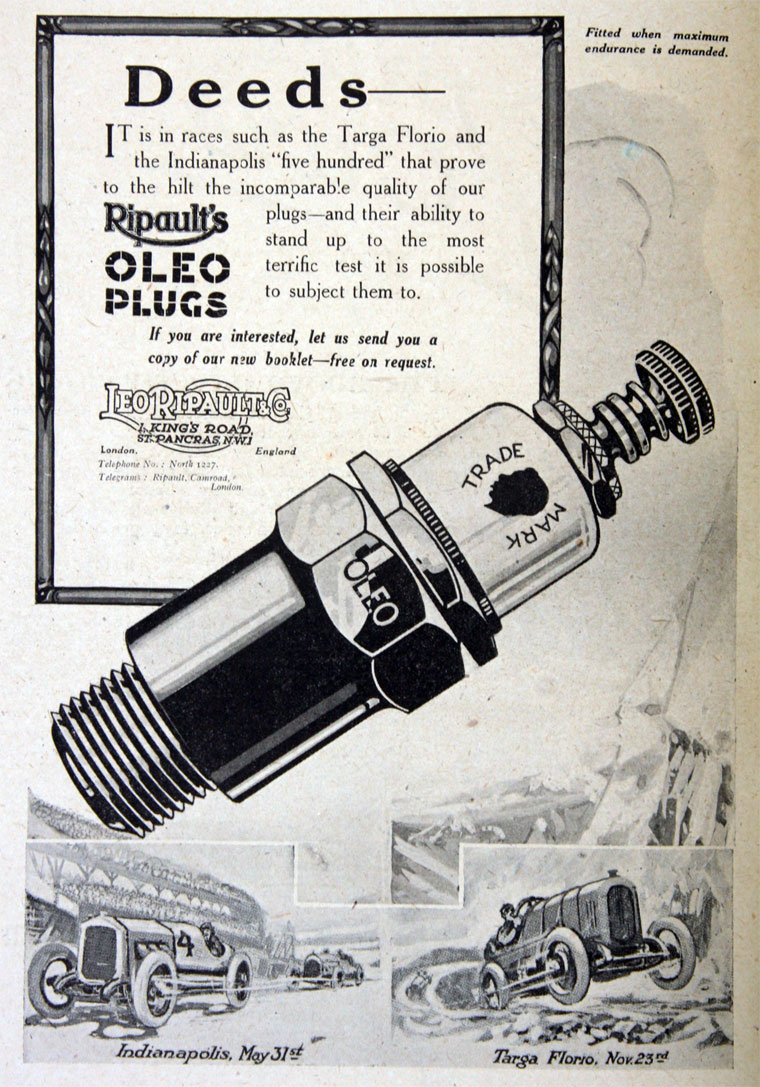 of 64A Poland Street, London, W

KD (Keller Dorian) was a motorcycle produced between 1908 and 1909 by Leo Ripault and Co of Poland Street, Oxford Street, London. Manufactured by Albert Keller-Dorian of Lyon from 1905, the motorcycle had AIV (snuff valve) engines of 170cc and 216cc and were also available in an open frame version.

The device was a bicycle attachment that fitted within the main frame to drive the rear wheel by belt, tensioned by a jockey-pulley.

The make was listed for two years.

1909 Herot Le Brunot of Paris are selling their single and twin-cylinder aeroplane engines through this company.[1]