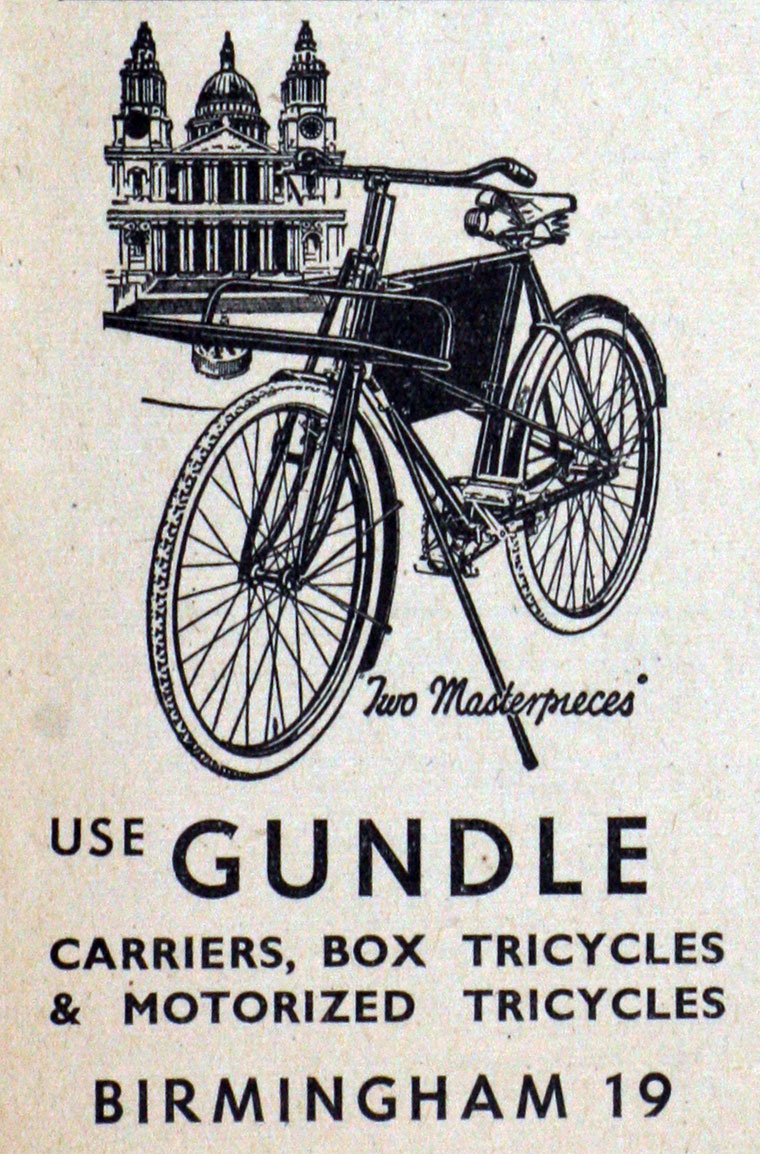 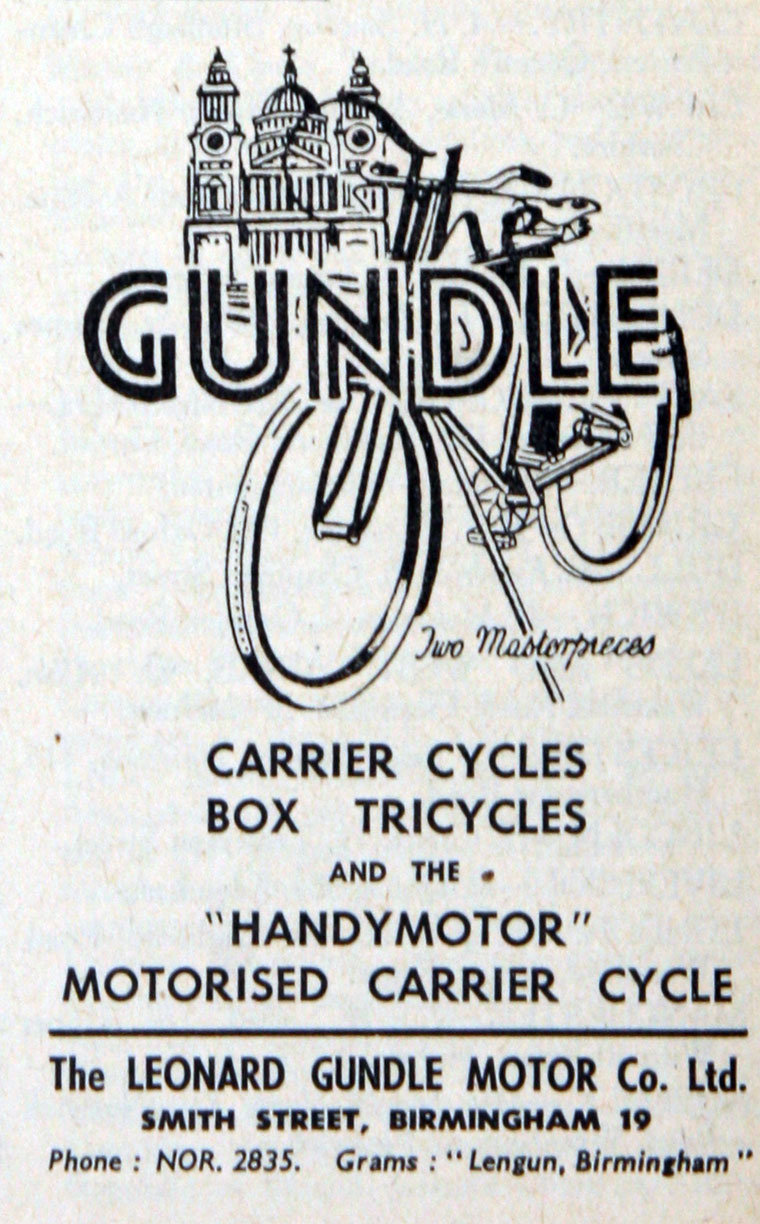 The firm originally made butchers' bicycles and ice-cream tricycles.

1928 Motorcycles were added to the list of products when the company built three JAP-engined models. These were of 300cc sv and 346cc ohv, and the latter came in single or twin form. All drove either an Albion or a Burman three-speed gearbox, had a diamond frame and girder forks.

1930-1931 The small range continued, but then the company reverted to the production of bicycles.

1949 After the war, the name returned on tricycle powered by a 197cc Villiers engine with a three-speed gearbox. It had a conventional rear half, but the front had two wheels the same size as the one at the rear, and a seat was fixed between forecar from the early days. A commercial body was also available, but the project progressed no further.