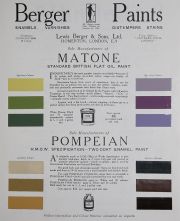 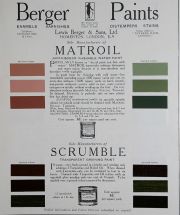 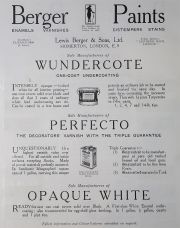 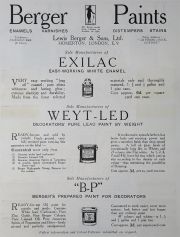 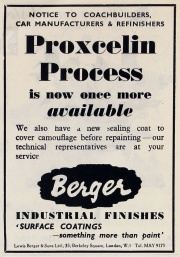 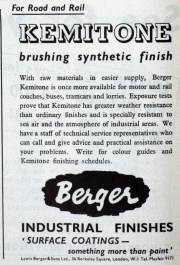 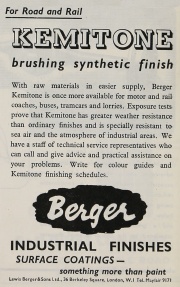 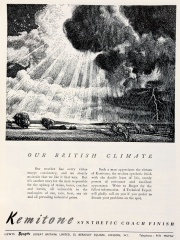 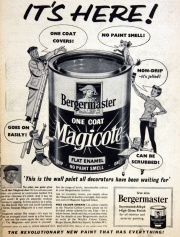 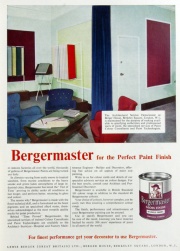 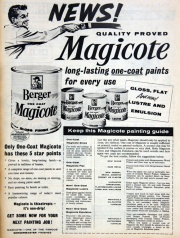 1760 Louis Steigenberger (1740-1816) moved from Frankfurt to London to sell Prussian blue which was made using his own secret formula.

1766 A company had been established with Frederick Smith. [1]

Louis changed his name to Lewis Berger and married and settled in Hometon, East London. The colours he produced were sold in a shop in Cheapside, London.

1785 Premises were purchased in Queen Street, Cheapside to keep in touch with the city and export trade. John and Samuel Berger, Lewis's sons ran this part of the company.

1790 By this time Berger was selling 19 different pigments, as well as black lead, sulphur, sealing wax and mustard.

1814 Lewis Berger died and his sons, John and Samuel took over the running of the business. They were succeeded by John's sons, Lewis Curwood and Capel Berrow Berger, afterwards it was ran by Arthur another of Lewis's sons.

1879 Lewis Berger and Sons was incorporated[3].

1905 The company's financial state was uncertain until W. H. Cottingham, vice-president of the American paint maker, Sherwin Williams, bought control of the company. The company built factories around the British Empire and developed colours for printing, enamels and varnishes.

1908 Made a private company

1934 29 acres of land were purchased in Chadwell Heath to build factories for manufacturing.

1950 The company had to move from Homerton to make way for a new trunk road (that was never built).

1950s The Chadwell Heath site in Essex already supported a small factory making nitro-cellulose paints and this site was developed to accommodate new offices, paint and resin production plants, laboratories and warehouses on the site.

1957 The Homerton site was finally closed. The company was trading as Lewis Berger (Gt. Britain) Ltd.

1960 The company after merger with Jenson and Nicholson

1969 Taken over by Hoeschst AG[5], the firm retained its separate identity.

1987 After being sold to Williams Holdings it became part of Crown Paints and then finally part of the Dutch Akzo Nobel company.