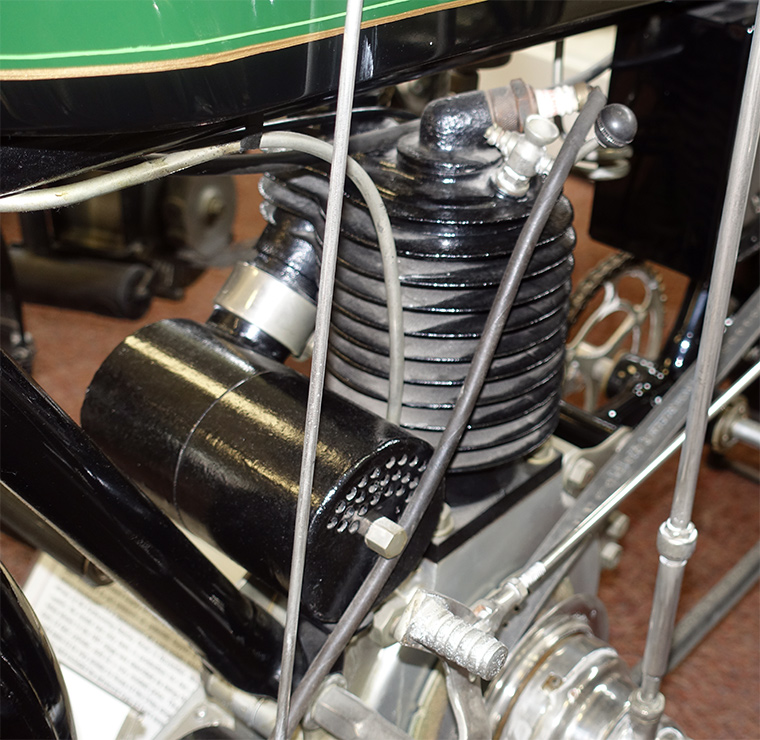 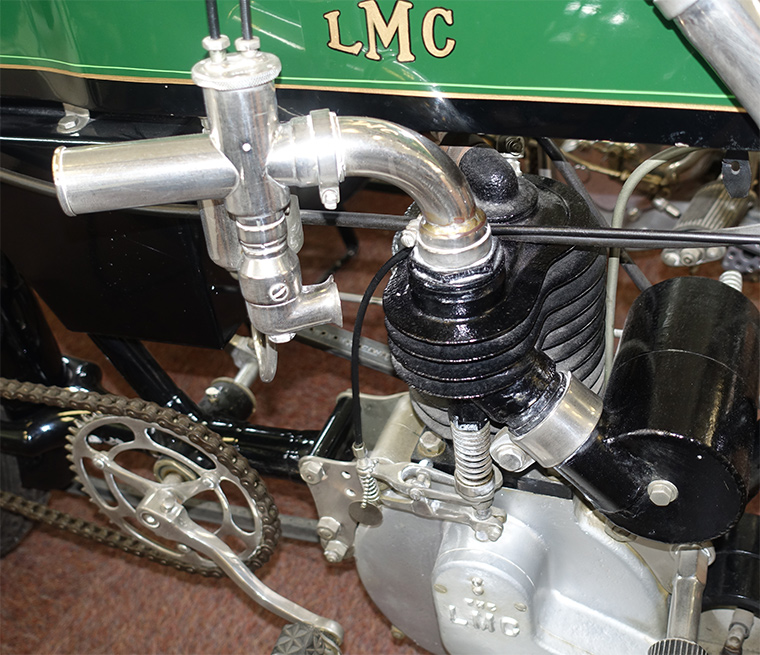 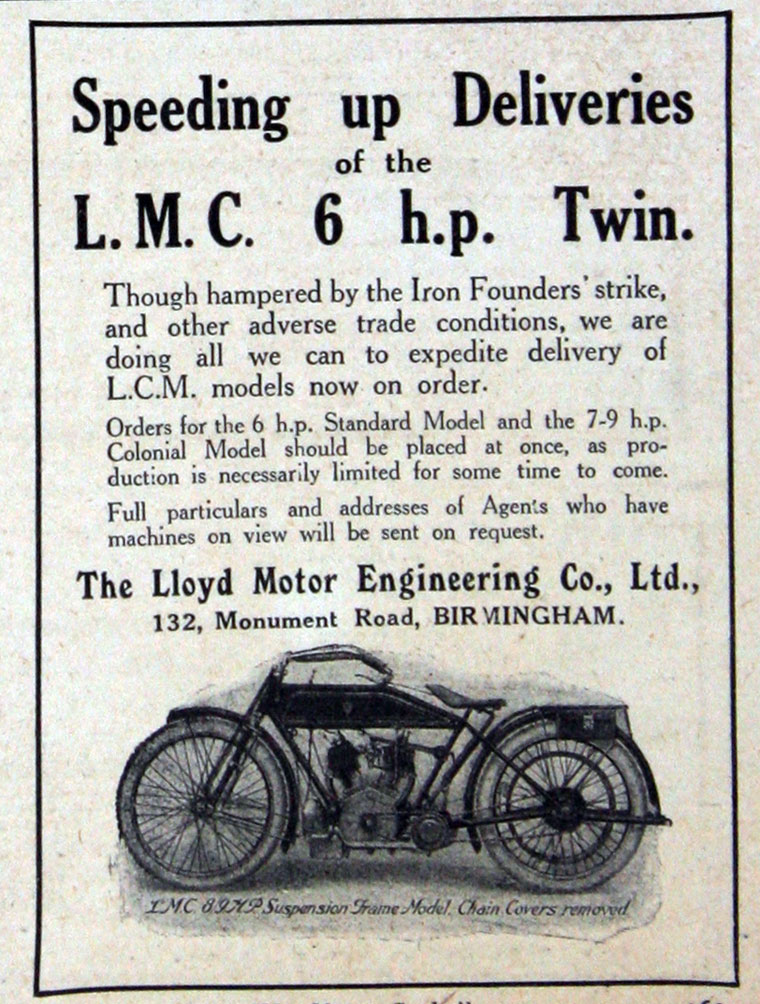 Also see footnote re the start of this business[1]

1903 The first machines were built using the name of the owner, Walter John Lloyd, who was also involved with Quadrant Cycle Co for a time. W. J. Lloyd was a component maker and the early motorcycles were constructed using stock parts from his stores, fitted with Stevens engines. They were typical of the period.

1907 Incorporated as a limited company.

1907 Walter left Quadrant after financial difficulties and started his own business.

1908 By now the machines were being sold as LMC, and their 3.5hp single was joined by a 2.75hp vertical twin, devoid of cooling fins. Cooling was meant to be from the flow of air between the separate cylinders. Although the company claimed that overhearing was not a problem, that engine was not seen again.

1916 Other transmission options were offered, including a counter-shaft gearbox.

1919 After the end of World War I, the make returned with a 597cc single and an 842cc V-twin, both with three-speed gearbox.

1920 Only the twin was offered, but it was also available in overseas form with a larger tank and different suspension.

1922 These two ran on for the year and then production ceased.