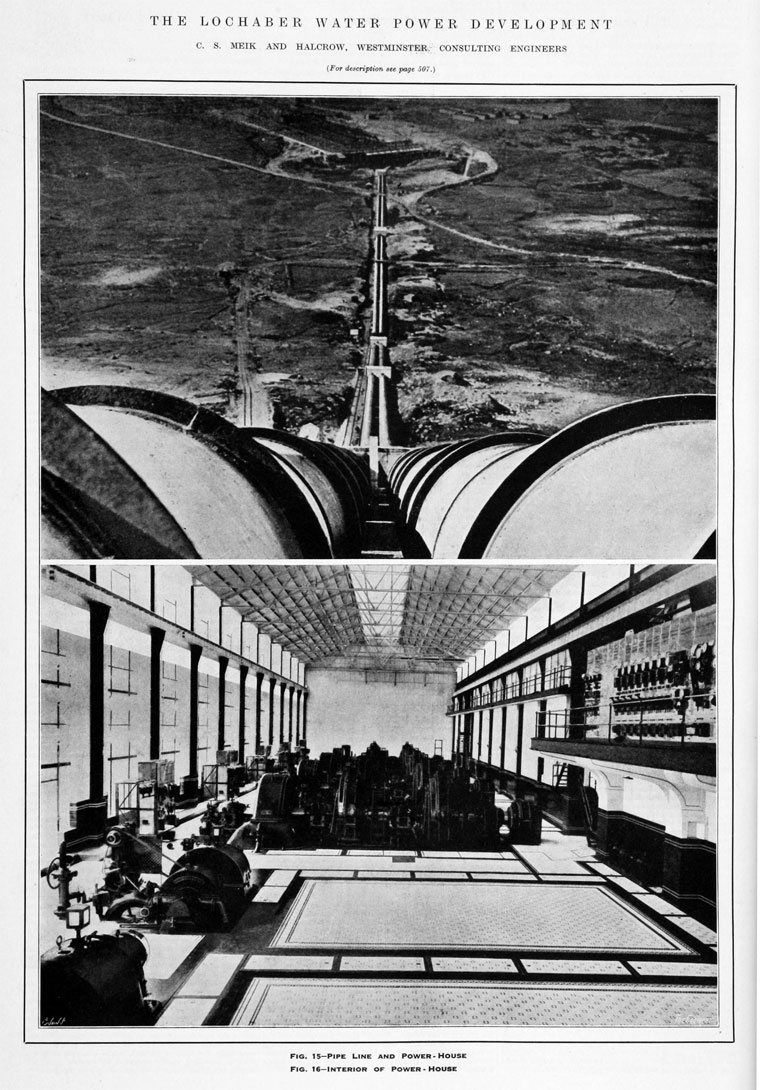 1921, after many years of study and debate, Parliament sanctioned the building of a new aluminium factory with its own hydroelectric installation harnessing the power of the Rivers Treig and Spean and the flood waters of the River Spey.

The construction was carried out in three stages extending over many years:

The station had a total installed capacity of 88MW.

C. S. Meik and Halcrow were the engineers and Henry Balfour and Co were the contractors.