Grace's Guide is the leading source of historical information on industry and manufacturing in Britain. This web publication contains 139,030 pages of information and 225,327 images on early companies, their products and the people who designed and built them. 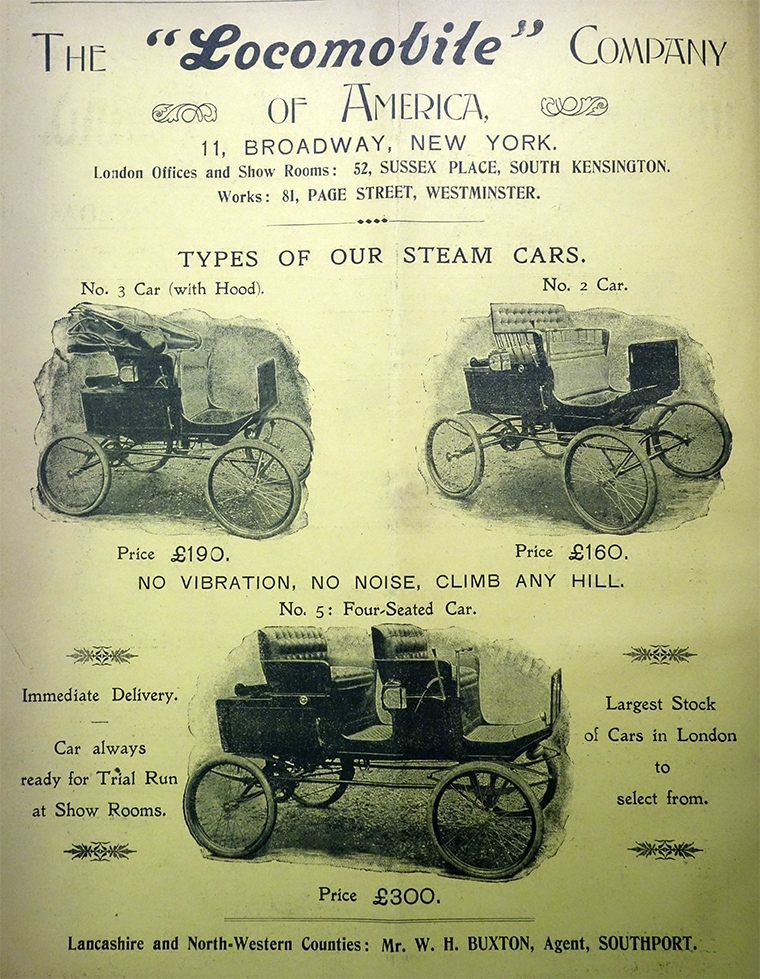 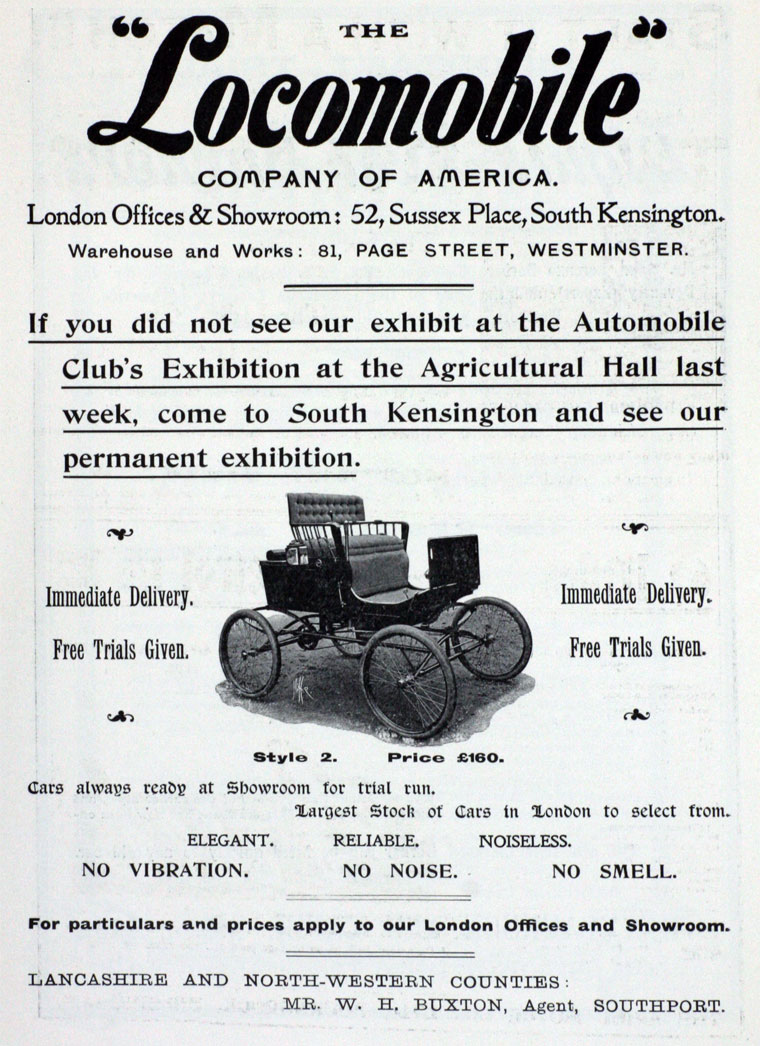 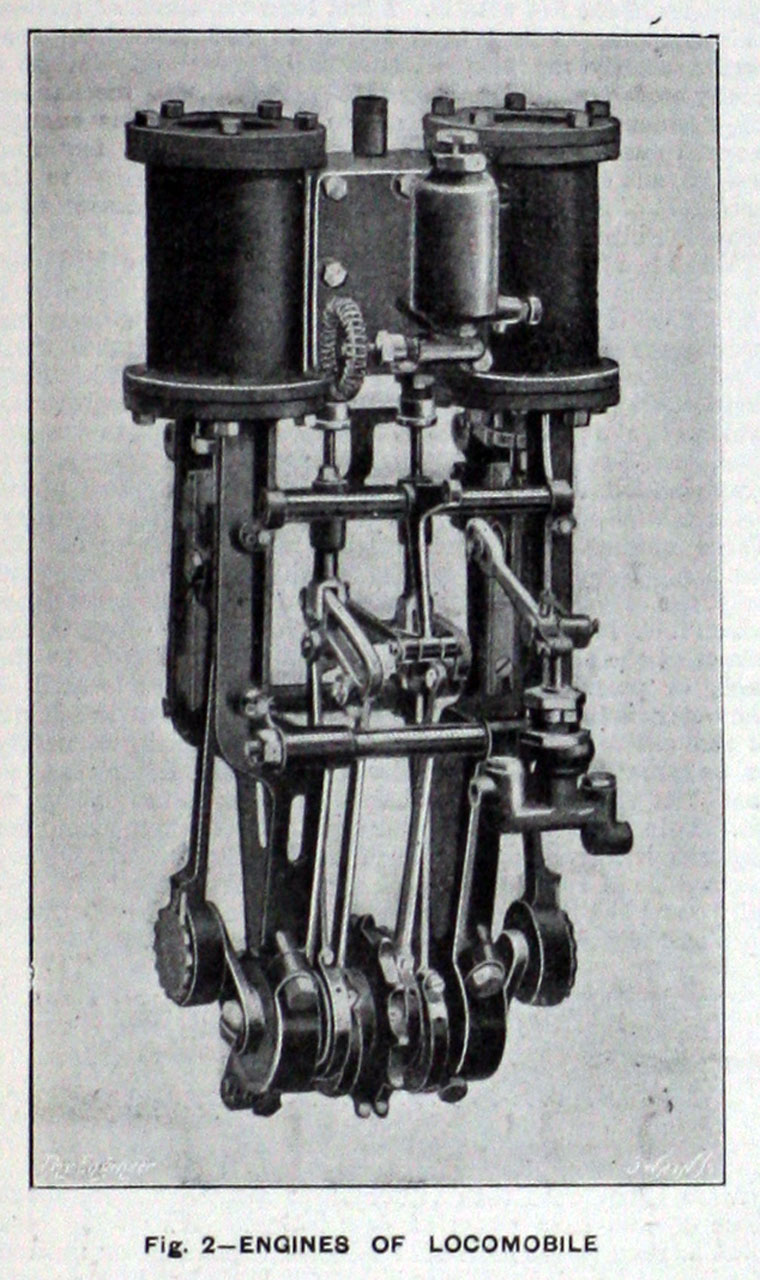 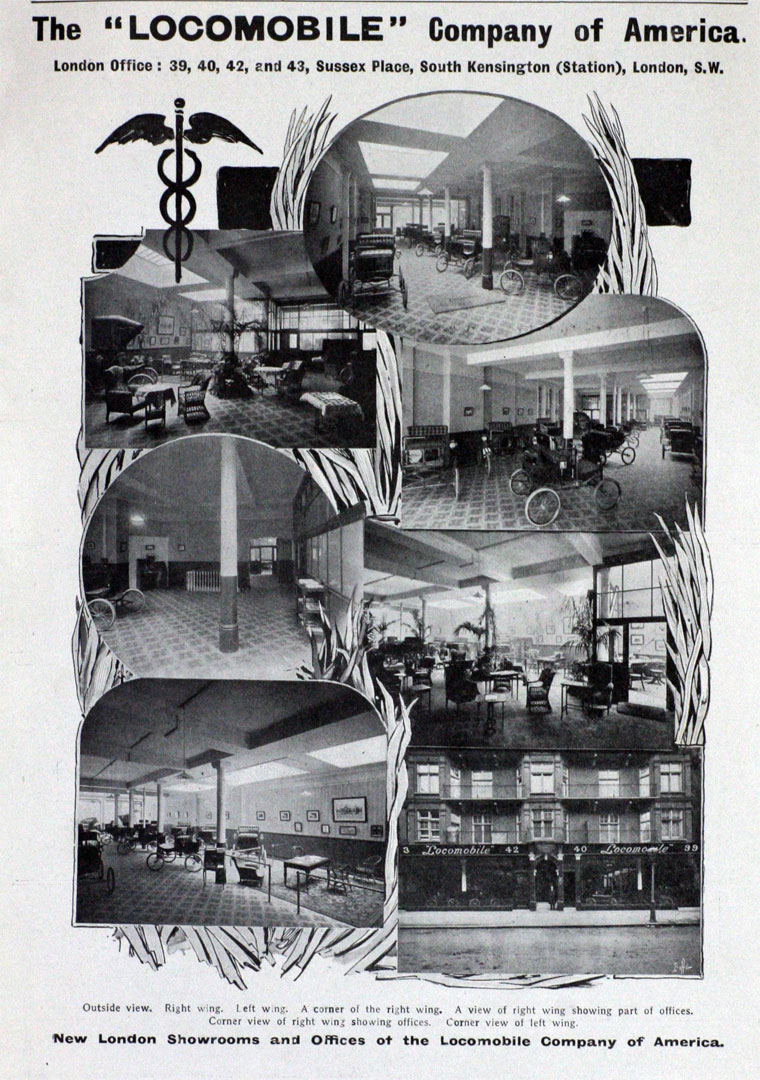 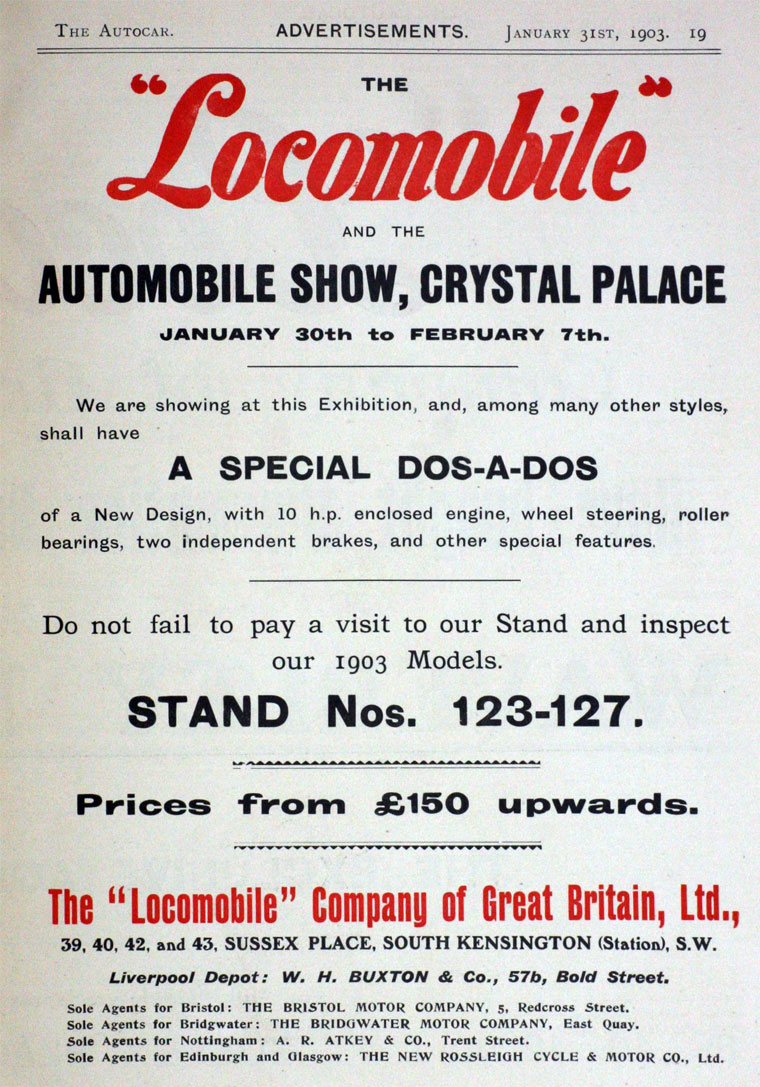 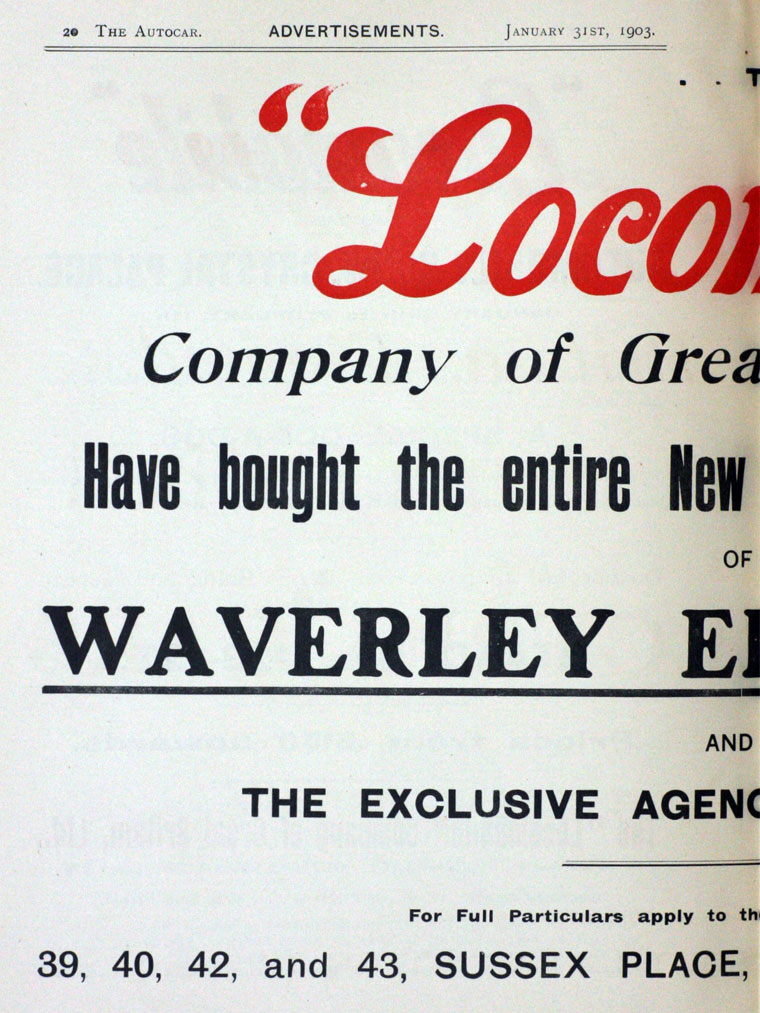 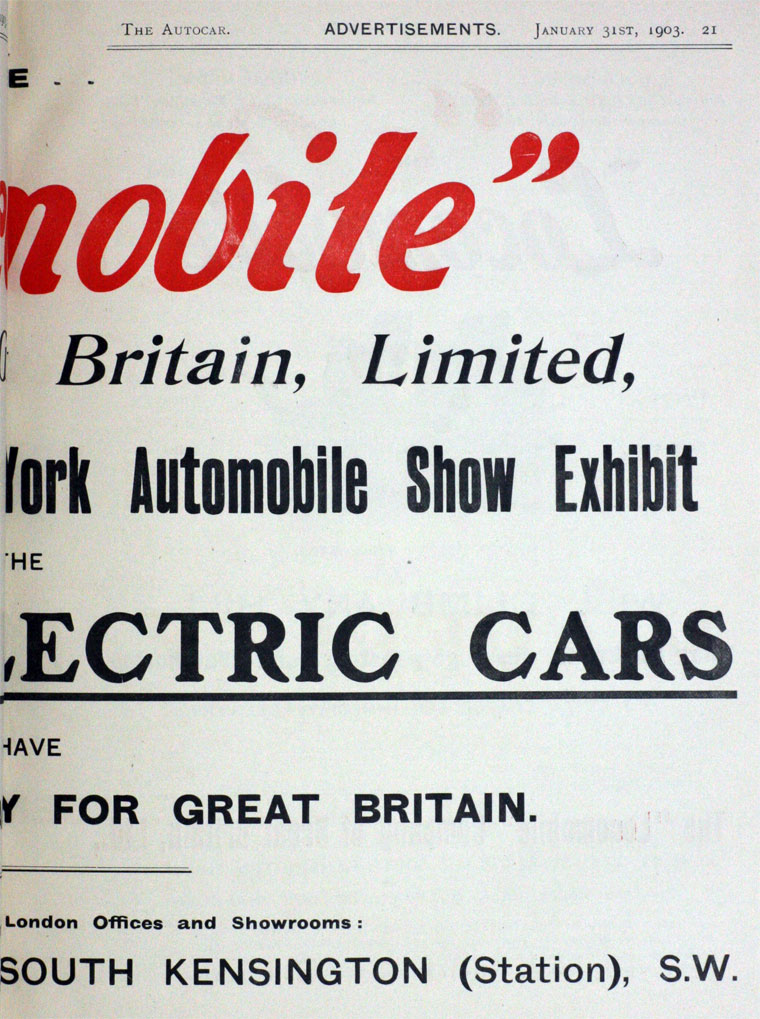 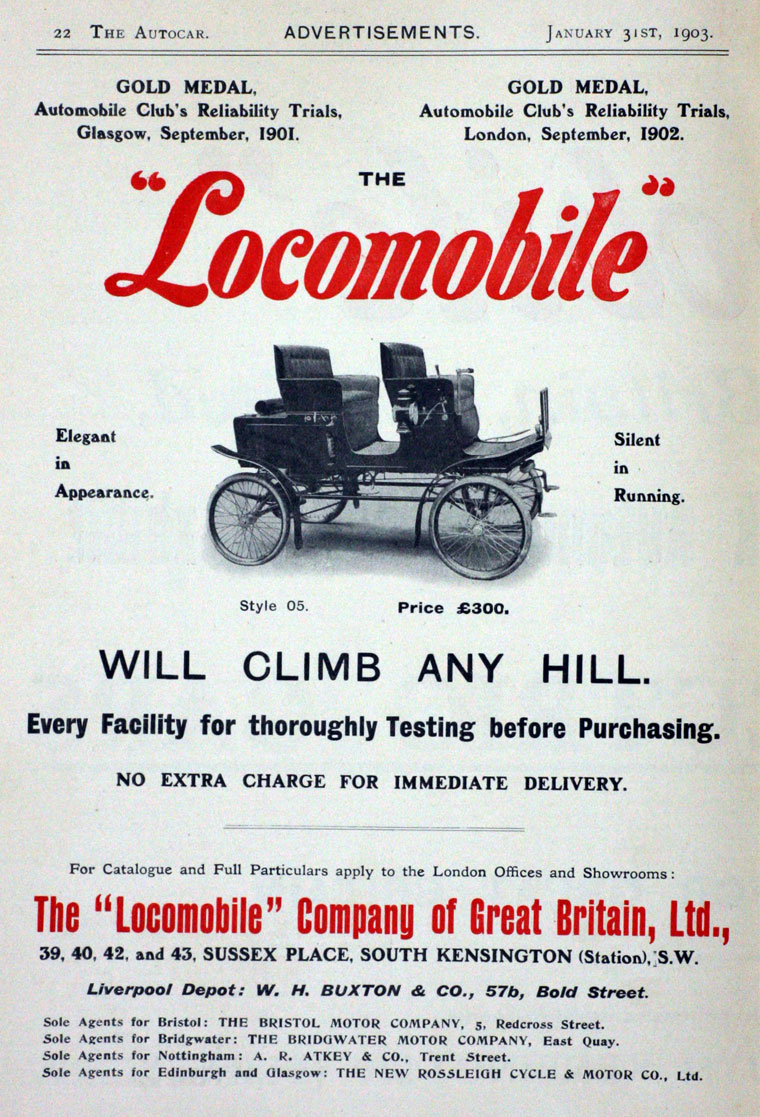 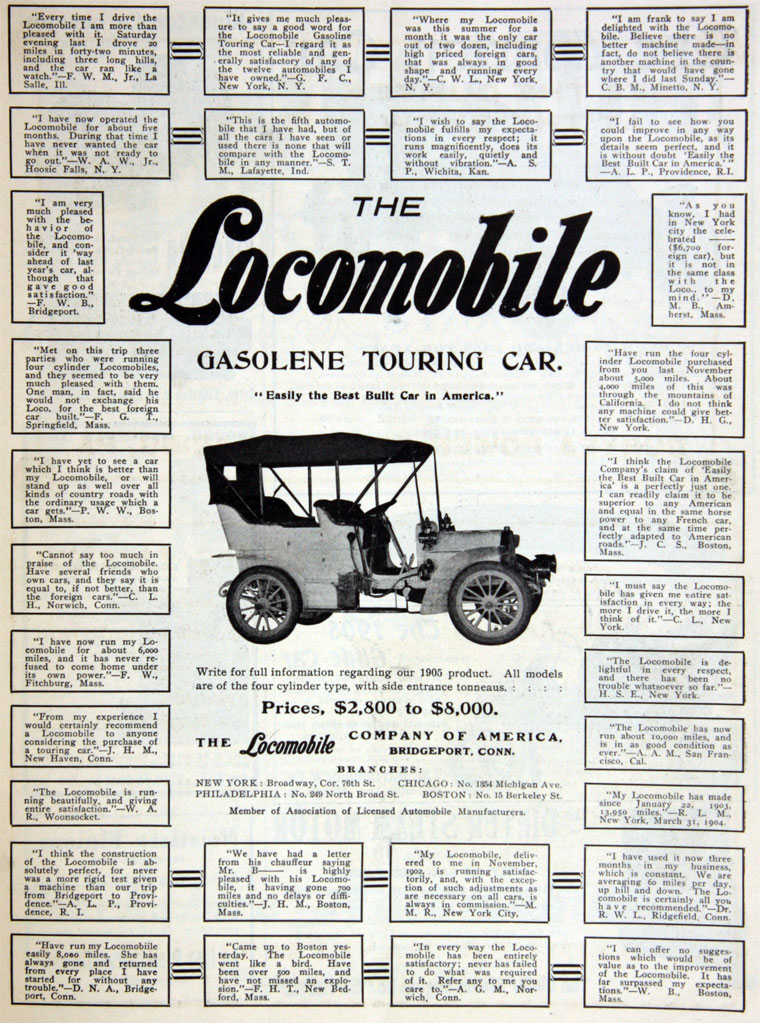 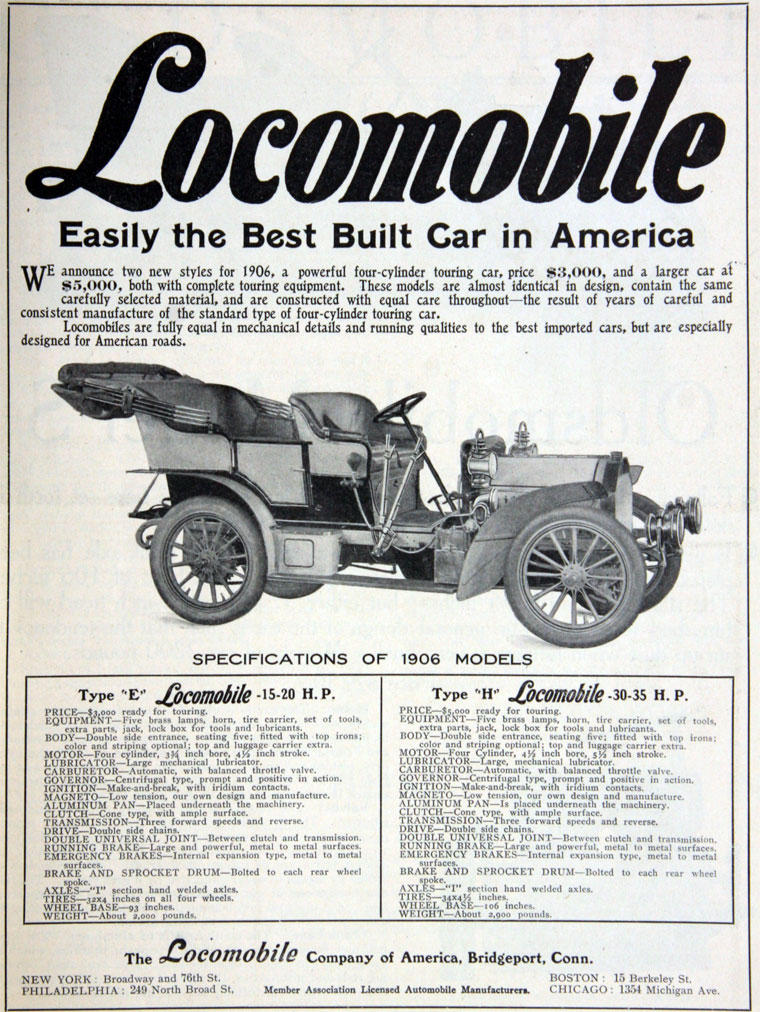 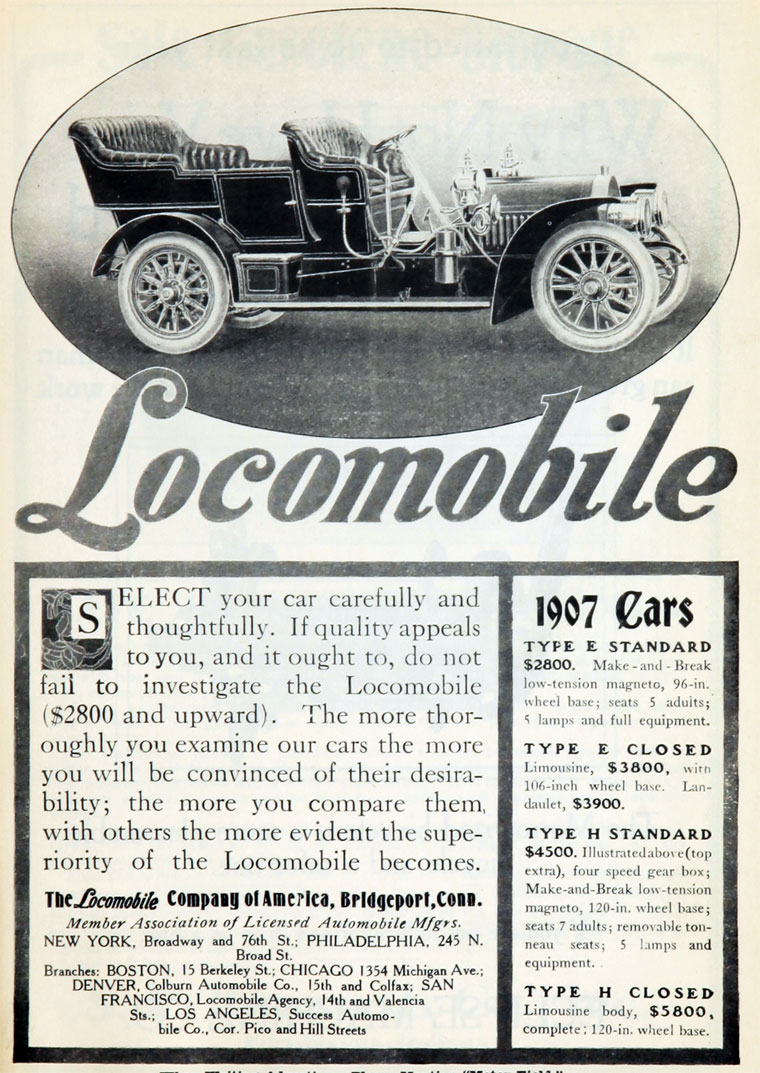 Imported into the UK by Gaston, Williams and Wigmore.

The Locomobile Company of America was a company that produced automobiles in the United States of America from 1899 to 1929 under the brand name Locomobile.

The Locomobile Company of America was founded in 1899. The company began by producing steam cars.

Typical of the product was the 1904 Runabout, which seated two passengers and sold for US$850. The two-cylinder steam engine was situated amidships of the wood-framed car.

Locomobile started experimenting with gasoline internal combustion engines in 1902, starting with a four-cylinder steel-chassis model designed by A. J. Riker. This encouraged the firm to drop steam vehicles the following year, selling the Stanley brothers back their rights for US$20,000.

The 1904 internal combustion Locomobile Touring Car had a tonneau, space for five passengers, and sold for US$4,500. The front-mounted vertical water-cooled straight-4 produced 16 hp (11.9 kW). A 3-speed sliding transmission was fitted, as on the Système Panhard cars it competed with. The angle steel-framed car weighed 2200 lb (998 kg).

In 1922 Locomobile was acquired by Durant Motors, which continued using the Locomobile brand name for their top-of-the-line autos until 1929.