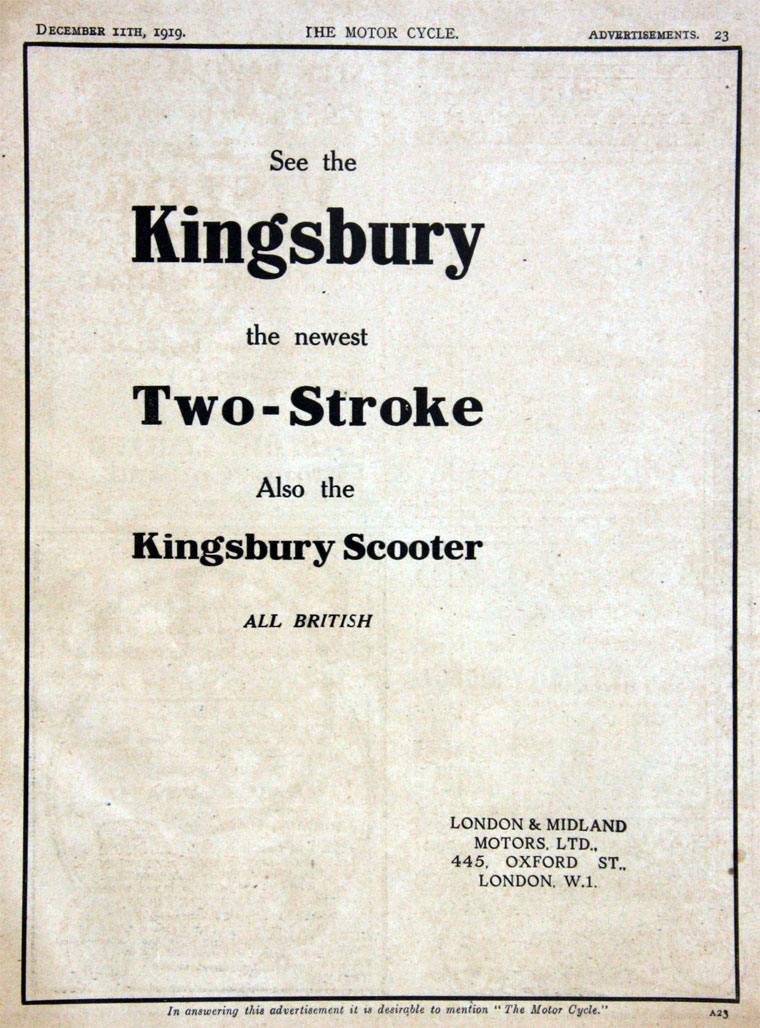 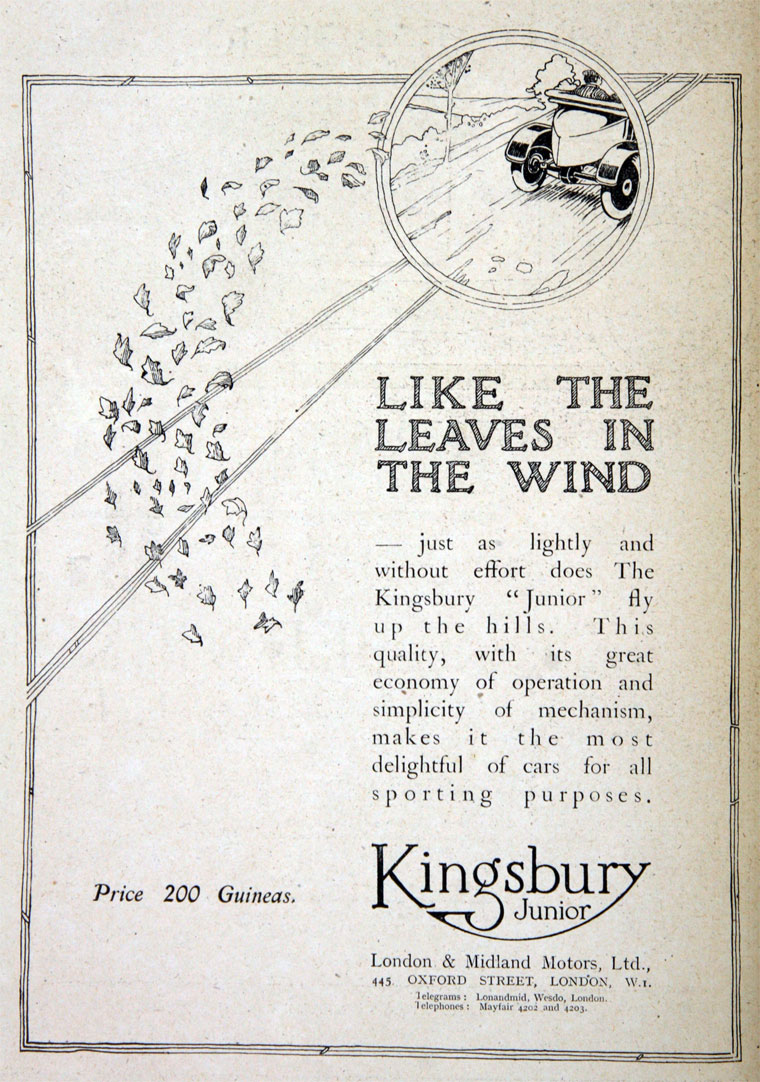 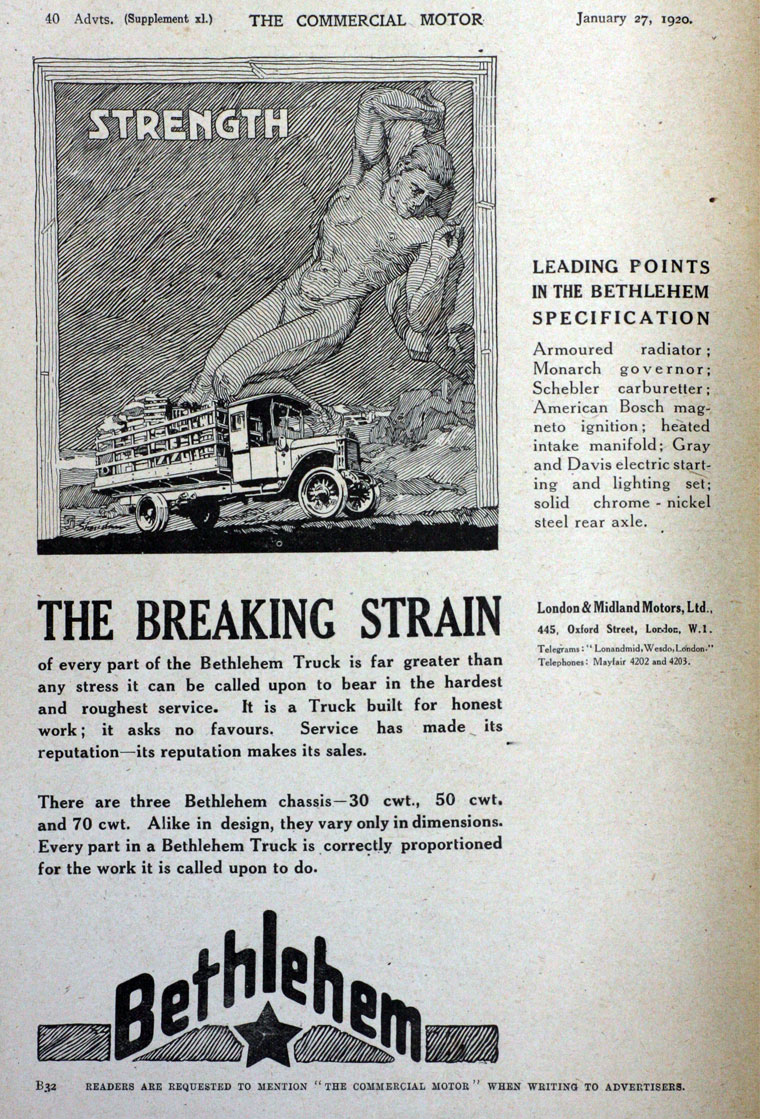 Kingsbury scooters and motorcycles were produced from 1919 to 1923, by aircraft builders in Croydon, Surrey. The machines were sold by London and Midland Motors of London W1.

1919 The first model entered the market after the end of World War I. It had a 2hp two-stroke engine at the front of the platform frame. The rear wheel was driven by chain via a countershaft, it had disc wheels with brakes and front suspension by plungers. Riders had to stand, but a seat later became an option.

1920 A lightweight motorcycle joined the scooter. Conventional in design, it was powered by the same 254cc two-stroke engine, but with two-speed transmission by chain and belt through the maker's own gearbox.

1921 The motorcycle continued, but the original Kingsbury scooter went out of production as the trend for such transport waned.

1923 After the end of the year the marque was no longer listed.