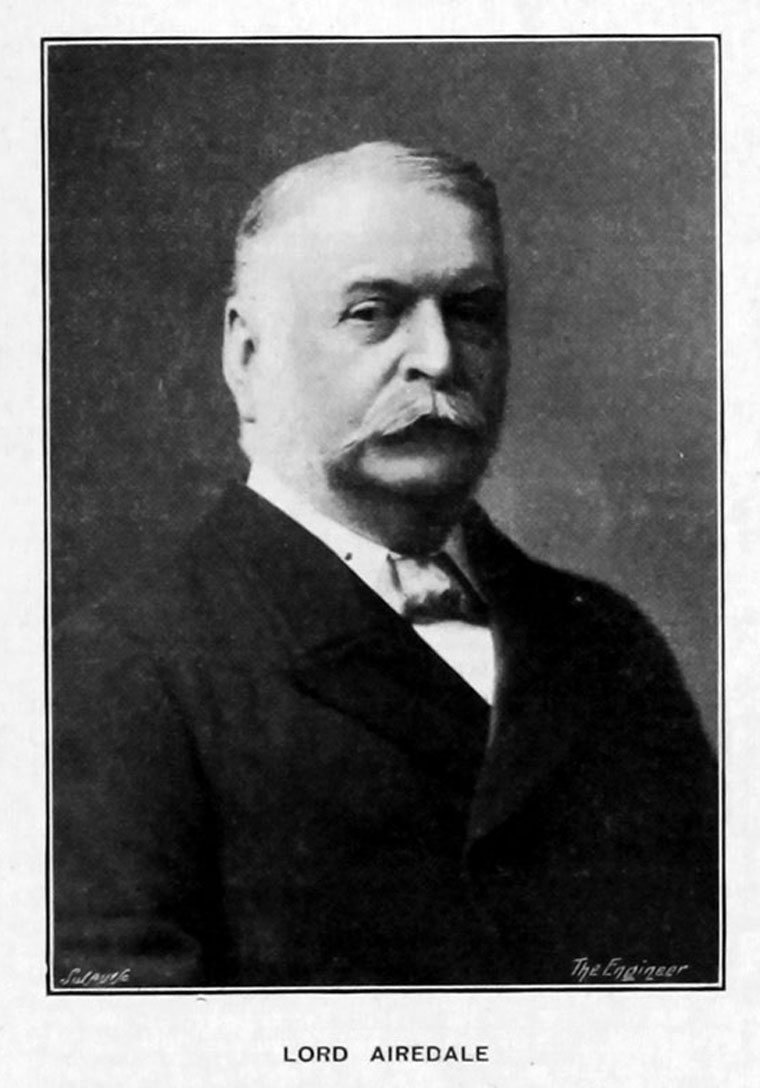 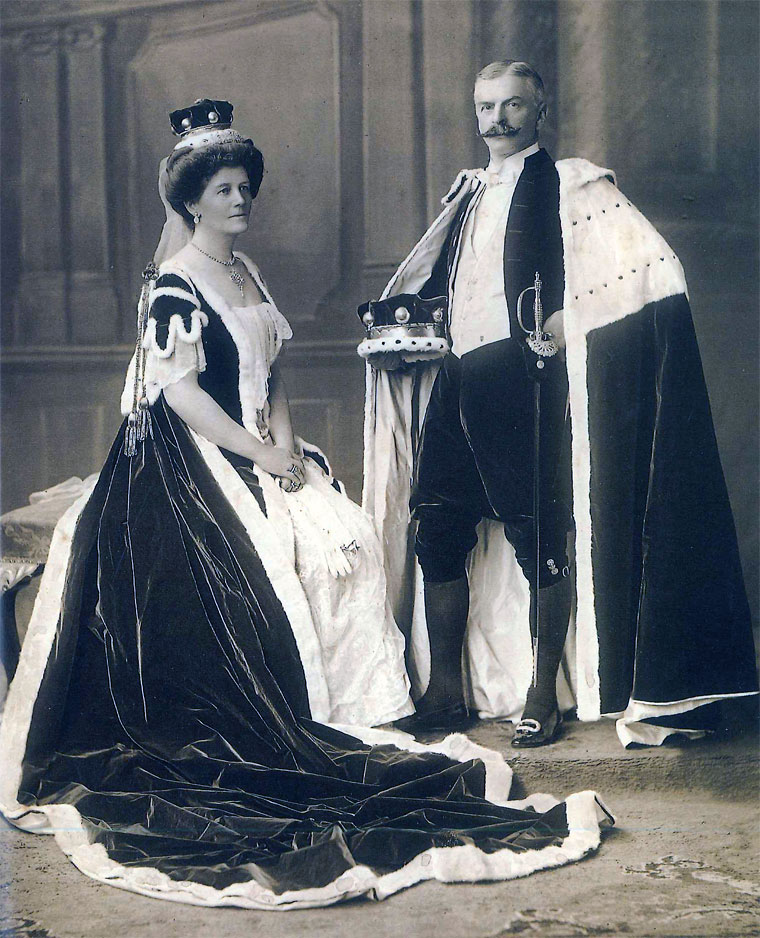 1911. Albert Ernest Kitson and wife at the Coronation. 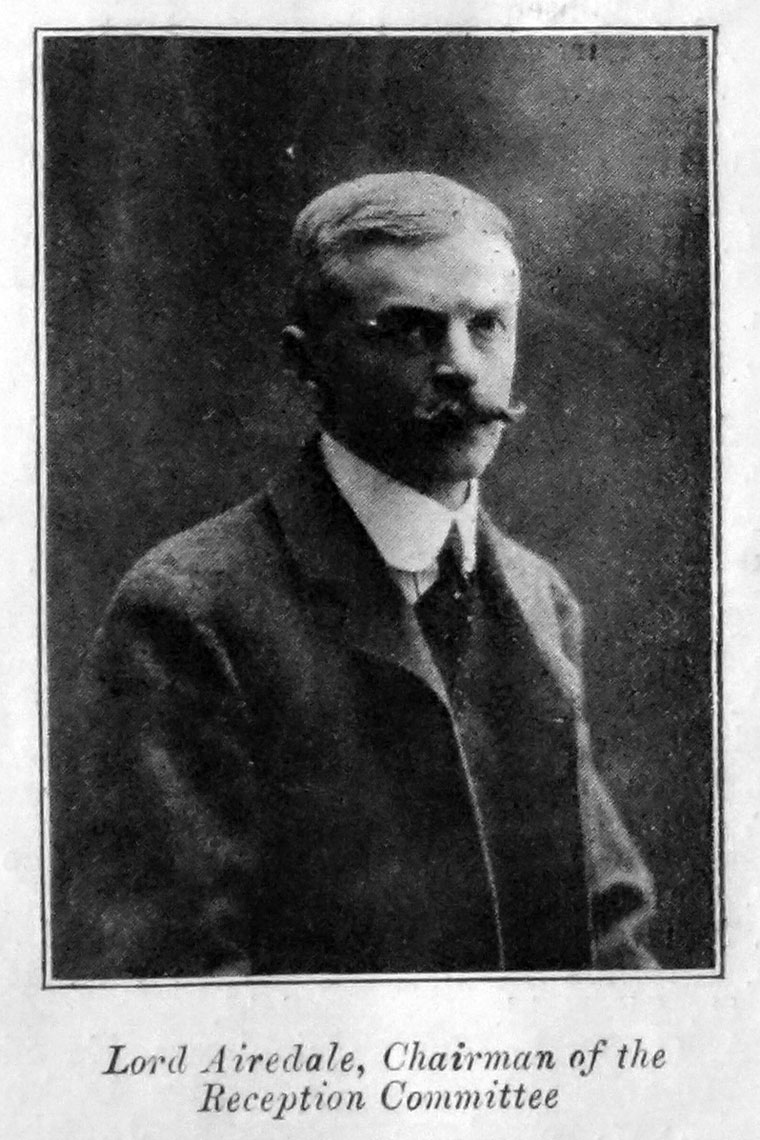 He was educated at Rugby and Trinity College, Cambridge, where he gained a BA, before following his father into the family business.

He married Florence von Schunck on 23 January 1890. Florence was the daughter of Kate Lupton and Edward, Baron von Schunck. The Lupton family was prominent, progressive, and politically active; Kate's father Darnton was a Mayor of Leeds as were two of her cousins, and Kate herself was sent to the school of her relative Rachel Martineau. Kate's husband, Edward, was born in Leipzig and became a naturalised British subject. He was descended from Johann Nathanael, Baron von Schunck (or Schunk), the Duchy of Württemberg's Ambassador to Great Britain in the early 18th century.

Albert succeeded to the titles of 2nd Baron Airedale, of Gledhow, and 2nd Baronet Kitson on 16 March 1911. As Peers of the Realm, both Lord and Lady Airedale paid homage to King George V at his coronation at Westminster Abbey on 22 June of that year.

The couple had seven daughters but no sons. One of their nephews was Christian Darnton, the composer.

1944 March 11th. Died at Stansted, Essex, and the Barony was inherited by his younger brother Roland.

Lady Airedale died in 1942 in Yorkshire